Heart attack: Words no one wants to hear from a physician. The proper clinical and scientific name for a heart attack is “myocardial infarction,” a term less widely recognized but that more accurately captures the direness of the event. The scientific name conveys what happens during an attack: muscle (myo-), heart (-cardial), and cell death from cessation of blood flow (infarction).

Cell death is a troubling occurrence in any tissue, but in the heart, loss of muscle cells means a diminishment of the heart’s ability to function as a pump. Post-myocardial infarction, the heart cannot pump as much blood or cannot pump it as efficiently. That poses a work capacity problem. It also poses a survival problem. There are about 800,000 heart attacks each year in the U.S. About 200,000 of those will be second or repeat occurrences. Within those data, approximately 12 to 25 percent of the attacks will prove fatal.

A myocardial infarction occurs when a coronary artery, or one of its divisions, becomes blocked. The block stops blood flow to every downstream division of that artery and cuts off oxygen delivery, nutrient delivery, and waste removal from the heart muscle in the region fed by the blocked artery and all its downstream divisions. This area is called the “perfusion field.” As a result of the blockage, necrosis occurs, which means cells die. This begins to happen within 20 minutes of the onset of symptoms.

Occlusion leading to infarction can occur in either the left or right main coronary artery. It is commonly held that the left anterior descending coronary artery is the most frequently involved coronary artery. However, at least one study (1) shows a different distribution of occurrence:

Left coronary artery and its divisions – 13%

Circumflex artery and its divisions – 38%

Right coronary artery and its divisions – 49%

Regardless of location, the higher up the coronary arterial tree the blockage occurs, the larger the perfusion field. Blockages leading to infarction over a large area have long been known to be more deadly than small area infarctions (2). If we consider how much area needs to be affected to increase mortality, we find that humans are robust and the heart can keep us alive with as low as 25% of its original functional capacity. That level of function has severe limitations, and life expectancy with a 25% output is less than 10 years. With respect to small area infarctions, it is estimated that around 200,000 people in the U.S. have heart attacks each year and do not know one has occurred — a function of very small vessel occlusion and the robust adaptive capacity of the heart. 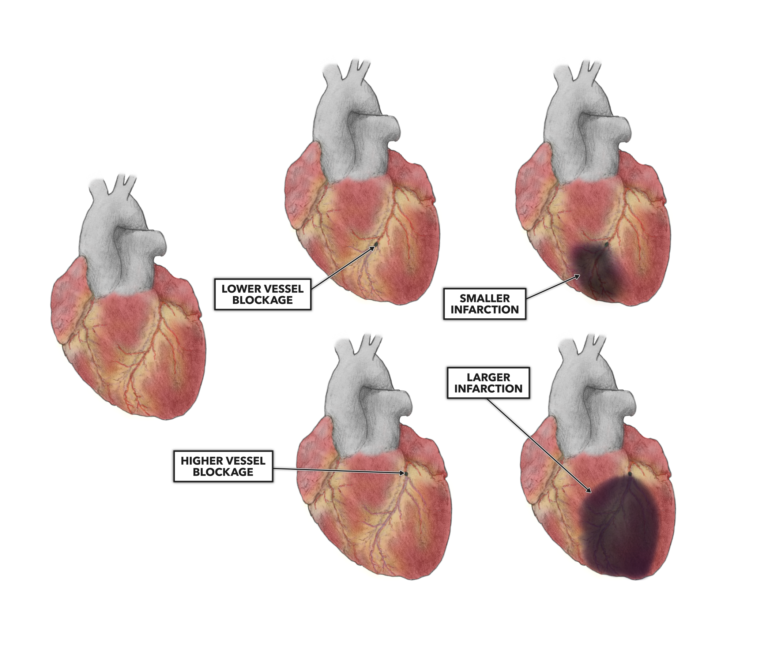 Figure 2: The further down the vascular tree the blockage occurs, the smaller the infarcted area.