Coronary circulation includes important arteries and veins that perfuse the heart. The blood inside the atria and ventricles does not directly support the heart muscle; the heart has to deliver and drain blood as it does for any other muscle. However, these arteries and veins represent a site-specific network. The right and left main coronary arteries diverge from the aorta as soon as the aorta emerges from the cardiac mass, and they then spread out along the surface of the heart, with vessels dividing and penetrating down into the heart to provide extensive blood flow to all parts of this essential muscle. 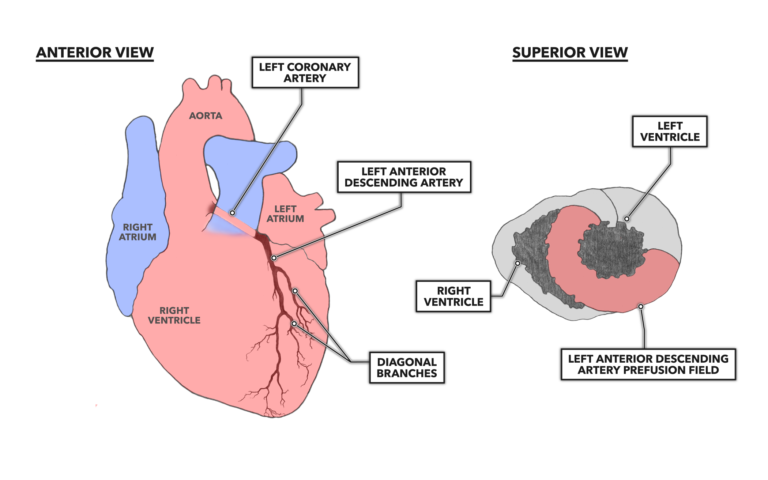 Figure 1: The elements of the left anterior descending coronary artery (left). Note this image depicts surface vessels; there is significant branching and penetration of offshoots of these vessels throughout the myocardial muscle. The image on the right estimates the perfusion field fed by the left anterior descending coronary artery and its downstream divisions. 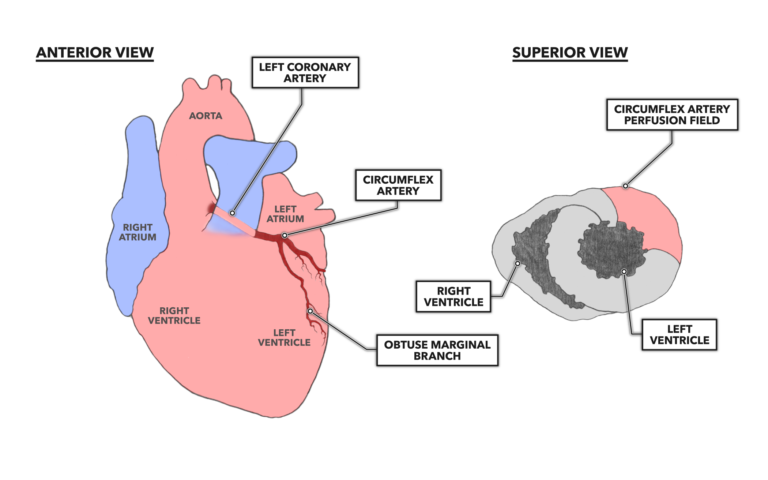 Figure 2: The elements of the circumflex coronary artery (left). The image on the right estimates the perfusion field fed by the circumflex artery and its downstream divisions. 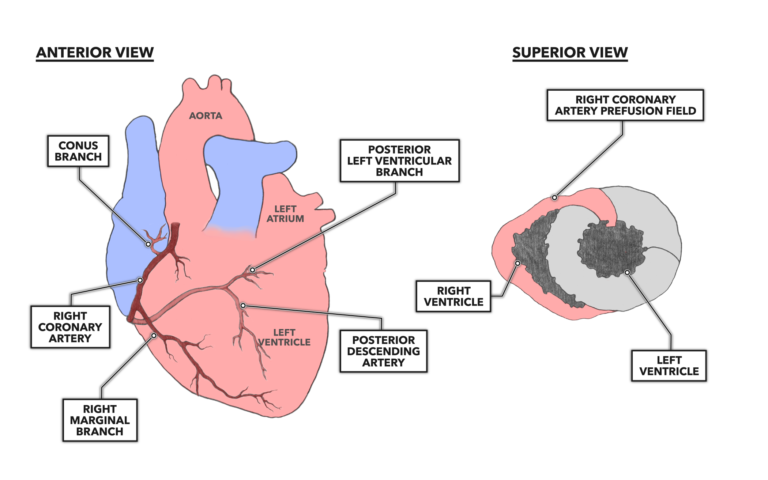 One thing that is certain is that every coach or trainer will work with someone, or many people, with atherosclerosis. Having a functional knowledge of first aid and an established emergency plan as well as maintaining continual surveillance on all athletes during exercise is a necessity for fitness professionals.