Eating a Western diet impairs the immune system in the gut in ways that could increase risk of infection and inflammatory bowel disease, according to a study from researchers at Washington University School of Medicine in St. Louis and Cleveland Clinic. 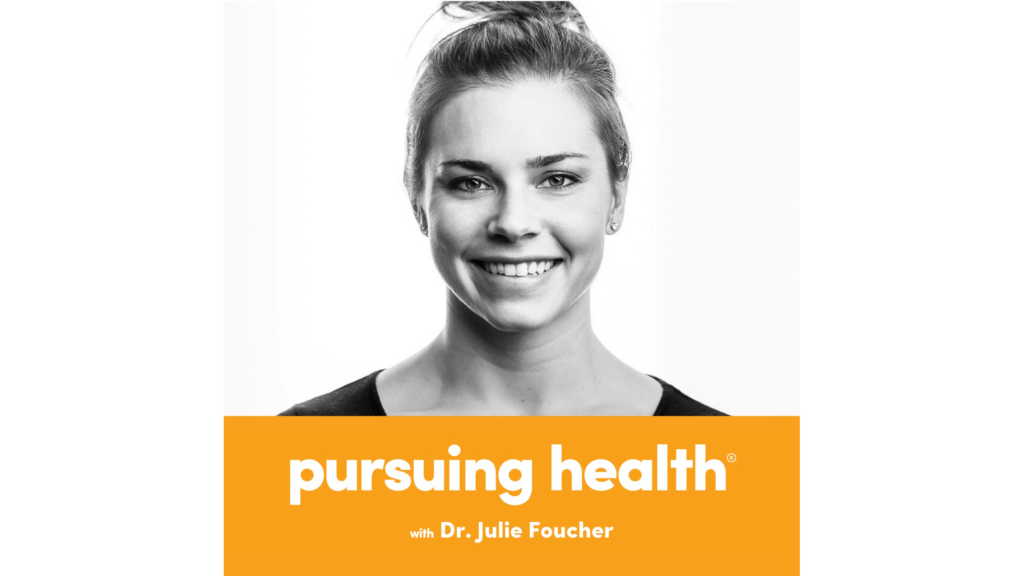 Pace Yourself: Max Finkbeiner and Kate Caines on Metabolic Conditioning

"'Imagine you’re doing thrusters, but you can breathe like you’re going for a walk.' Max Finkbeiner and Kate Caines have developed a methodology to help do just that. By using science, data, targeted assessments, and technology, they derive relative intensity personalized to individuals. These athletes can then use this information to inform their training, making sure to work on all of their energy systems with their own personal targets in mind."

Listen to the PodcastPace Yourself: Max Finkbeiner and Kate Caines on Metabolic Conditioning

"When dementia runs in a family both genetics and non-genetic factors, such as dietary patterns, physical activity and smoking status, affect an individual's overall risk. This means there may be opportunities for reducing risk by addressing those non-genetic factors."

The Scary Connection Between Ultra-Processed Foods, Sugar, and Cancer

"Whether you're munching on salty snacks or sugary treats, it's no news that any type of processed food isn't great for your waistline—especially if you're eating it in place of fresh fruits and vegetables or other healthy foods like legumes and nuts. However, what's even more concerning is processed foods' ability to wreak major havoc on your health later down the line."

How Much Is Too Much? The Growing Concern Over Too Much Added Sugar in Our Diets

For most people, experts agree that some added sugar in the diet is fine. But the truth is, most Americans are consuming way too much — on average, nearly 57 pounds of added sugar per person, every year. This could be affecting us in ways that make us prone to craving more sugar and to obesity.

Read the articleHow Much Is Too Much? The Growing Concern Over Too Much Added Sugar in Our Diets

How CrossFit Prepared Me for Chemo

"The lessons I learned from CrossFit quickly became serendipitous when I was diagnosed with cancer because my whole approach to chemo was an exact replica of my mental mindset for CrossFit. Little did I know that I already had all the tools to handle chemo as I was already using them at the gym." — Heather Schimke

Read the articleHow CrossFit Prepared Me for Chemo

"David Haase, MD, is a doctor, teacher, author and innovator. In his practice, he strives to be a super-generalist, looking at the human body as a whole and applying relentless curiosity to identify and treat the root cause of a patient’s disease. — In this episode, Dr. Haase and I talk about the importance of curiosity, the potential of the human brain, and how better questions lead to better answers, specifically in regard to our own health journeys."

Listen to the PodcastSuperhuman: Dr. David Haase on Unlocking your Brain’s Potential

Why You Should Never Eat Potato Chips With Diet Coke, According to Brain Science

"The human brain, it turns out, can be tricked by aberrations in the form of dinosaur-shaped chicken nuggets, energy drinks containing artificial sweeteners, yogurts enhanced with weird flavors or breakfast cereals in shapes and colors that don’t exist in nature."

Read the articleWhy You Should Never Eat Potato Chips With Diet Coke, According to Brain Science

"We assessed the impact in recently published research. We found that the health promotion levy coincided with large reductions in purchases of taxable beverages, in terms of both volume and sugar quantities."

Emeritus Professor of Pediatrics Robert Lustig observes sugar-sweetened beverages "have two addictive substances in them: sugar and caffeine. But sugar is worse, because of its detriments to metabolic health, and because it is hidden in processed foods without our knowledge. We know how difficult it is to break sugar addiction, but this study shows that with both personal and societal intervention working together, it is nonetheless achievable.”

Read the EditorialIs It Time for a Lockdown on Sugar?

A Neurosurgeon on Healing Back Pain with Functional Movement

Dr. David Johnson is a brain and spinal neurosurgeon who has had a pioneering role in the establishment of multidisciplinary spinal practices and holistic care for neurosurgical patients in Brisbane, Australia. He is also the co-owner of CrossFit Neuro, the first clinical CrossFit affiliate. By combining his passion for CrossFit, Olympic weightlifting, neurosurgery, and science, Dr. Johnson works to deliver the fundamental message that learning to move proficiently is key to preventing movement dysfunction which can lead to chronic back pain symptoms. Many of Dr. Johnson's patients go on to become members of his affiliate as a part of their recovery process to rehabilitate and to avoid future spine surgery.

Listen to PodcastA Neurosurgeon on Healing Back Pain with Functional Movement

Earlier this week, a Mayo Clinic study found increased exercise capacity reduced risk of COVID-related hospitalization, even after correcting for diabetes, pulmonary disease, and other comorbidities.

Do genes determine response to obesity therapy? In this study of 1,198 German in-patient children, only 5 out of 56 genes showed a signal. The authors concluded, "Genes appear to play a minor role in weight reduction by lifestyle in children with overweight or obesity." No shocker here. It's not the genes. It's the food.

"That ultra-processed food is associated with mortality was already known. But this study went further, looking at what in the food was the problem. The only ingredient that generated a signal was sugar. Why am I not surprised? How many different ways do we need to show this? And when will governments and the food industry wake up?" —Dr. Robert Lustig

COVID-19 Mortality: A Matter of Vulnerability Among Nations Facing Limited Margins of Adaptation

Researchers in France analyzed potential associations between five factors (demography, public health, economy, politics, and environment) and COVID-19 mortality rates. They found higher GDP and longer life expectancies were associated with greater risk of death from COVID-19 and claim this may be due to the prevalence of chronic disease and sedentarism in these populations. They conclude, “In the COVID-19 case, an advisable strategy may be to increase ... immunity and resilience and prevent sedentary behaviors through higher physical activity and better physical fitness. Hence, political strategies restricting physical activity (e.g., closing sport facilities) may ... (inhibit) the enhancement of population immunity in response to present and future viral aggressors.”

Read The StudyCOVID-19 Mortality: A Matter of Vulnerability Among Nations Facing Limited Margins of Adaptation

“Exercise is known to be associated with reduced risk of all-cause mortality, cardiovascular disease, stroke, and diabetes, but its association with mental health remains unclear,” write the authors of a 2018 study published in Lancet. To study this association, the researchers compared the exercise habits of 1.2 million Americans to their self-reported mental health. Exercisers averaged 1.5 fewer days of poor mental health each month than non-exercisers, a 40% reduction. Among individuals with diagnosed depression, exercise reduced the number of days of poor mental health by 3.75 days per month, a 35% reduction. The greatest mental health benefits were associated with three to five 45-minute exercise sessions per week. Overall, the study found meaningful improvements in mental health across a large sample of the population.

Médicos Meet Metcons: How Two Doctors in Brazil Are Trying to Bring CrossFit to the Medical Profession

Two doctors in Brazil are correcting their colleagues’ misconceptions about CrossFit, 100+ people at a time. Armed with first-hand experience and science, Dr. Rodrigo Jasbick and Dr. Bruno Cardoso are holding monthly Zoom meetings to talk with other doctors about how and why CrossFit can help counteract or prevent a whole host of chronic diseases.

Read MoreMédicos Meet Metcons: How Two Doctors in Brazil Are Trying to Bring CrossFit to the Medical Profession

The Origin of the Paleo Diet

Dr. Michael Eades and Dr. Katina Thornton discuss the origin of the Paleo diet and how low-carb eating can have a quick and positive impact on a person's health.

Watch The Origin of the Paleo Diet

Dr. Bret Scher is a board-certified cardiologist and lipidologist based in San Diego, California. He is also the medical director at DietDoctor.com, the world’s leading website on low-carb diets. Here he discusses his recommendations for how to optimize health with nutrition, mindset, and sleep habits.