CrossFit | The Gastrointestinal System: The Pancreas

The digestive processes within the small intestines are affected by influences outside the anatomical boundaries of the alimentary canal itself. One such influence is the pancreas, which has both exocrine and endocrine roles in digestive and metabolic functions.

The pancreas is located within the abdominal cavity and measures approximately six to 10 inches in length (approximately 15 to 25 cm). Part of the gland’s mass is wedged between the posterior stomach and anterior vertebral column at the level of the pyloric sphincter and within the curvature of the duodenum. A thinner tail traces along the proximal jejunum then angles laterally to the left, inferior to the stomach and terminating near the spleen. It also lies inferior to the liver. 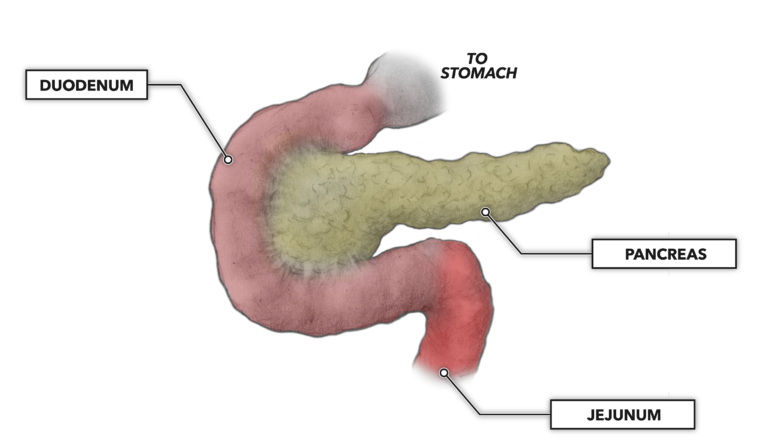 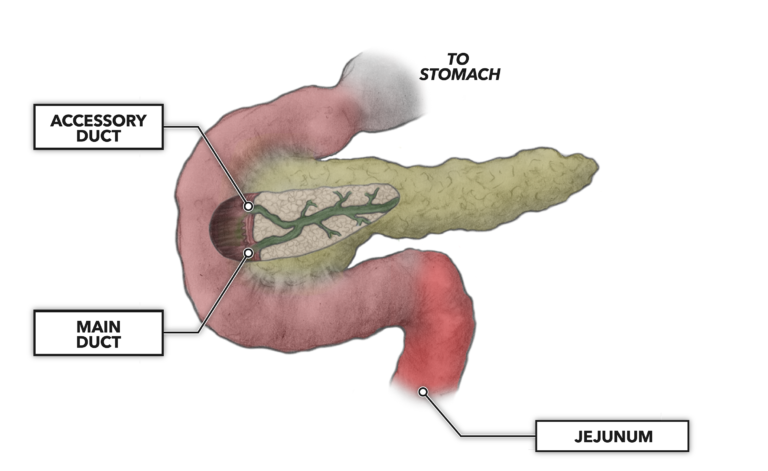 The secretions from the pancreas are exocrine and endocrine. The majority of pancreatic tissue, about 95%, is dedicated to exocrine function, specific to the small intestine, via the release of several enzymes:

When food enters the stomach, these pancreatic enzyme secretions are released from pancreatic tissue into a system of internal ducts that merge, collect, and culminate in the main pancreatic duct. This main duct penetrates into the duodenum at the same location as the main bile duct, the merger of the common hepatic duct of the liver and the cystic duct from the gallbladder.