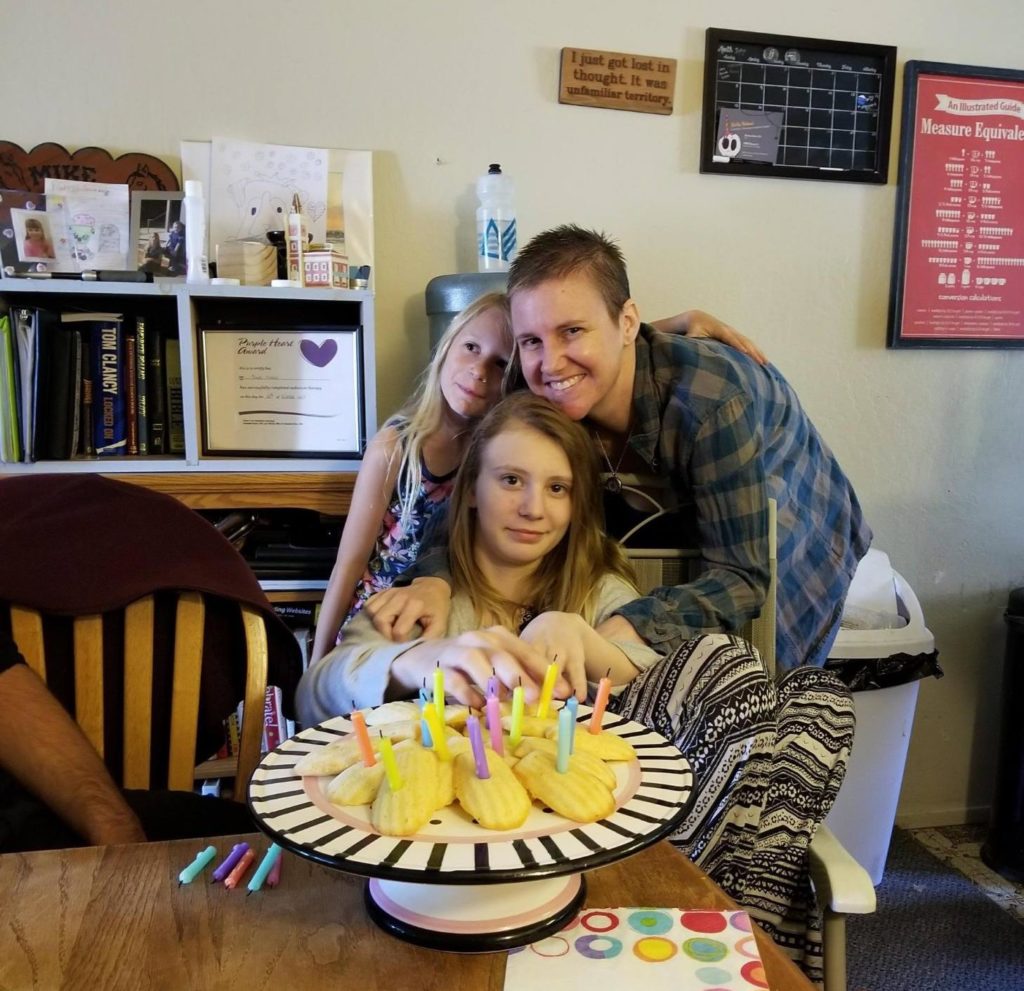 Marks celebrates a birthday with her family with self-baked madeleines.

Dina Marks was working as a pastry chef at Michael’s on Main in Soquel, California, baking warm brownies, crisp-topped crème brulées, and strawberry shortcakes when the pain drove her to visit the emergency room.

Marks was surprised when she learned she was pregnant.

“Well, you know, I’ve had two surgeries for that not to happen anymore,” the mother of three told the doctors.

Fearing a potentially high-risk pregnancy, the doctors then recommended an additional surgery to remove her fallopian tubes.

“So they did that, and I still came back pregnant,” Marks said.

But the doctors still couldn’t find the baby, and when Marks started bleeding profusely, she was rushed in for an emergency hysterectomy that changed the situation entirely.

“You’re not pregnant,” the doctors told her when she came to. “It’s stage 3 cervical cancer.”

“It was a shock,” Marks said. “How do you go from being pregnant to having cancer?”

Marks went into an aggressive treatment cycle that included chemo once a week and radiation five times a week.

“I was sick the whole time,” she said.

She lost 14 pounds in one week.

The doctors told her if she lost any more weight, she wouldn’t be able to undergo a surgery recommended for her treatment — “a surgery that ultimately ended up saving my life,” she said.

So Marks found a few things she could stomach — broccoli, mashed potatoes, and artichokes — and she did what she could to keep getting nutrients and stay active.

“I was known as ‘The Girl With the Puke Bag,’” Marks said, recalling the particularly dark time. “I had it everywhere I went.”

But the puke bag wasn’t her only constant companion. Two weeks before that initial trip to the ER, she got a new puppy, a beagle named Buster, and caring for him helped her get out of bed every morning. 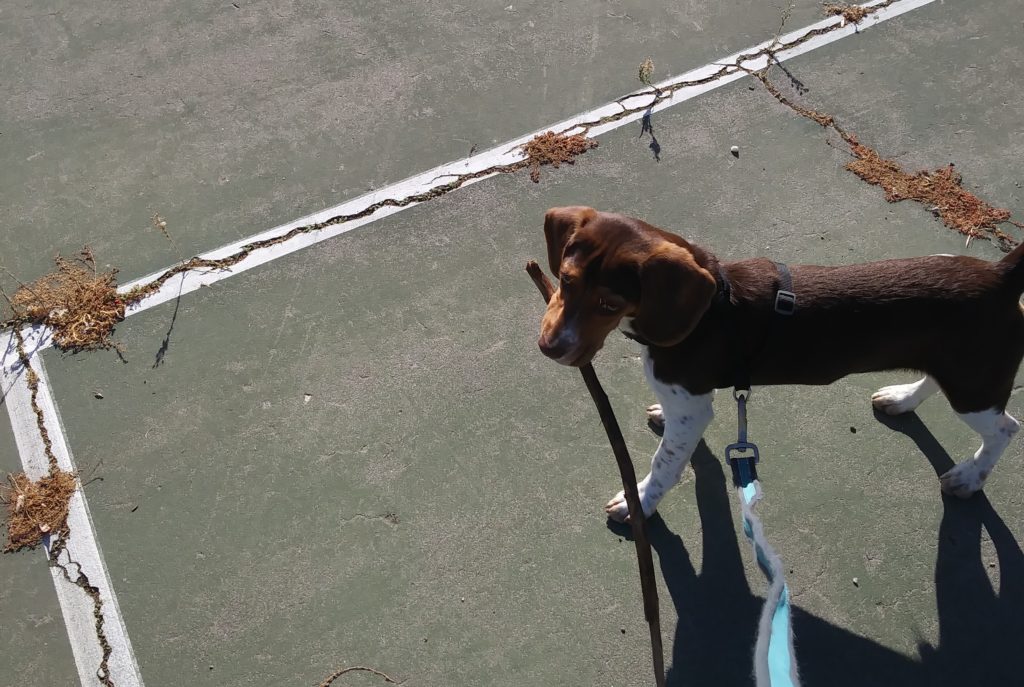 “I had to take him for a walk,” she said. And of course, she’d take her puke bag with her, starting small with a quarter-mile trek behind Buster’s wagging tail. When she could, she increased the distance to a half mile, then three-quarters of a mile, stopping to vomit as needed along the way.

Sick and lingering in the uncertainty surrounding her own mortality, Marks underwent multiple surgeries in the year following her diagnosis. One surgery led to the discovery of more tumors, and their removal left a gaping hole in her colon. Then, during another surgery to remove lymph nodes, her medical team discovered a previous surgery had stitched over some of her tumors, making them impenetrable by the radiation.

“And so I had to go in and get electrodes directly attached to the lymph nodes and have radiation directly, and that was a two-day process of just having electrodes sticking out of my hoohah,” Marks explained.

All is well, right?

“Most people think — you see it on TV, you read about it — someone gets over cancer and everything’s wine and roses,” Marks said. 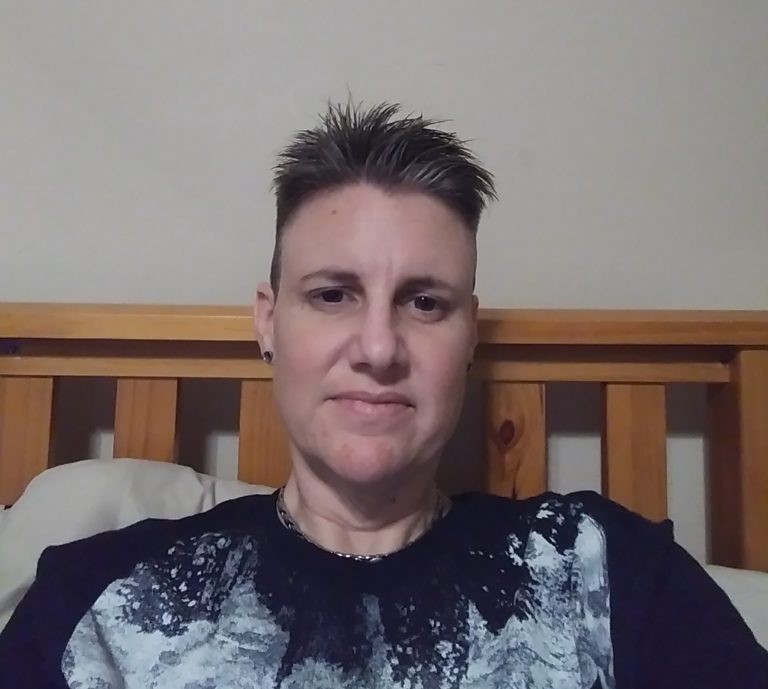 She found that if that’s the case, it was wine and roses with a side of depression and a heaping helping of pain.

“Everything’s beautiful. Everybody has a newfound view on life” after surviving cancer, Marks said. “I kept thinking something’s wrong with me, because I don’t feel that way.”

According to Dr. Mary Reid, MSPH and Ph.D., “Feeling anxious or depressed after completing cancer treatment is more common than people think. Approximately 18 to 20% of adult cancer survivors report symptoms of anxiety and depression at some point during the first 12 months after treatment.”

Nevertheless, post-treatment support isn’t always as robust as it could be for people experiencing these symptoms.

She had battled her way out of cancer, but “I couldn’t battle my way out of depression,” she said.

She knew she had to try, though, for her family, for her beloved beagle, and for herself.

Marks goes in for regular check-ups every six months to make sure the cancer hasn’t returned.

And she’s found a potent ally in her struggle with depression and the ever-present specter of a cancer recurrence.

“I started working out on my own at home,” Marks said.

Marks was watching videos and practicing Olympic lifts by herself when she came across a video of Tia-Clair Toomey. Then she watched a video of Sara Sigmundsdottir. Before long, she decided to give this whole CrossFit thing a try. 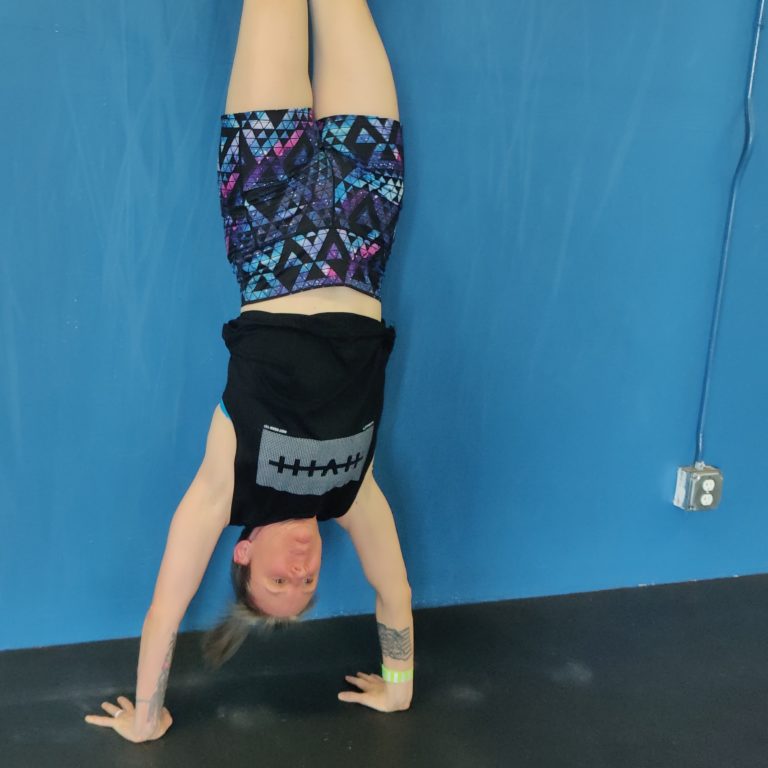 Marks practices handstands at the gym.

Now living near Paso Robles, California, Marks started going to CrossFit Ergo, where she met coach and owner Mike Turnquist and came to an important realization:

Intrigued by the changes she was experiencing, Marks started doing her own research into the effects of exercise on the human body.

“I know that my bones are stronger. I know I’ve built more red blood cells. I know that I’ve built an immune system that may not be perfect but is better than it would have been had I not started CrossFit,” Marks said.

In CrossFit, we would characterize what Marks described as an example of how fitness creates a hedge against sickness. On CrossFit’s sickness-wellness-fitness continuum, Marks has moved herself closer to fitness. She now has further to travel along the continuum to get back to sickness.

“CrossFit is kind of like my, if it comes back, I have a way to fight it type of deal,” she said.

So with this bastion of security against cancer and depression on her side, why is Marks angry?

During Marks’ independent research, she started reading up on nutrition and cancer metabolism.

The scientific journal Nature defines cancer metabolism as “the alterations in cellular metabolism pathways that are evident in cancer cells compared with most normal tissue cells.”

“I learned how sugar can feed into your cancer cells,” Marks said, which of course was a jarring discovery for a pastry chef.

After reading about how some people battling cancer had found healing by altering their food sources, Marks enrolled in nutrition classes where she learned how sugar “is literally like a drug.”

“It releases hormones to make you feel good in such large amounts that the next time … you don’t feel as good unless you’re eating even more,” Marks explained. “It is basically causing a lot of arthritis and a lot of other chronic diseases, which is making it really hard for people to want to get out there and start moving.”

Marks, now a certified nutritionist, followed her nutrition courses with the CrossFit Level 1 Certificate Course, which of course underscored these hard truths about the dangers of excessive sugar consumption. 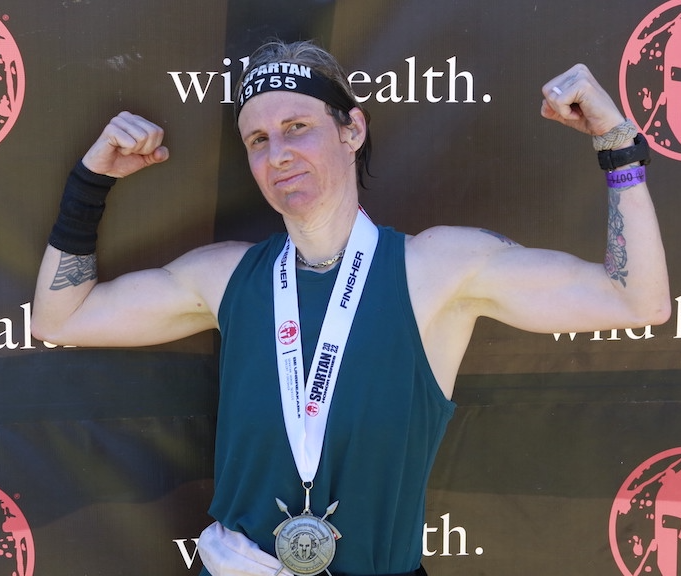 Marks enjoys using her fitness for half marathons and Spartan races.

She made a decision:

“I wanted to teach people that, gosh, what I used to give you can cause cancer,” she said.

And her newfound perspective through nutrition and CrossFit has become the source of her anger.

While in cancer treatment, Marks consulted with a nutritionist who told her, “Do not change what you’re eating. We don’t want to shock your body.”

Marks noted the nutritionist didn’t even ask her what she was eating.

“After going through nutrition classes, that made me really, really angry,” she said.

She now wonders if she could have dealt with the illness with a less extreme chemo and radiation regimen “if they had told (her) about the right diet,” she said.

Now Marks is doing what she can to better support others who find themselves in similar situations. For the former pastry chef, this has involved using her expertise in nutrition and CrossFit to serve as a nutritionist and trainer at a rehab center.

Fueled by her anger and a largely sugar-free diet, Marks put down her puke bag, picked up books and a barbell, and armed herself for the next fight.

The Battle Cancer Program is a 12-week, fully funded program designed to reintroduce those recovering from cancer into fitness, mobility, and strength training, aiding physical and mental recovery and providing a safe, supportive community.

The program uses simple, accessible movements, and the coach guides each individual at their own pace, taking into consideration specific energy needs and capabilities or limitations, requirements post treatment and surgery, specific goals, etc.

Contribute to the program.