Question: Does increasing your intake of animal fat and animal protein increase your risk of cardiovascular disease?

Takeaway: Increased consumption of animal foods is associated with higher levels of cholesterol but not increased risk of heart disease. The argument that saturated fat increases heart disease risk via its effect on cholesterol is inconsistent with these observations.

This 2016 paper analyzes the relationship between 62 different food items and cardiovascular risk. The data for the study came from the WHO’s FAOSTAT database, which offers “free access to food and agriculture data for over 245 countries and territories.”

The relationship between nutrition and heart disease remains a subject of debate. Recent meta-analyses challenge the role of saturated fat as a driver of cardiovascular risk (1). The results across various studies are highly varied, at least in part due to fundamental flaws in the methodologies used to study the relationship between diet and disease. Randomized controlled trials are generally too short to directly assess the impact of dietary factors on heart disease and therefore can only track the impact of diet on biomarkers (such as cholesterol levels) that may or may not accurately predict disease risk. Observational trials generally rely on survey-based methods, which, as previously discussed on CrossFit.com, fail to accurately assess what individuals actually eat. Thus, neither trial design provides an accurate assessment of the direct relationship between dietary intakes and disease incidence.

The group behind this study instead used economic data, drawn from the FAOSTAT database (2). This database tracks food production, imports, exports, and nonfood uses across 42 European countries; the sum of production plus imports minus exports and nonfood uses provides an estimate of food consumption. The surveyed countries varied dramatically in diet and socioeconomic status, with annual per capita health-care expenditure ranging from less than $500 (Moldova, Azerbaijan, Armenia) to over $5,000 (Norway, Luxembourg). Cardiovascular disease and risk factor statistics were drawn from two large surveys (3), also drawn primarily from WHO databases.

Total animal fat and protein were similarly correlated with both reduced blood pressure and reduced fasting blood glucose in both men and women.

Taken together, these results are at once consistent and inconsistent with widespread dietary guidelines related to diet and heart disease. This economic data suggests increased intake of animal fat and animal protein is associated with increased cholesterol. However, this increase in cholesterol does not translate to an increase in heart disease risk. Conversely, increased consumption of plant foods and cereals is associated with lower cholesterol levels, but this change does not protect against cardiovascular disease.

The results of this study are consistent with the hypothesis that total cholesterol fails to predict heart disease risk. They also suggest foods that increase blood glucose levels may increase heart disease risk. Diets that reduce total cholesterol levels, such as plant-based, low-fat diets, tend to increase plasma triglyceride levels and reduce both LDL and HDL cholesterol levels. These changes correlate with a more atherogenic lipid profile characterized by smaller, denser LDL particles (4).

These results do, however, bring into question the value of public health guidelines that claim a reduction in animal fat and protein intake will reduce heart disease risk. At minimum, the direct association between increased intake of animal foods and increased heart disease risk argued in previous studies may result from confounders rather than a true association. Alternatively, these results are consistent with the hypothesis that animal foods increase cholesterol levels without increasing heart disease risk, which undermines one of the fundamental pillars of the diet-heart hypothesis. 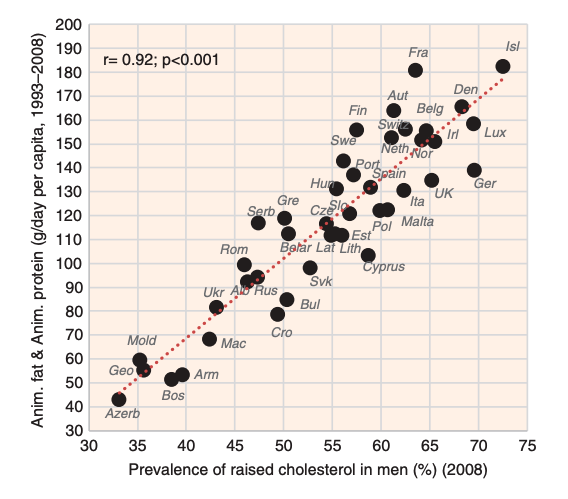 Figure 1: Relationship between animal fat and protein consumption and prevalence of elevated cholesterol levels in men 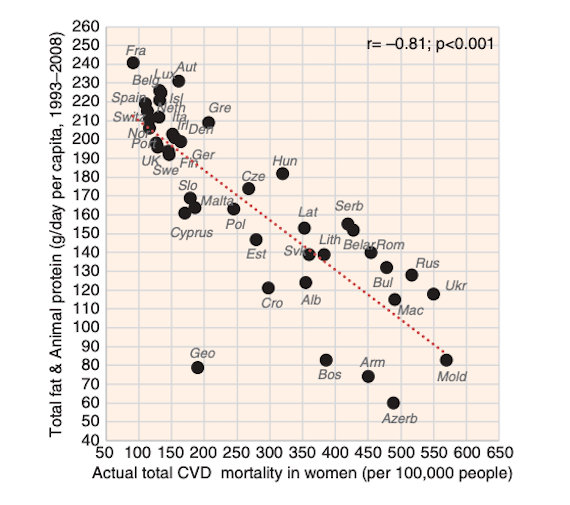 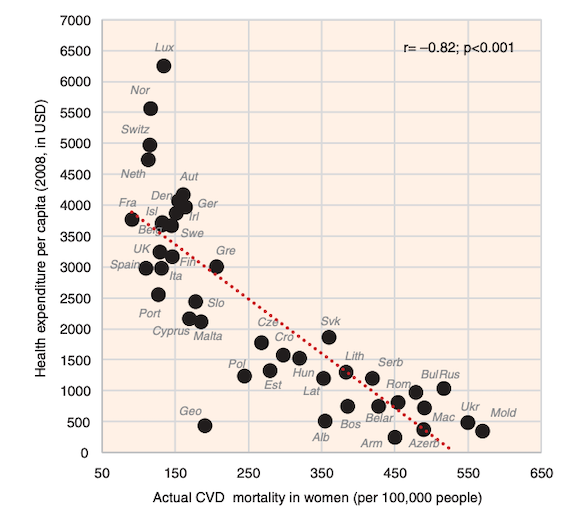 Figure 3: Relationship between per capita health-care expenditure and total cardiovascular mortality in women