Levers help us do work more efficiently. They help us lift more or move faster. That said, we are not built to operate with great efficiency, anatomically speaking. First- and second-class levers generally are very efficient, especially when the loads are located close to the fulcrum while efforts are further from the fulcrum (Figures A and C). The efficiency of first- and second-class levers will decrease when loads move further from the fulcrum (Figures B and D). Overall, third-class levers are the least efficient lever type (Figures E and F). The majority of muscle-joint system levers in our body are third-class levers (Figures E and F), which means that with regard to force and efforts, our anatomical levers are naturally structured to be inefficient. 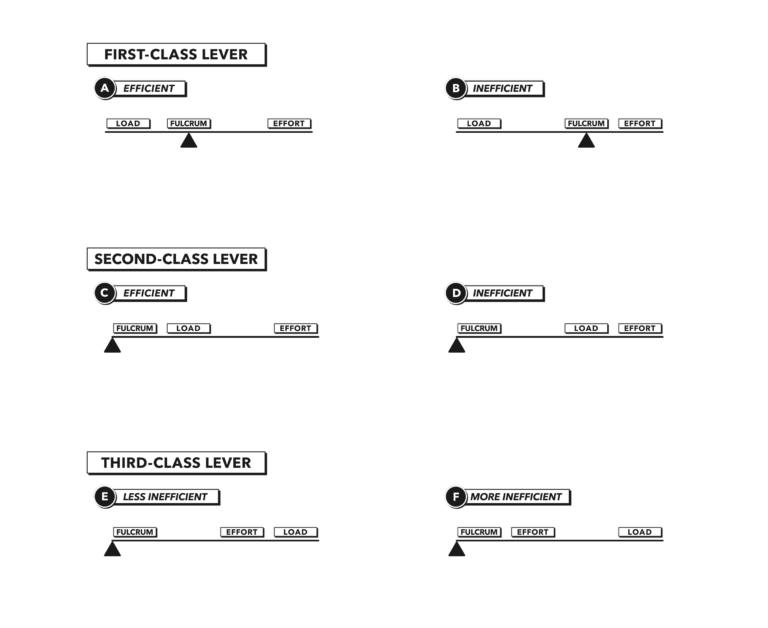 Despite our relatively inefficient anatomical structure, we still can manage efficiency by considering the body’s interaction with the load and environment and moving the load as close to the fulcrum as possible. Efficiency in this context is defined simply as getting the maximal work from the effort expended. For example, if we consider the hip as the fulcrum, the back as the beam, and a barbell placed across the shoulders as the load in a back squat—specifically a high-bar back squat (below left)—we observe that this lever is inefficient by definition. It is a long lever, with the load located as far from the fulcrum as possible. However, if we move the barbell lower along the back, as in the low-bar back squat, we shorten the effective length of the lever, decreasing its inefficiency. This is why you generally can lift more weight with the low-bar back squat than you can with the high-bar back squat. 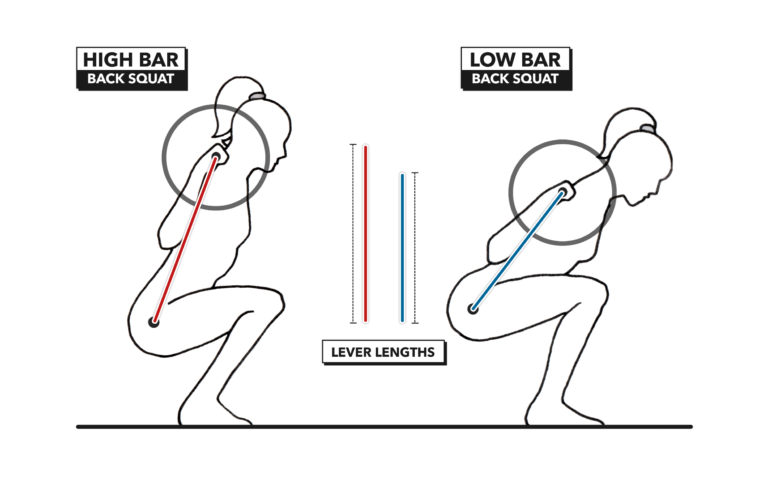 Figure 2: Shorten a lever for efficiency.

A useful application of this knowledge in coaching is in the identification of levers that do not directly contribute to moving a load toward the end target. Coaches also can use it to identify where efficiency can be gained. A perfect example can be found in the shoulder press when an athlete keeps the elbows too far forward in the rack position. This adds inefficiency through the introduction of an elbow lever as the shoulders attempt to lift the load overhead. Coaches and athletes always should be looking to identify and eliminate extraneous levers that reduce performance or limit progress toward a specific goal.