Not all anatomical levers are as obvious or straightforward as the biceps, elbow, and forearm relationship. To understand the musculature involved across the hip, femur, knee, and tibia, along with that required for knee extension, we must consider the attachment point for the force of effort.

At first glance, it appears that the knee acts as a fulcrum between the thigh muscle (effort) in raising the shin (beam), or allowing it to lower, as it supports the foot (load). Identifying the type of lever present using the geographic location of a muscle would lead you to incorrectly identify the system as a first-class lever  (Figure 1). 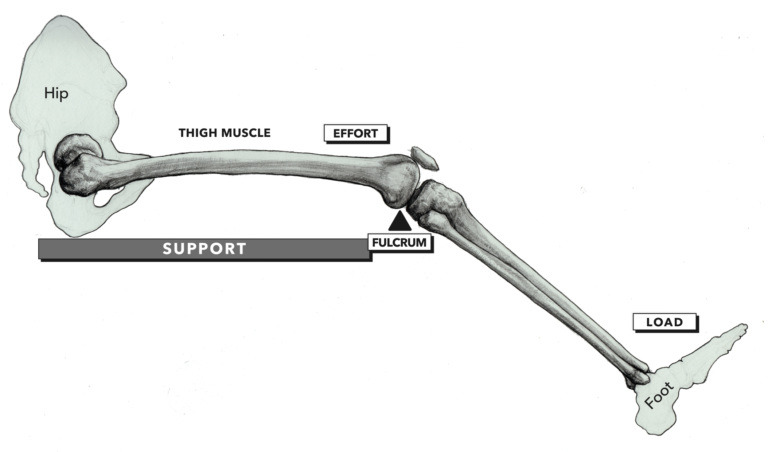 However, a closer look at the specific musculature acting upon the tibia (shin) to create knee extension (or resist flexion) indicates the rectus femoris. The force of effort originates where the rectus femoris connects to the patella (knee cap) via the patellar tendon, continues as the patellar ligament below the knee cap, and attaches to the shin (the tibial tuberosity). Recognizing the attachment point of the force of effort allows you to assess correctly that the system is a third-class lever (Figure 2). 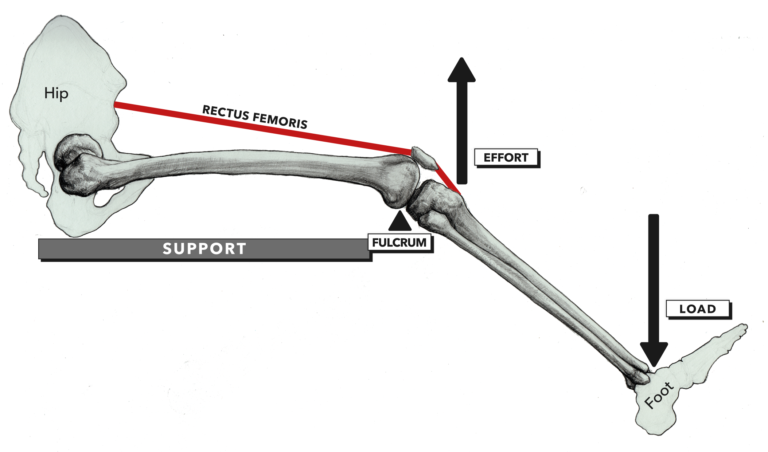