The type of lever used in human movement often depends on the circumstances of the movement being executed. Small changes in the context of a movement, such as which part of the lever system is the most stable or which muscle is moving it, can change the lever type used in the movement. 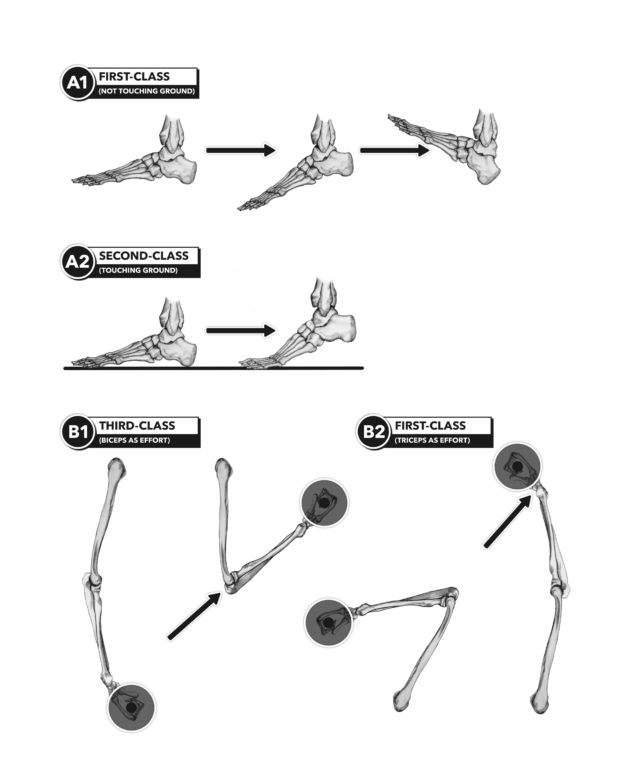 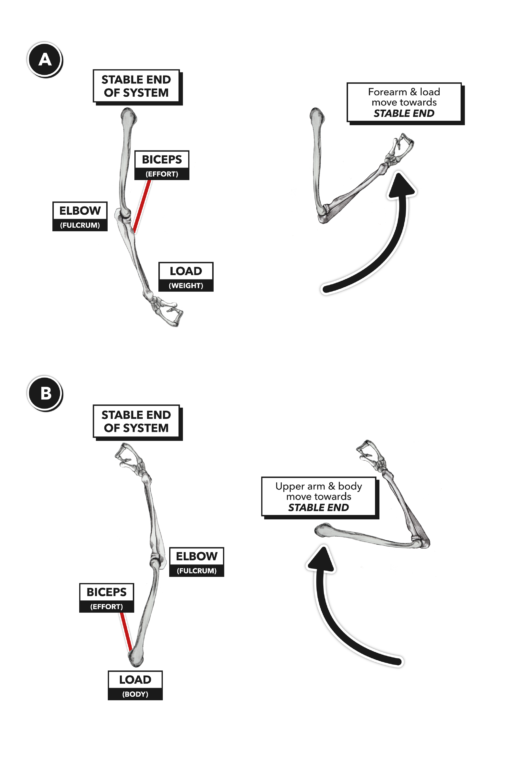 In many instances, reversing the orientation of a lever (via a reversal in which a component of the system is most stable in its connection to the Earth) does not change the lever type but only changes what the system looks like. Considering the stable end of a lever system is important. Muscles do not contract directionally (toward one end of the muscle or the other), but shorten, pulling equally on the ends of the muscle-tendon-bone assembly. The more stable end of the system dictates the result of this contraction. If we consider the elbow as a third-class lever, we see that in the curl, the load-bearing forearm is moved toward the humerus and shoulder, the most stable end of the system (Figure 2, A). But if we make the hand the most stable end of the system by gripping an immovable object—in a chin-up, for example—the humerus and shoulder move toward the hands (Figure 2, B). Although this change makes the movement look significantly different, the levers at play are third-class in both instances. In the chin-up, the effort is applied at the biceps’ attachment to the shoulder, whereas in the curl it is applied at the radius of the forearm. In both instances, the effort is between the fulcrum and the load.