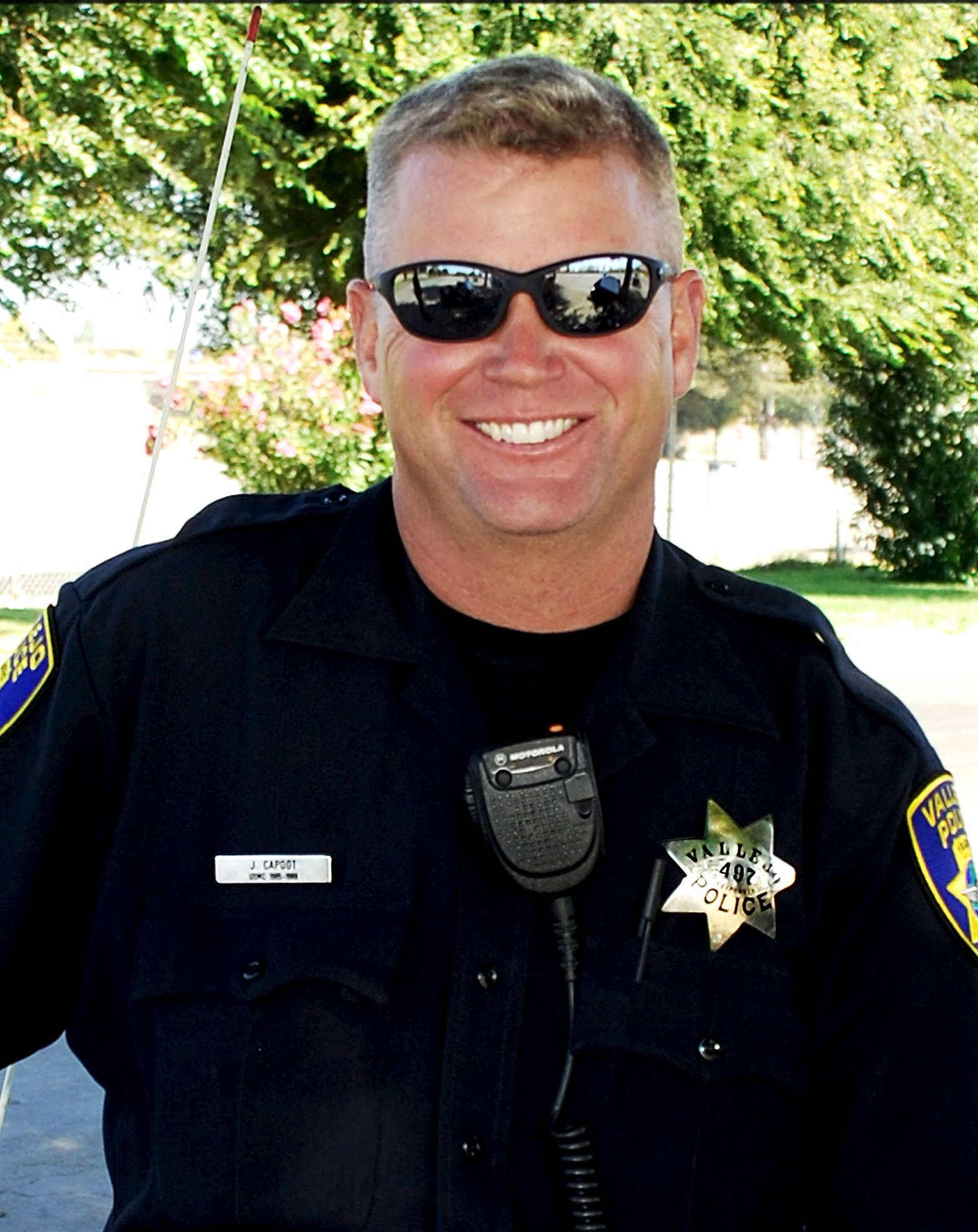 Officer James Lowell Capoot, of the Vallejo Police Department, died Nov. 17, 2011, in the line of duty while chasing after an armed man suspected of robbing a bank. The 45-year-old, who lived in Vacaville, California, joined the Vallejo Police Department in 1993 and served as a motorcycle officer, motorcycle instructor, driving instructor and SWAT officer. He received two medals of courage, including one life-saving medal, as well as many other department commendations. Capoot is survived by his wife, Jennifer; three daughters, Jillian, Jamie and Justine; mother, Beverly Sue; brother and sister-in-law, Louie and Susie DeCarlo; and several other family members. He is preceded in death by his father, Lowell Jesse Capoot.