External intercostals – The external intercostal muscles, as the name implies, face the exterior of the thoracic torso and attach to the ribs (costal) above and below it. The superior attachments occur along the inferior border of the superior rib, and the fibers angle downward to attach to the inferior rib along its superior border. When acting in concert, these muscles raise the ribs upward, expanding thoracic volume, an essential element of breathing. 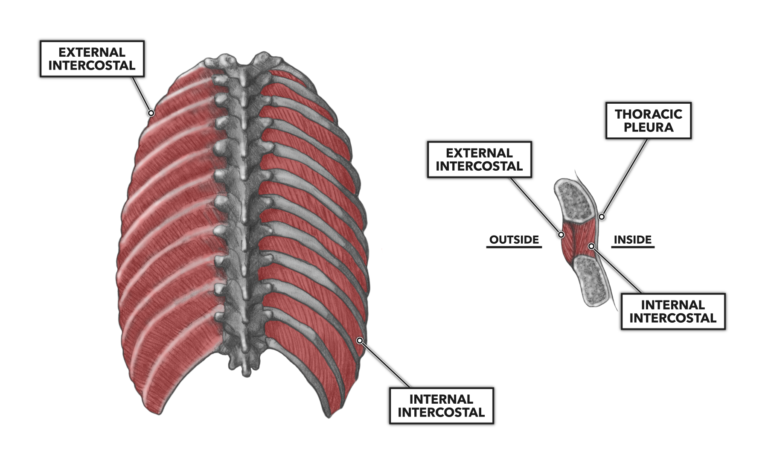 Figure 1: The external and internal intercostals

As seen in the cervical musculature (Part 1, Part 2), muscles located in a vertebral segment – cervical, thoracic, lumbar – will frequently have attachments above them, below them, or both. The following muscles have their primary attachments within the thoracic segment.

Serratus posterior superior (Figure 2) – The serratus posterior superior is a four-part muscle located deep along the upper and posterior thoracic vertebrae and last cervical vertebra. Each side of the vertebral column has one. To its superior end, it is attached to the spinous processes of the seventh cervical and upper three thoracic vertebrae. The muscle then angles down (inferior) and outward (lateral) and attaches to the superior aspects of the second through fifth ribs. The muscle acts to lift the second through fifth ribs during the inspiration phase of breathing.

Serratus posterior inferior (Figure 2) – The serratus posterior inferior is a four-part muscle located deep along the lower and posterior thoracic, upper lumbar vertebrae, and up across the medial aspects of the lower ribs. The muscle is attached to the superior, medial, and inferior aspects of the ninth through twelfth ribs. It then angles down and inward (toward midline) to attach to the spinous processes of the 11th and 12th thoracic and first (and often second) lumbar vertebra. The muscle has two basic functions: First, movement of the lower ribs down and backward contributes to forced expiration. The second function, owing to its location spanning the juncture of the thoracic and lumbar segments, enables the muscle to contribute to rotation and extension of the vertebral column. 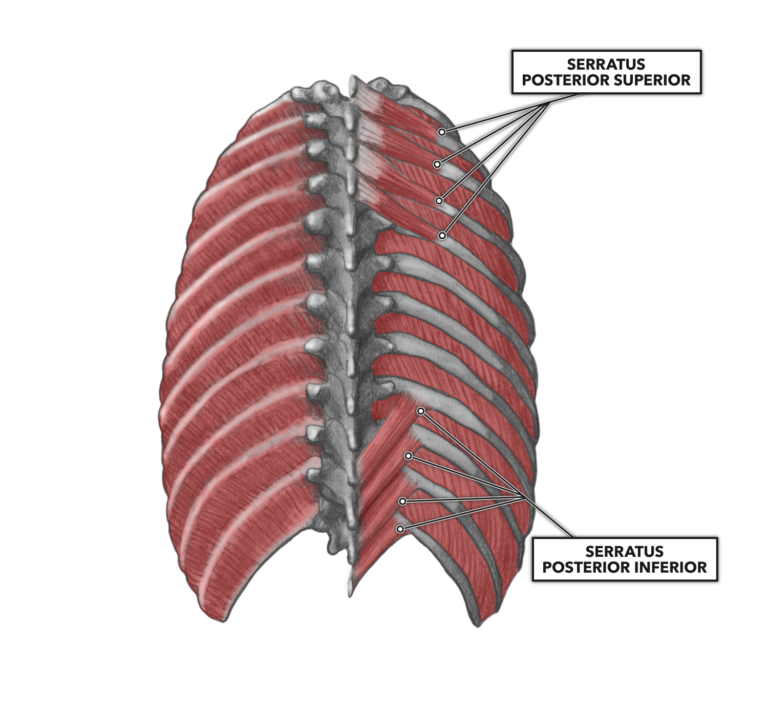 Semispinalis thoracis (Figure 3) – The semispinalis thoracis is a long and thin segmented muscle with multiple significant tendons. It attaches at the superior end to the spinous processes of the sixth and seventh cervical vertebrae down through the fourth through seventh thoracic vertebrae. It attaches inferiorly to the transverse processes of the lower thoracic vertebrae. When contracted bilaterally, the paired muscles can extend the neck or the thoracic vertebral column. Asymmetrical or unilateral contraction can aid in producing cervical and thoracic lateral flexion and rotation.

Spinalis thoracis (Figure 3) – The spinalis thoracis is also a long and thin segmented muscle. This muscle, however, attaches only to spinous processes along its length. At its superior attachment it connects to the spinous processes of the first eight thoracic vertebrae (this can vary). At its inferior attachment, it connects with the spinous processes of the last two thoracic vertebrae and first two lumbar vertebrae. Note that it lies medially, vertically aligned and immediately posterior to the vertebral column. In this orientation, its primary function is the extension of the vertebral column via bilateral contraction. Unilateral and asymmetrical contraction contributes little to lateral flexion and rotation of the vertebral column. 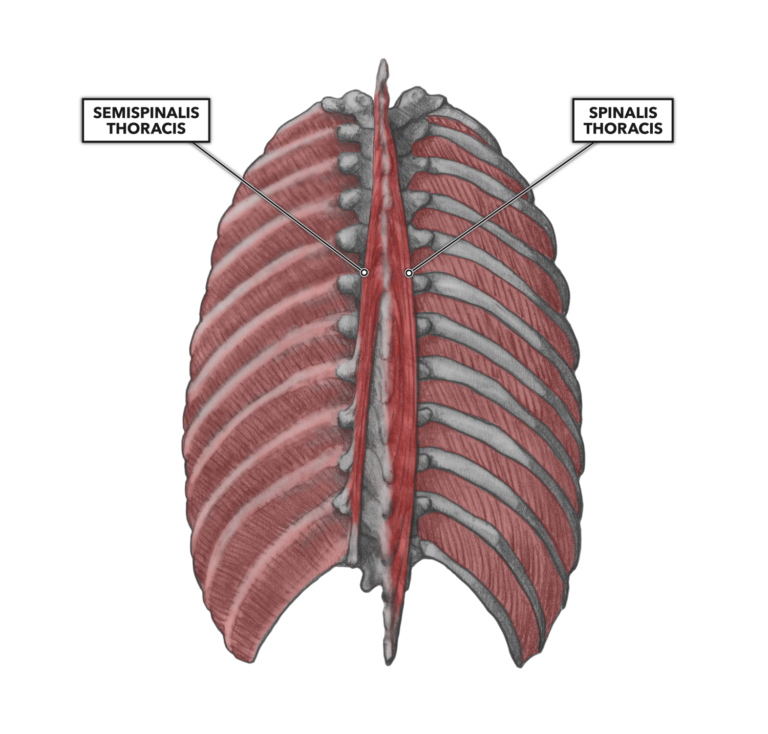