Trapezius (Figure 1) – The trapezius is a large bilateral pair of muscles commonly associated with the shoulders and upper back. Each of the trapezius muscles attaches at the superior end at the occipital bone and then spans down and medially to the lower thoracic vertebrae. The muscles also spread laterally to the superior aspects of the scapular spines. Being large and superficial, the trapezius covers many deeper muscles.

Although the muscle is largely categorized as a prime mover of the shoulder and upper arm, its attachments to the skull and cervical vertebrae make it a prime mover in cervical extension, lateral flexion, and rotation as well. 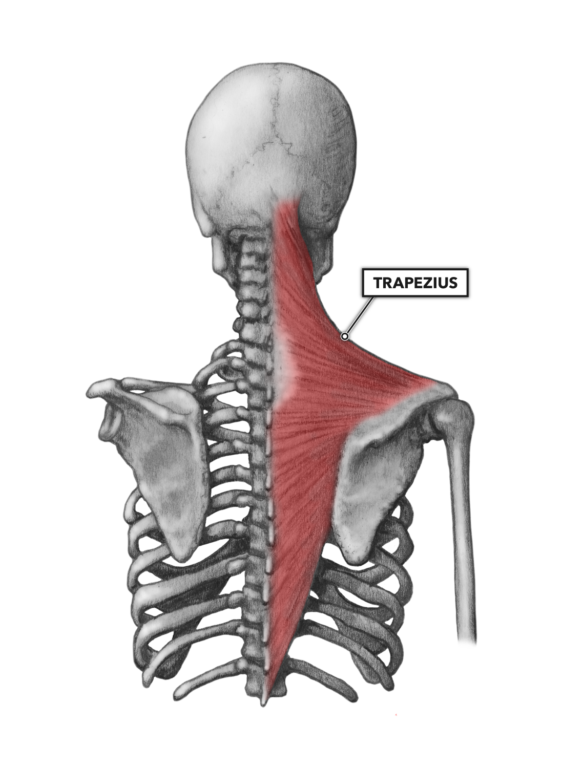 Figure 1: The trapezius overlies numerous other muscles of the cervical region.

Splenius capitis and cervicis (Figure 2) – The splenius capitis lies under the trapezius and sternocleidomastoid. It is attached to the mastoid process of the skull and spinous processes of the seventh cervical and first three thoracic vertebrae. Its orientation facilitates cervical extension, lateral flexion, and rotation.

The splenius cervicis is lateral and contiguous with the capitis, attaching to the first two cervical vertebrae and spinous processes of the third through sixth thoracic vertebrae. It has a similar function to the capitis: cervical extension, lateral flexion, and rotation. 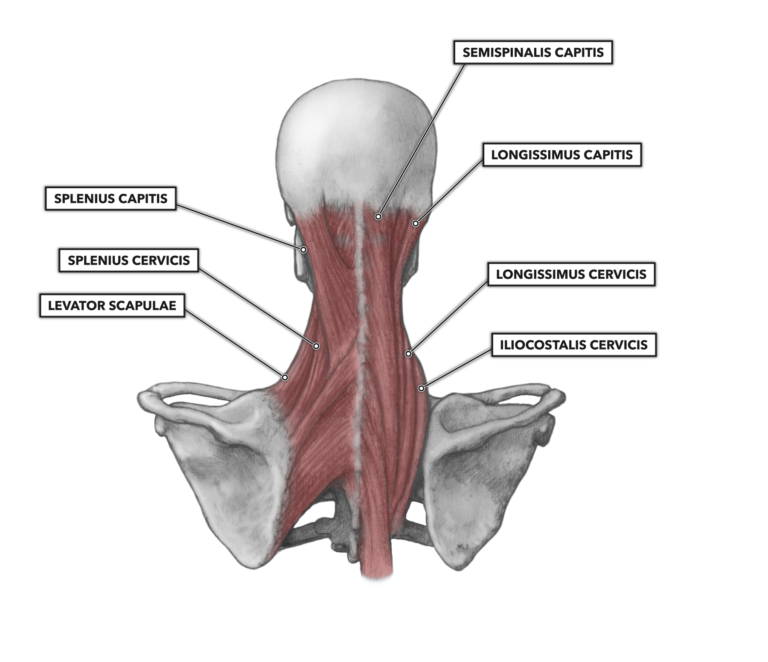 Semispinalis capitis (Figure 3) – The semispinalis capitis attaches to the nuchal line of the occipital bone of the skull then courses down along the vertebral column. It attaches to transverse processes of the four lowest cervical vertebrae (C3-C7) and to the highest thoracic vertebrae (T1-T6). As it has all attachments fairly close to midline, it is mostly a cervical extensor but can contribute lightly to lateral flexion and rotation.

Longissimus capitis – The longissimus capitis is lateral to the semispinalis capitis. It attaches to the posterior aspect of the mastoid process of the skull, to the transverse processes of the four lowest cervical vertebrae (C3-C7), and to five thoracic vertebrae (T1-T5). Its orientation facilitates cervical extension, lateral flexion, and rotation.

Longissimus cervicis – The longissimus cervicis lies lateral to the capitis but does not attach to the skull. It has superior and inferior attachments to the superior aspects of the transverse processes of the first five cervical vertebrae (C1-C5) and posterior aspects of cervical vertebrae two through six (C2-C6). Its orientation facilitates cervical extension, lateral flexion, and rotation. 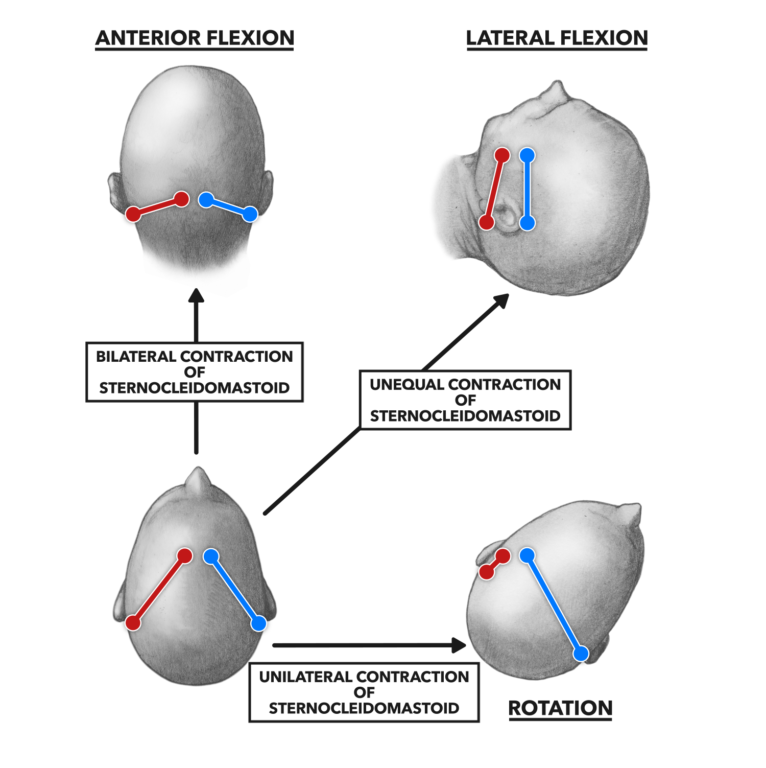 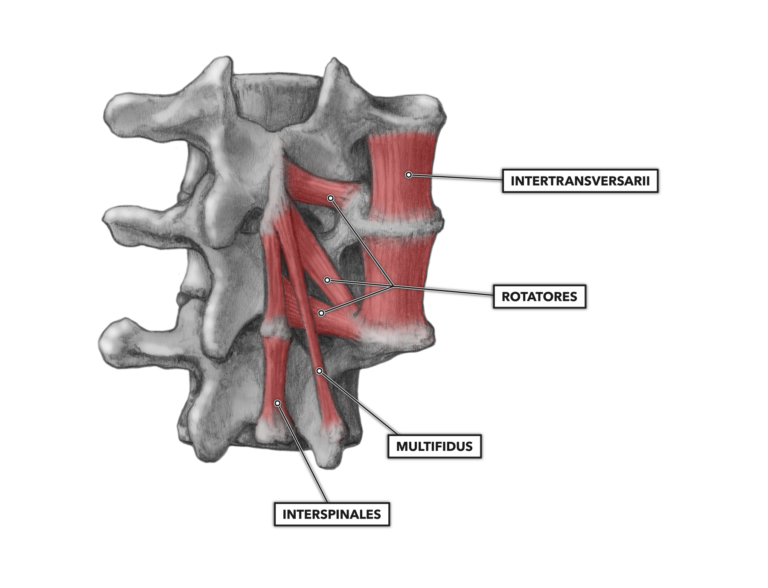 Multifidus (Figure 4) – The multifidus is found deep to the trapezius and semispinalis muscles. A pair of these muscles spans longitudinally across three vertebrae (or four), from medial to lateral, along the length of the vertebral column. The pair attaches to the spinous process of a higher vertebrae and attaches to the transverse process of a lower vertebrae. Rather than acting as primary movers in vertebral extension, these small muscles stabilize the vertebral column when they act in concert.

Rotatores (Figure 4) – The rotatores are multi-segment muscles that attach to two sequential vertebrae, joining the adjacent spinous process of the higher vertebra to the transverse process. This arrangement repeats along the entire vertebral column. Like the multifidus, this is a small muscle, and although capable of contributing to rotation, lateral flexion, and extension, its primary function is to stabilize the vertebral column.

Intertranversarii (Figure 4) – Each sequential pair of vertebrae has two of these muscles, one on each side, which connect the transverse process of the superior vertebra to the transverse process of the inferior vertebra. The intertransversarii can minimally contribute to rotation and extension and more so to lateral flexion, but it primarily acts as a stabilizer of the vertebral column.