The sacrum sits below the lumbar vertebrae in the stack of bones we call the vertebral column (or spine in an anatomically incorrect nomenclature). When viewed from the back, it presents as a roughly triangular-shaped bone with four sets of foramen (the sacral foramen), which are aligned roughly vertically (Figure 1). The sacrum is formed of five individual bones in a human infant, but those bones fuse during childhood development, becoming a single bone by about age 16. 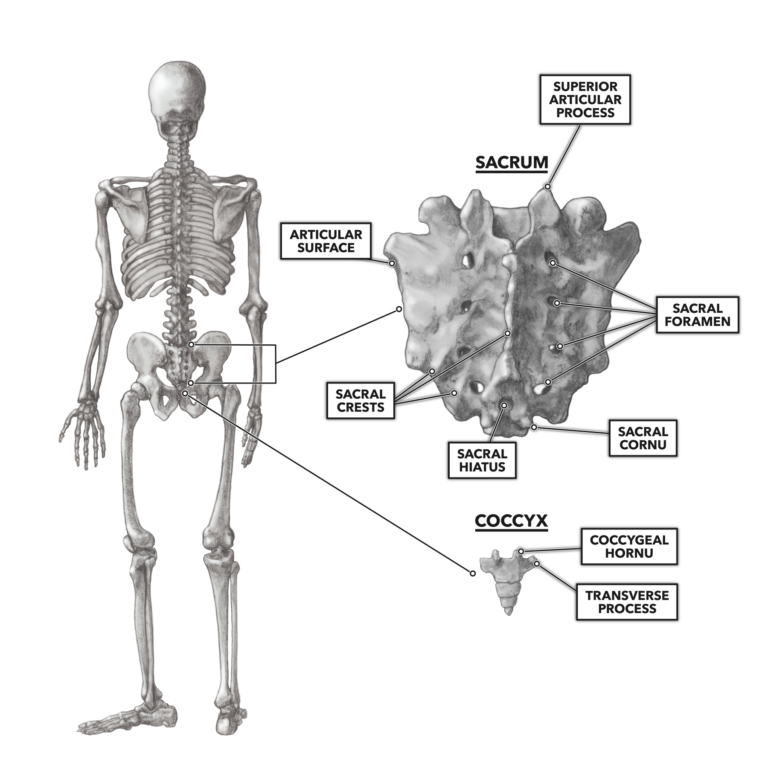 Figure 1: The sacrum and the coccyx

Just inferior to the sacrum is the coccyx or tailbone (Figure 1). This fusion of four or five vertebrae is the termination of the axial skeleton and can be palpated in most individuals. It articulates with the sacrum by way of a fibrocartilage symphysis, and this provides a degree of movement that reduces the chance of fracture if the coccyx experiences impact (i.e., you fall on your butt).

The sacrum articulates with the inferior surface of L5. When viewed from above, its structural similarity to the vertebrae is evident, as the central portion of the superior sacrum mimics the shape of a vertebral body (Figure 2). However, there are variations from the vertebral structure in the fused bones. Instead of an oval body, the sacrum is broad and flattened laterally. The processes and spines seen in a typical vertebra are replaced with somewhat contiguous crests. 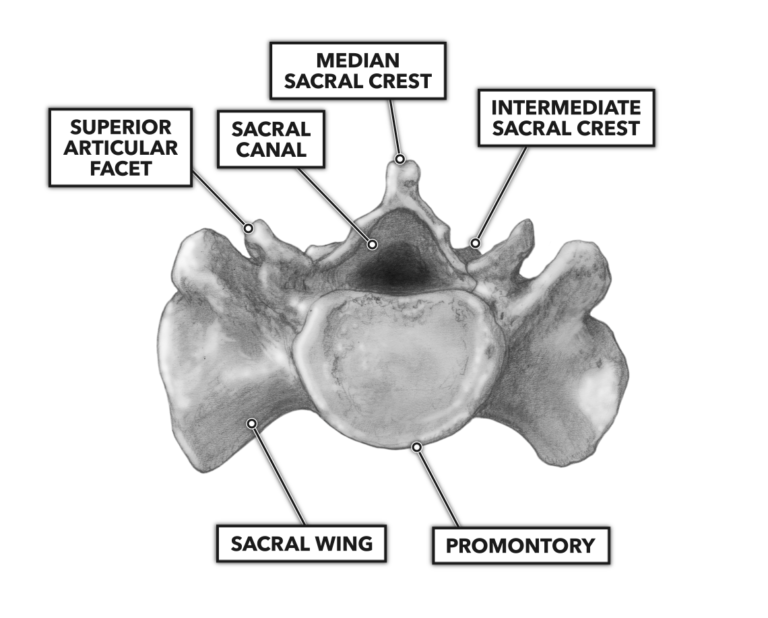 Figure 2: The sacrum, viewed from above