CrossFit | Metabolical: The Lure and the Lies of Processed Food, Nutrition, and Modern Medicine — Excerpt 1 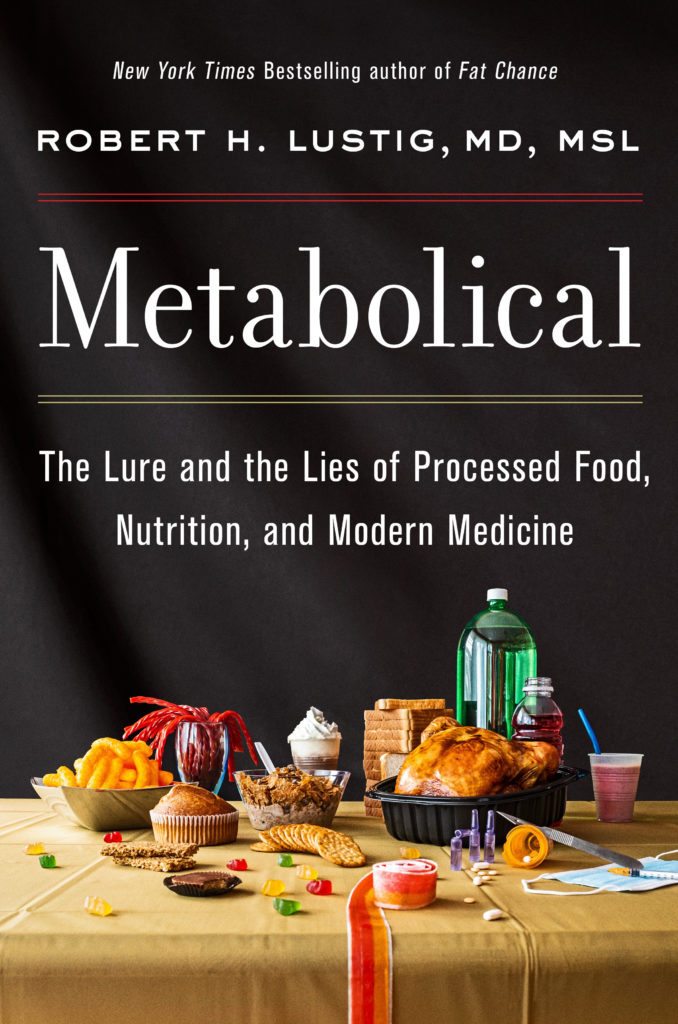 Dr. Robert Lustig, a pediatric neuroendocrinologist, has long been on the cutting edge of medicine and science. Throughout his forty-plus year career, The New York Times bestselling author of Fat Chance has been dedicated to treating and preventing childhood obesity and diabetes.  With his new book, METABOLICAL: The Lure and the Lies of Processed Food, Nutrition, and Modern Medicine (Harper Wave; May 4, 2021; $28.99), he will expose the truth, both scientifically and politically, underlying the current global pandemic of diet-related diseases.

In his previous work, The Hacking of the American Mind, Dr. Lustig elucidated how the processed food industry has hacked our bodies and minds to pursue pleasure over happiness, fueling widespread addiction and depression. In METABOLICAL, he addresses nutrition, food science, and global health, and explains how by focusing on real food we can reverse chronic disease and promote longevity. For the first time, all strands of this pandemic — the medical, the economic, and the environmental — are pulled together into one clear narrative.

Describing the eight pathologies within the cell that belie all chronic disease, Dr. Lustig illustrates how they are not “druggable” but rather “foodable” (i.e. medication can’t cure what nutrition can) by following two basic principles: protect the liver, and feed the gut. He uses this science to chronicle the breakdown in our current healthcare paradigm, which has succumbed to influence from Big Food, Big Pharma, and Big Government.  In the special chapter “Food in the Time of Corona,” Dr. Lustig addresses the way “pre-existing conditions” (i.e. diet-induced chronic diseases) make us vulnerable to succumbing to acute infectious diseases like COVID-19. He also argues that the Nutrition Facts label hides information from the consumer by omitting what’s been done to the food, which is more important than what’s in the food.

Weaving together the interconnected strands of nutrition, disease, medicine, environment, and society, METABOLICAL provides the scientific bases for a series of iconoclastic revelations, among them:

METABOLICAL will be available for purchase on May 4, 2021. Blurb and excerpt courtesy of Harper Wave.

Food drives both illness and wellness; it’s the poison and the antidote. Metabolic syndrome could colloquially be redefined as “cells eating badly”, as every one of the eight subcellular pathologies is made worse by providing the wrong food in the wrong place at the wrong time. In fact, there are really only two processes that handle energy — growing or burning. And there are two outcomes — living or dying. Every cell has to grow at one time in its life versus burn at another time in its life — but never both at the same time. Similarly, every cell has to live and to die, but not both at the same time. What determines when a cell grows or burns, and what determines when a cell lives or dies? What if a cell is burning when it should be growing, and living when it should be dying, or vice-versa? Any perturbation of the growing/burning or living/dying pattern will lead to disease. It is through this lens where we find the clues to the real reasons for metabolic syndrome (spoiler alert, it’s processed food!), and also for both treatment and prevention. It’s complex science, so feel free to skip to Chapter 9, but it’s very cool; it’s Nobel Prize-winning work — twice.

Oxygen is so overrated

Does life need oxygen? Plant life clearly doesn’t. In fact, green plants need carbon dioxide for photosynthesis, and make oxygen as the byproduct. Does animal life need oxygen? The first clue to this puzzle came in 1924. German biochemist Otto Warburg made an astounding observation — cancer cells did not need oxygen to grow. While Warburg never figured out why this was the case, his observation was important enough that he won the 1931 Nobel Prize in Physiology or Medicine. Hmmm…regular cells need oxygen, but cancer cells don’t? Aren’t cancer cells just regular cells sped up? They divide way faster than normal cells, which is why some chemotherapies work, they poison the dividing process (called mitosis). But how can growing cells not need oxygen? Shouldn’t they need more oxygen? Doesn’t every animal cell need oxygen (1)?

Nope. There’s very little oxygen in the gut. The intestinal microbiome is adapted to it; 99% of the bacteria in our intestine don’t need oxygen, they are called “obligate anaerobes” (2).  In fact, bacteria are prokaryotes, that is plants; they grow just fine without oxygen and they don’t have mitochondria. But that’s all the bacteria in your gut do — they grow. They don’t burn. They generate a lot of lactic acid, because that’s the waste product of growth, of glucose metabolism without oxygen, but that bacteria stays in the gut. Your muscles can also produce lactic acid, which causes the muscle pain when you’ve run a marathon (so I’ve heard, but running a marathon is still on my bucket list). The bacteria in your gut don’t make or release stuff. They just divide and increase in mass, just like cancer cells. Cancers double every 50-200 days. And they make boatloads of lactic acid in the process. Any idea what cells grow even faster than cancer cells? Fetal cells. A sperm and an egg meet to make one cell called a zygote. That a zygote doubles (divides in two) to achieved 36 doublings (2^36 cells) over 270 days of pregnancy for a total of 68 billion cells at birth; that’s a doubling every 7.5 days. This growth happens in the lowest oxygen environment imaginable (the placenta delivers to the fetus a partial oxygen pressure of oxygen of 30 mm Hg, compared to 100 mm Hg; what the lungs deliver to adult cells). How do fetal cells grow so fast with so little oxygen? The discovery of the metabolic signal that we make ourselves (cancer and fetal cells) for this effect (called hypoxia-inducible factor-1α) is so important the Nobel Prize was awarded to its discoverers (Gregg Semenza, William Kaelin, and Peter Ratcliffe) in 2019.

If you are a cell in growth phase without oxygen, and making structural components and the byproduct lactic acid, do you even need mitochondria? Do you even want mitochondria? There are only four states of increased lactic acid production in the human. One is post-exercise. The second is cancer. The third is mitochondrial encephalomyopathies like Kearns-Sayre Syndrome and MELAS (see Chapter 7). And the fourth is Metabolic Syndrome — because that’s mitochondrial dysfunction as well (3). As cells divide, mitochondria have to divide too (remember they have their own DNA); and they can’t divide fast enough to keep up with the cell’s growth, especially in cells that are growing rapidly. Mitochondria become an unwanted luxury for a rapidly growing and dividing cancer cell or fetal cell. But these cells still need to generate ATP (basically, the gasoline in your car) to power the cell. How do they do that without mitochondria or oxygen? This conundrum perplexed scientists until recently.

This phenomenon of growth without oxygen has recently been exploited to treat a common disease of aging, called sarcopenia, or loss of muscle mass (4). People lose muscle as they age. As they get into their 70’s, they can lose half their muscle mass, which renders them frail and susceptible to falling and fracture. To treat this, exercise physiologists have started putting tight bands around the patient’s arms and legs with low intensity resistance and endurance training. And lo and behold, muscles increase in mass and strength. Depriving muscle cells of oxygen switched them from burning to growing.