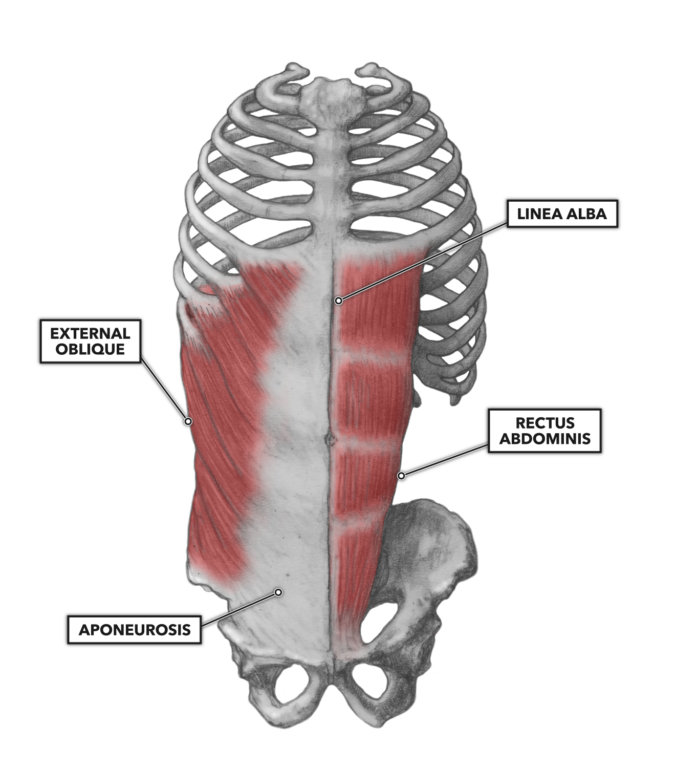 Figure 1: Anterior view of the rectus abdominis and external oblique

Rectus abdominis – This is a bilateral paired muscle that runs vertically on each side of the anterior wall of the abdomen. In very lean or very muscular individuals, the defined appearance of these segments is often called a “six pack” or “washboard abs.”

The rectus abdominis extends from its inferior attachments at the pubic symphysis, pubic crest, and ilium upward to its superior attachments at the xiphoid process and fifth through seventh costal cartilages. The two lateral segments of the pair (right and left) are separated by a medial band of connective tissue called the linea alba. There are three transverse fibrous bands called tendinous inscriptions punctuating the length of the muscles. Combined with the vertical linea alba, the horizontal inscriptions divide the rectus abdominis into six roughly symmetrical segments. The muscle is further encapsulated by the aponeurosis, the rectus sheath. This connective tissue coalesces with the aponeurosis of the flanking external oblique muscles.

The rectus abdominis is an important anterior postural muscle, responsible for maintaining a balanced isometric force (countering the erector spinae) for normal posture or actively flexing the lumbar spine. It can also contribute to lateral flexion. Aside from vertebral movement, the rectus abdominis can assist in forced respiration, as its active contraction can pull the costals downward and reduce abdominal and thoracic volumes. If the costals are pulled downward without expiration, internal abdominal and thoracic cavity pressures increase, an outcome useful in holding the vertebral column stable under load.

External obliques – The external obliques (properly called the obliquus externus abdominis), on the anterio-lateral aspect of the abdomen, form a broad, thin, and roughly quadrilateral muscle. In general, the external obliques are not visible on most people due to subcutaneous fat deposits and the relatively small mass of the muscle.

The muscle attaches inferiorly on the anterior half of the outer lip of the iliac crest. At the lower border of the muscle, connective tissue (an aponeurosis) coalesces to form the inguinal ligaments. The muscle also has superior attachments to eight points on the external and inferior borders of the fifth through 12th ribs. The muscle gets its name from its fiber orientation, which is arranged obliquely (superior-to-inferior angle, lateral to medial).

The muscle acts to pull the rib cage down (flexion of the vertebral column), either bilaterally (straight flexion) or unilaterally (flexion with rotation). Bilateral contraction also compresses the abdominal cavity, thus increasing intra-abdominal pressure if expiration does not accompany the movement. 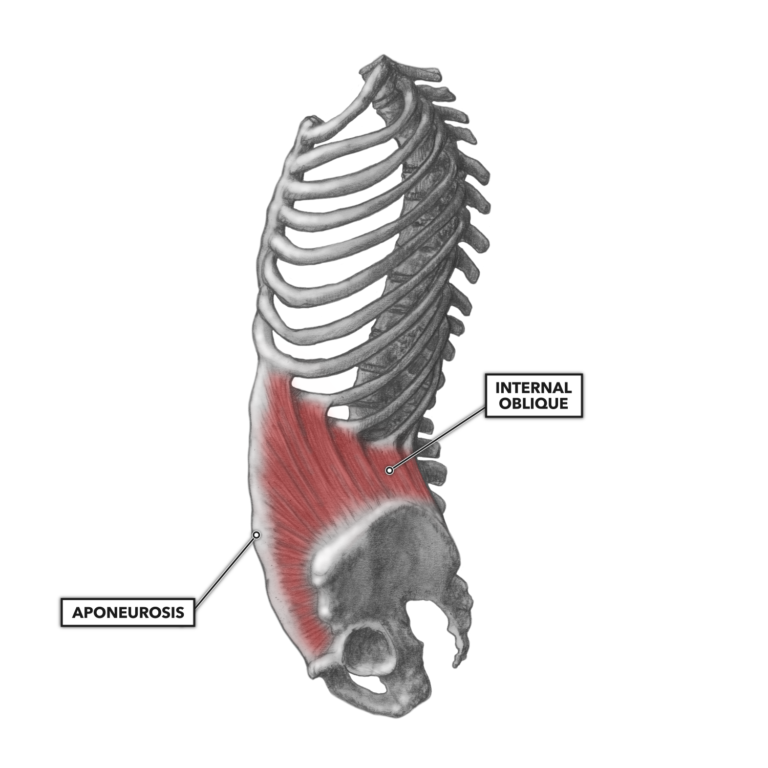 Its distal attachment is through the thoracolumbar fascia of the lower back and anterior of the iliac crest (the top of the hip bone). The muscle attaches proximally to the inferior borders of the lower ribs and across to the linea alba.

The internal oblique performs two basic functions. It is an antagonist (opposing muscle) to the diaphragm, compressing the thoracic cavity to drive voluntary exhalation. It also acts to rotate and bend the trunk by pulling the rib cage and midline toward the hip and lower back on the same side as the active muscle. 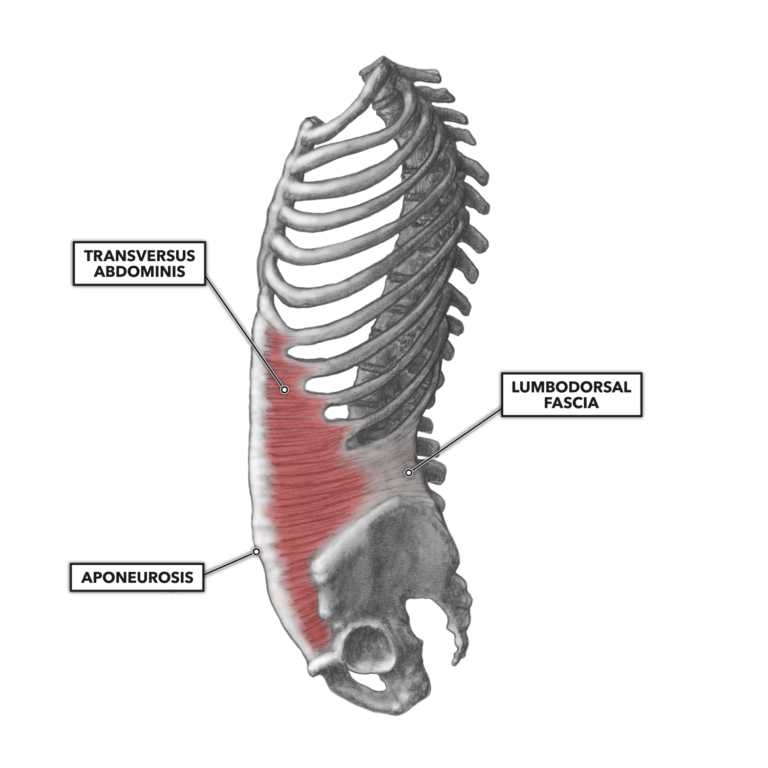 Transversus abdominis – This pair of muscles is the deepest of the group, lying under the internal and external obliques. To the anterior, spanning from the seventh rib down to the pubis, the muscle attaches to the same aponeurosis as the internal and external obliques at the lateral borders of the rectus abdominis. Posteriorly, the muscle narrows and coalesces with the lumbodorsal fascia that attaches to the processes and spines of the lumbar vertebrae. Along the inferior border of the muscle, it attaches to the crest of the ilium.

The fibers of the muscle are, as the name implies, oriented in the transverse plane, forming a circumferential constrictor muscle. This creates a muscle pair that easily performs the function of increasing intra-abdominal pressure when contracted (pulling the rectus sheath and aponeurosis toward the vertebral column).