Dominic D’Agostino’s entry into the field of cancer biology involved two separate unexpected observations that were compelling enough to change the trajectory of his research.

During his fellowship at the University of South Florida Morsani College of Medicine, he developed a technology that adapted an atomic force microscope and laser scanning confocal microscope inside a hyperbaric chamber, with the intent of studying the effects of central nervous system oxygen toxicity (seizures), which you can read about in part 1 of this series. This technology allowed, for the first time, visualization of cellular components under high levels of pressurized oxygen. While using this technology, he noticed that under high levels of pressurized oxygen, cancer cells (specifically glioblastoma astrocytes) were dying at a much greater rate than normal cells. Research from these studies was published in the journal Neuroscience.

While growing glioblastoma astrocytes in cell culture under different conditions using known metabolic fuels for brain cells (e.g., glucose, lactate, ketones), he noticed these cancer cells grew much slower in the presence of the ketone body beta-hydroxybutyrate than normal healthy cells, and in low-glucose, high-ketone environments, healthy neurons thrived but cancer cells would die. Interestingly, he discovered that others had observed a similar response in neuroblastoma cells.

Through communication with other cancer researchers — notably, cancer biologist and now collaborator, Thomas Seyfried — D’Agostino and his lab would later understand that these observations were rooted in the aberrant energy metabolism of cancer cells, which is described in great detail here and here.

Under normal conditions, glucose is converted to pyruvate through glycolysis outside the mitochondria. If oxygen is present, pyruvate is shuttled into the mitochondria to generate the bulk of our cellular energy (ATP), known as aerobic respiration or oxidative phosphorylation. If oxygen is insufficient, it is converted to lactate, which generates a very small amount of ATP but at the advantage of this being a much faster process known as anaerobic respiration.

Cancer cells, however, exhibit something called the Warburg effect, whereby mitochondrial metabolism is impaired, and to compensate, glycolysis is upregulated to generate enough ATP, even in the presence of oxygen. This is also referred to as aerobic glycolysis or aerobic fermentation: an increase in glucose uptake and fermentation of glucose to lactate. This is actually the basis of the FDG-PET scan, where fluorescently labelled glucose is used to locate and image a highly glycolytic tumor. In essence, tumors will light up and become easy to spot due to their voracious appetite for glucose.

Cancer cells use the Warburg effect to their advantage, enabling metastasis and proliferation, and providing the material for biomass synthesis (physical growth of the tumor).

Our Research at the University of South Florida

To study cancer in our lab, we use the VM-M3 mouse model of metastatic cancer. This is used in research as a model of human glioblastoma multiforme (GBM) because of how closely it resembles GBM’s natural progression and metastasis. When transplanted in mice, it spreads very rapidly to other organs and exhibits a strong Warburg phenotype.

One of the major goals of our research is to find effective interventions that slow the progression of cancer with the least amount of toxicity to patients. So far, in this model of aggressive metastatic cancer, we have found the greatest success with a combinational approach using nutritional ketosis, ketone supplementation, and hyperbaric oxygen therapy (HBOT). What we really want to highlight is that ketosis, whether it is achieved by supplementation or diet, and HBOT are non-toxic therapies, virtually absent of serious side effects — a rarity in cancer therapies.

Therapeutic ketosis is a way to exploit the Warburg effect by depriving cancer cells of glucose, their primary fuel, and replacing it with non-fermentable ketone bodies, which most cancer cells cannot effectively use for energy. Cancer’s dependence on glucose and inability to use ketones makes tumor cells selectively vulnerable to ketosis, creating a metabolic stress on cancer cells while enhancing the metabolism of healthy non-tumor cells. Through glucose reduction, the ketogenic diet also suppresses insulin signaling, a known promoter of tumor growth and proliferation.

The Warburg effect is particularly advantageous to cancer cells and contributes to their growth and proliferation beyond energy metabolism. Therefore, targeting the Warburg effect with ketosis targets its enabled features as well. Increased glucose consumption provides the carbon building blocks for tumor biosynthesis. Therefore, restricting glucose availability reduces the materials needed for the physical growth of tumors. The Warburg effect also creates an acidic cellular environment due to the secretion of lactate, which enhances cancer’s ability to invade new tissues and support tumor immunity. So, by reducing rates of glycolysis, ketosis reduces lactate production. Insulin and IGF-1 are inversely correlated with ketosis, and the suppression of insulin signaling associated with ketosis is a major driver of restricting cancer growth and proliferation. It has also been demonstrated that the suppression of insulin signaling can enhance the effects of other therapies, including metabolic-based drugs.

The effects of ketosis, however, extend further. Tumor cells secrete pro-inflammatory cytokines that promote their growth and ability to metastasize. Inflammation is also a massive driver of cancer cachexia (cancer-induced muscle wasting), a debilitating side effect of cancer that is responsible for a large number of cancer-related deaths. As an aside, ketones are potent anti-catabolic compounds known to spare lean muscle mass; they can prevent further muscle wasting. Ketosis and ketone bodies themselves are known to have anti-inflammatory effects. For example, in 2015, the ketone body beta-hydroxybutyrate (BHB) was shown to inhibit the assembly and activation of the NLRP3 inflammasome, which is essentially the hub of cellular inflammation. The ketogenic diet has also been shown to reduce circulating inflammatory markers in humans. It is thus speculated that the anti-inflammatory effect of ketosis could be contributing to its anti-cancer effect.

Ketones are also known to alter the expression of genes through epigenetic modifications. Adrienne Scheck’s research at the Barrow Neurological Institute has used a mouse model of glioma to show the ketogenic diet changes the genetic profile of tumor cells. In particular, her research has shown the gene profiles of tumors from mice fed a ketogenic diet undergo reversion to more closely resemble gene profiles of healthy non-tumor cells. It is speculated that the anti-cancer effects of ketosis could be in part attributed to ketones’ epigenetic regulation and ability to upregulate genes that could expose cancer to our body’s natural immunity while turning down genes that promote tumor growth.

Hyperbaric oxygen therapy (HBOT) involves the administration of 100% oxygen at increased pressures, essentially saturating the blood in oxygen and allowing for the delivery of oxygen to hypoxic (low-oxygen) tissues.

Tumors use whatever resources they can to grow as rapidly as possible; think quantity over quality. This means that when they are physically growing and spreading, their vasculature is constructed with missing pieces, meaning that basically, there are holes in the pipeline. Because of this, oxygen can’t adequately get from point A to point B, and thus sites of new tumor growth become hypoxic.

Tumors thrive in hypoxic environments, using them to their advantage by activating oncogene pathways that support their growth and metastasis (e.g., activation of HIF-1a and VEGF). HBOT essentially re-oxygenates (hyper-oxygenates) these tumor tissues, reversing tumor hypoxia and the activity of these hypoxia-induced pathways.

Although tumor cells seem to thrive in an environment with elevated reactive oxygen species (ROS), HBOT also promotes the generation of excess ROS, beyond cancer’s threshold for oxidative stress, ultimately triggering apoptosis (cell death). This is what was occurring in D’Agostino’s initial observation. Due to the mitochondrial abnormalities (damage) in cancer cells, high-pressure oxygen is far more toxic to them than healthy cells, because cancer cells convert molecular oxygen to high amounts of ROS. In other words, because cancer cells live at an elevated baseline for oxidative stress, compared to healthy cells, HBOT can essentially exploit this by pushing them past their breaking point, without harming healthy cells.

In 2013, our lab found a ketogenic diet increased mean survival time by 57% compared to mice fed a normal chow diet. When combined with HBOT, tumor size was significantly reduced, and mean survival time was extended even further (78%). In this study, animals fed a ketogenic diet naturally restricted calories, so an obvious follow-up question was whether calorie restriction or nutritional ketosis was responsible for the anti-cancer effects.

To address the follow-up question, our next study compared mice fed an ad libitum normal chow diet supplemented with either the ketogenic precursor, 1,3-butanediol (BD), or a ketone ester (KE) with calorie-restricted mice eating 40% of their usual intake of the same normal chow diet. With this study design, we could see whether it was the ketones themselves, independent of calorie restriction, giving us results. Despite the calorie restriction decreasing blood glucose and elevating blood ketones, calorie restriction demonstrated no significant increase in mean survival time. In contrast, both the BD and KE interventions increased mean survival time by 51% and 69%, respectively. These results indicate ketones themselves, independent of calorie restriction, provide anti-cancer effects in this particular model.

At this point in our research, we could see that the ketogenic diet, HBOT, and ketone esters extend lifespan in an excellent model of highly aggressive cancer. Our next step was to combine all three.

In this same mouse model of metastatic cancer, we combined all three therapies, and the results were as follows: Tumor growth and metastasis significantly reduced, and mean survival time increased by an impressive 103%, more than doubling that of the control. The ketogenic diet, HBOT, and ketone ester supplementation together worked in a synergistic manner, dramatically slowing tumor growth and metastasis.

It is important to understand that our research so far is in preclinical animal models and focuses largely on brain cancer and metastatic cancer. A number of questions remain to be answered when it comes to which cancer types will be most responsive to these particular therapies. That said, a number of other labs are looking at ketogenic and metabolic therapies that show promise in a range of different cancer types. Additionally, many clinical trials (30+) are underway that will contribute to our understanding of how these therapies translate to humans. We are particularly hopeful about how these non-toxic therapies could synergize with standard of care anti-cancer treatments. 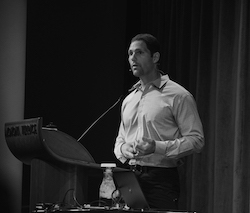 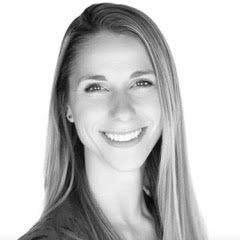 Kristi Storoschuk is a scientific writer with a research focus on ketogenic nutrition and metabolic-based therapies. She works with the world’s leading ketogenic researchers to communicate the connection between diet, lifestyle, and chronic disease. Her work has appeared on various channels, including Paleo Magazine, Mind Body Green, and KetoNutrition.org. Her personal interests revolve around using nutrition to optimize health, performance, and longevity.