Complete as many rounds as possible in 10 minutes of:

Scaling:
For the box jumps, prioritize jumping even if it means lowering the height of the box or using a stack of plates and eliminating the jump-over. Select a load for the deadlift that allows you to complete at least 15 consecutive reps when fresh. 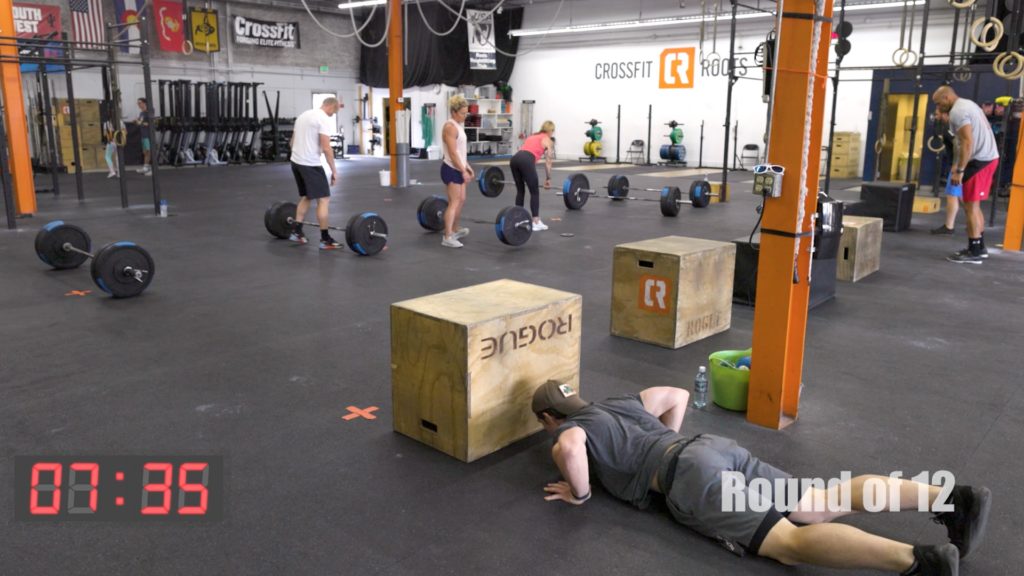 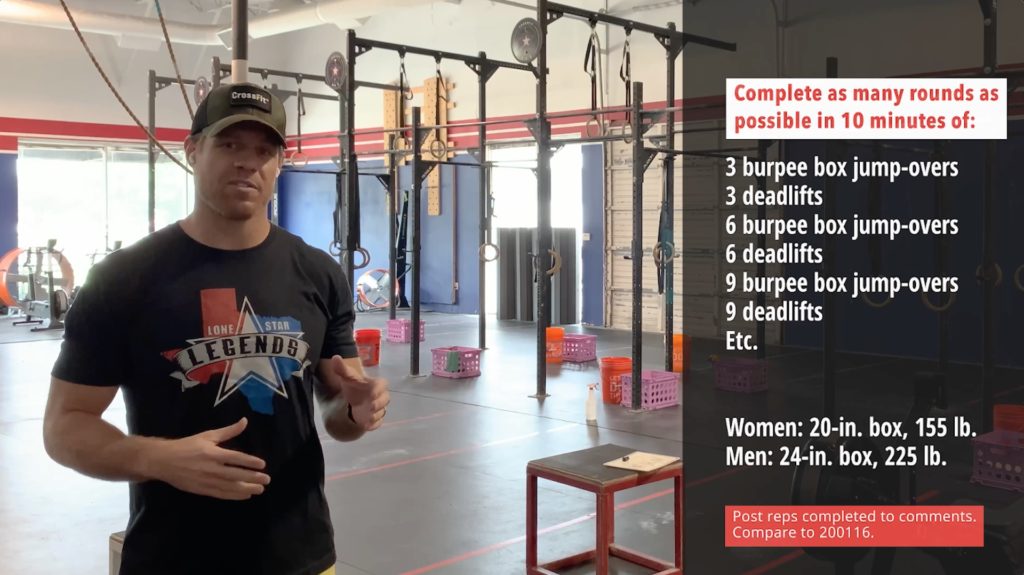 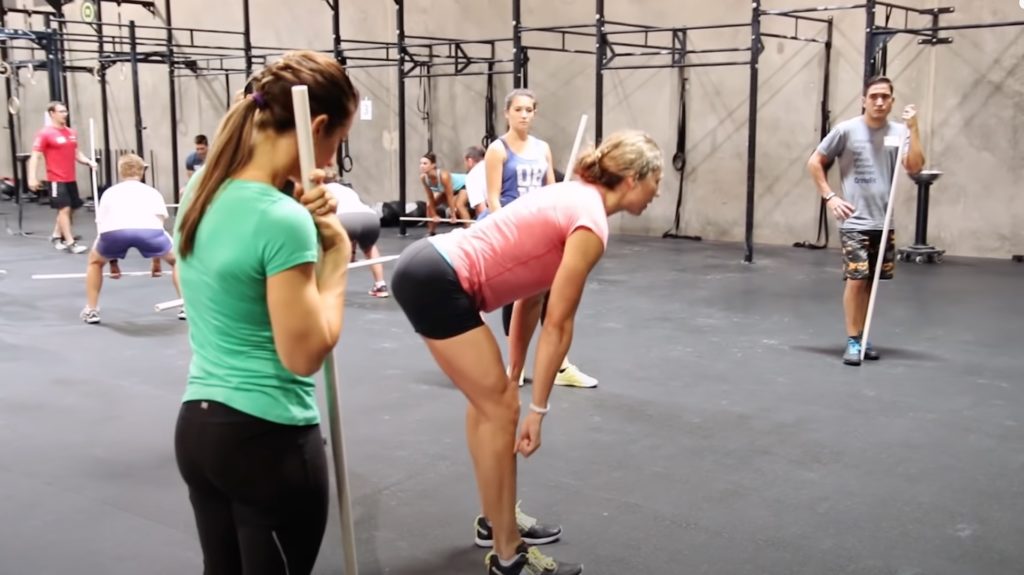 Hip Position in the Deadlift

Why do we favor a starting position with lower hips over a stiff-legged deadlift? Seminar Staff analyzes and demonstrates proper hip placement in the deadlift at a CrossFit Level 1 Certificate Course.