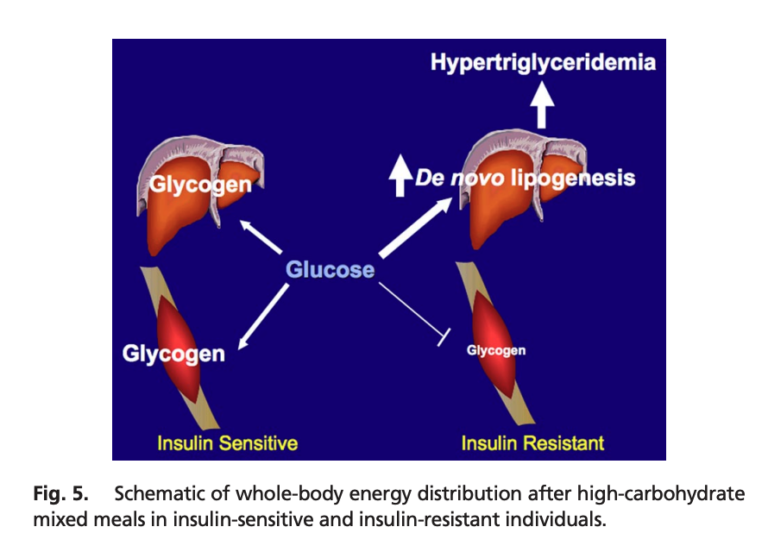 This study illustrates the primary role muscular insulin resistance can play in the development of metabolic disease. As shown here, muscular insulin resistance — observed prior to any defects in overall adiposity or inflammation — leads to a greater share of consumed calories being directed toward triglyceride production and a smaller share toward glycogen storage, even when identical meals are consumed. This increased triglyceride production would be expected to lead to fatty liver disease and hepatic insulin resistance (4), which itself leads to fasting hyperglycemia, obesity, and diabetes (5). The fact that these defects were visible in subjects with normal body weight and normal levels of inflammation suggests such factors are secondary defects and impaired muscular insulin sensitivity is the initial cause of the metabolic syndrome in at least some individuals (6). This suggests interventions to maintain and improve the ability of muscle cells to take up glucose in response to insulin — including, as previously reviewed on CrossFit.com, exercise — may play a particularly important role in the prevention and/or amelioration of the metabolic syndrome.