The article below is a portion of Chapter 12 from Gary Taubes’ book The Case For Keto, presented here with permission from the author and publisher. The book is set for publication on Dec. 29, 2020, and is available for pre-order here. 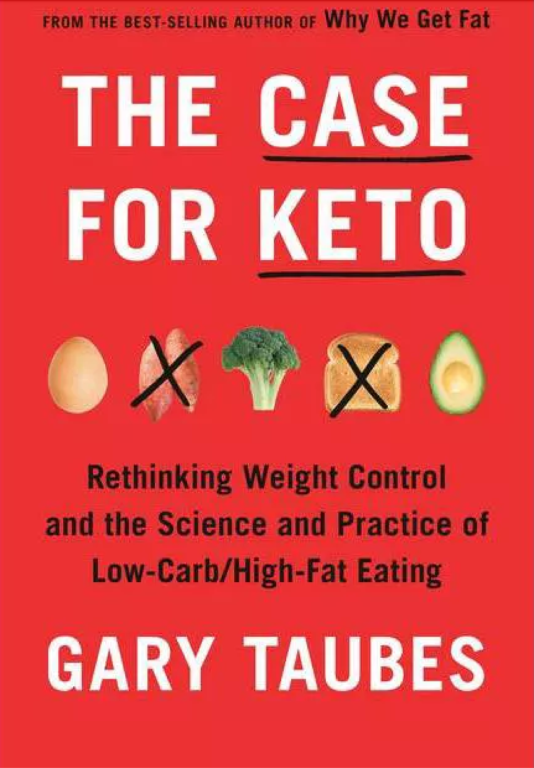 Given a choice between a hypothesis and an experience, go with the experience.

Nutritional authorities (or at least those quoted in the media) still argue with the same dogmatic assurance as ever that they’ve always been right and so their credibility should not be doubted, but the conventional thinking on nutrition and the nature of a healthy diet has clearly changed considerably in the past twenty years. The slow, relentless accumulation of clinical trial and clinical evidence supporting what I’m arguing for in this book, and what thousands of physicians have now come to believe, has had an effect, which is how science is supposed to work.

Twenty years ago, when I first began reporting on this subject, the conventional wisdom was that the only way to lose weight was to consciously restrict calories (or exercise more); that diets that prevented heart disease had to be low in fat; and that LCHF/ketogenic eating was deadly. Now, with the notable exception of Katz and Bittman in their hyperbolic moods and U.S. News & World Report (where Katz has played a significant role in the authoritative committee), proponents of the orthodoxy in the media are typically arguing or defending a much different position: that calorie-restricted and/or low-fat diets are as good or as healthy as LCHF/ketogenic eating, about which there is nothing special. These conventional eating experts want people to know we still have a choice when it comes to weight loss (therefore these experts weren’t completely wrong, only partly). The informed argument is no longer that LCHF/ketogenic eating will shorten our lives but that other ways of eating may work just as well. The implication is that these other eating patterns aren’t as radical, making them easier to sustain and surely less of a risk.

A handful of prominent physicians and nutritional authorities will still actively argue—as they do, for instance, in the Netflix film What the Health—that the healthiest way to eat for all of us is to minimize animal fats and animal products. Not just to consume mostly plants but perhaps to eat only food that is plant-based, vegetarian, or even vegan. But these physicians or researchers have not compared these two approaches—whether in their own clinics or in clinical trials—to conclude that mostly plant diets work better for their patients or that LCHF/ketogenic eating does harm. (A reminder: The relevant trials that can do this reliably don’t exist.) These physicians, nutritionists, and even epidemiologists surveying populations have strong beliefs that mostly or all-plant diets are beneficial, which may be valid. But that tells us (and them) nothing about the relative benefits or harms of LCHF/ketogenic eating. These physicians don’t know, in effect, whether their patients would do better or worse abstaining from carbohydrate-rich foods specifically, rather than from animal products. They’re only guessing. Those who insist so vehemently that these diets are dangerous do so not because they have clinical experience to that effect, and not because they’re familiar with the clinical research literature, but because they don’t.

So is it safe? Can you follow an LCHF/ketogenic eating plan indefinitely without fearing that you’re slowly killing yourself? The existing evidence says that if you have metabolic syndrome, if you’re getting fatter or are already obese, if you’re prediabetic or already diabetic, avoiding carbohydrate-rich foods and replacing them with fat may be the single healthiest thing you can do for yourself. That’s why so many physicians have now become evangelists.

No one can guarantee what happens in the long run. The evidence to do so, as I’ve said repeatedly, doesn’t exist and may never exist. Anyone who makes an ironclad guarantee for any way of eating—that one diet will assuredly make you live longer than others—as Gladwell suggested and I tend to agree, is probably selling something (although perhaps with the best of intentions). Over the years, both the media and the research community have fallen into the habit of discussing the constituents of healthy diets in terms of the benefits they may confer. Eating abundant fruits and vegetables, as a recent New York Times article said, “can promote health,” as though these foods contain indispensable ingredients that work to make us healthy and keep us healthy. By this logic, the more fruits and vegetables in a diet, the better. This may be true, but the only way we can get some reliable information is by adding them to our diets or taking them away and seeing what happens. Do we get leaner? Do we get healthier? Do we feel better or worse?

A more useful way to discuss the pros and cons of dietary changes, as implied earlier in this chapter and by Geoffrey Rose’s observation about natural and unnatural factors, is in terms of how well they do at removing whatever it is that makes us ill, while keeping the essential fats, minerals, and vitamins that we know reliably are necessary for health. (If we eat in a way deficient in these fats, minerals, and vitamins, we get deficiency diseases.) By this standard, we know that when carbohydrates are removed (including fruits and starchy vegetables) and replaced with fat, people get leaner and healthier. What was wrong with these folks has seemingly been corrected by the simple removal of nonessential constituents of the diet.

As such, LCHF/ketogenic eating can be thought of as working to correct our health rather than improve it. I’m proposing that’s how we should think about it. (This is another concept for which I cannot take credit. That goes to my friend Bob Kaplan, who is not an academic researcher but an amateur (like me, in that sense). He owns a string of health clubs in the Boston area, has a formal education in exercise physiology, and has made it his life’s pursuit to understand the relevant science. He’s done as good a job of it as anyone I know.) A diet that restricts carbohydrates and replaces those calories with fat corrects your weight by lowering it. It corrects your blood pressure by lowering it. It corrects your inability to control your blood sugar. It’s not the equivalent of taking a pill that will make you healthy; rather, it removes what makes you unhealthy, replaces those calories with a benign macronutrient (fat), and in so doing, fixes what ails you. These corrections are noticeable in real time, by patient, by physician, and by any individuals who try this approach on their own.

The gamble is that improving health in the short run will lead to improvements in the long run. We’re gambling that if something happens in the future, if a symptom of ill health develops, we can experiment with how we’re eating to see if that’s the cause, then fix it appropriately. We’re taking our health into our own hands. There are no ironclad guarantees, though. There never are. In considering the question of what’s safe and what isn’t, one more vitally important aspect has to be taken into account. It’s no longer just our health that we’re worried about or our children’s—it’s the planet’s. So we must ask if LCHF/ketogenic eating is justifiable if it means increasing your “climate footprint” compared to alternatives. Given what may be a trade-off between humanity’s future and your own health (and that of your children), how do you decide?

In the last few years, the conventional wisdom has emerged that eating animal products results in a greater contribution to green-house warming of the planet than does eating plants. Because we worry with good reason that global warming is a major threat to planetary health and humanity’s future, we believe we should do whatever we can personally to mitigate it. This has led newspapers to publish analyses of “how to shop, cook and eat in a warming world,” as The New York Times did in April 2019, and to suggest that the fewer animal products we consume (and certainly the less beef, lamb, and dairy, as these seemingly have the greatest climate footprints), the healthier the planet will be.

This may indeed be true. While acknowledging that livestock can be raised in ways that are relatively climate friendly and much of it is (in the United States, for instance, more, say, than in Brazil), the implication is that the most climate-friendly eating pattern is one that omits these foods—a vegan diet—and that that’s how we should eat. For those who don’t think they can become a vegan, the Times suggests, then “another approach would be to simply eat less meat and dairy, and more protein-rich plants like beans, legumes, nuts and grains.”

The problem, of course, is that this thinking once again assumes that the conventional healthy diet—or even an unconventional and arguably unnatural diet, per Geoffrey Rose’s thinking, like the vegan diet—is indeed healthy for all of us. It builds on a foundation of the bad science in nutrition research of the past fifty years, and it shows little concern for the absence of clinical trials that might actually test it. It’s also the lean person’s perspective. If those of us who are predisposed to be insulin resistant, obese, and/or diabetic in the modern food environment get fat or stay fat eating beans, legumes, and grains, we have a conflict that must be resolved.

It’s certainly possible to eat a vegan or vegetarian LCHF/ketogenic diet, and many people now do. Whether it is a healthier option for some of us (rather than for the environment) in the long run than LCHF/ketogenic eating with some or even mostly animal products is an open question. I’m skeptical (as is my nature). Without the clinical trials, the only evidence we have on which to base our conclusions is how our weight and health status responds to these eating patterns. As we try to do what we can for the environment, the planet, and our future, we’ll have to take into consideration what we have to eat to remain healthy and how important that is to us. Until we know the trade-offs, both personally and as a society, it may be a costly mistake, regrettably, to assume that a way of eating that is healthiest for the planet is healthiest for us.

Purchase or preview the book here.

Published December 29, 2020 by Alfred A. Knopf, an imprint of The Knopf Doubleday Publishing Group, a division of Penguin Random House LLC. Copyright © 2020 by Gary Taubes.