This 2019 trial assessed the effects of a low-carbohydrate diet, as implemented in standard clinical practice, on cardiovascular risk in diabetic and prediabetic patients.

The authors include primary care practitioners at Norwood Surgery in the Northern U.K. who began prescribing low-carbohydrate diets to diabetic and prediabetic (and/or glucose intolerant) patients in 2013. Between 2013 and 2018, they tracked the impact of this diet on 154 patients. These patients were given the same guidance as any patients visiting the clinic:

The diet sheet and an attached infographic are shown below. The prescribed low-carb diet emphasized elimination of sugars, dramatic reduction of foods with a high glycemic load, and replacement of these foods with vegetables, some fruit, some dairy, meat, and fats. Compliance was not explicitly measured, though patients reported substantial reductions in carbohydrate intake in periodic dietary surveys. 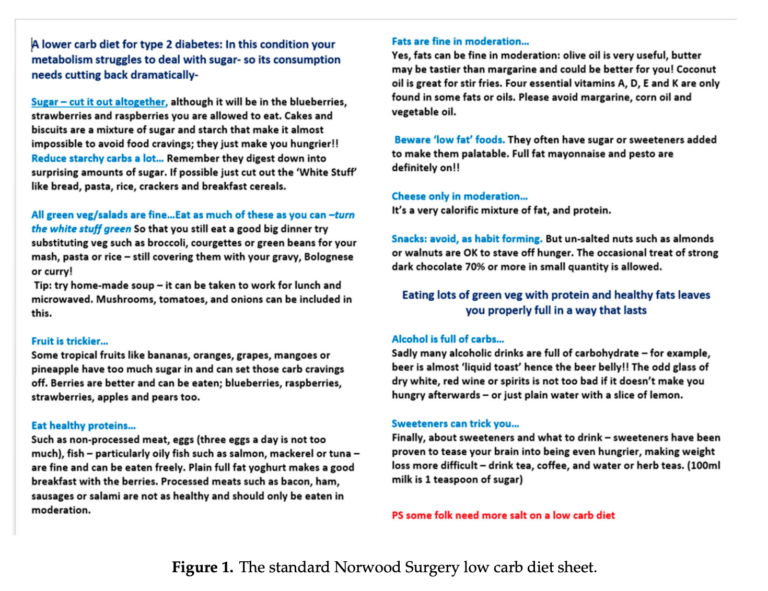 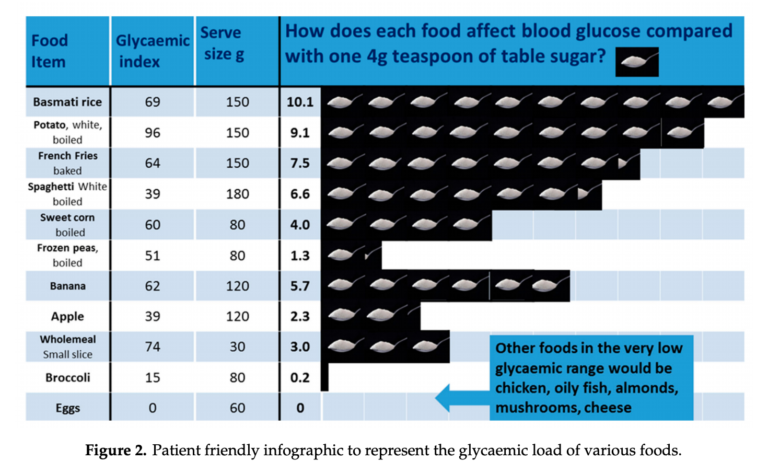 Notably, the 154 patients were collectively taking 163 drugs for hypertension at baseline; by the end of the trial, 35 of these repeat medications were no longer being prescribed. The authors estimate the actual decreases in systolic and diastolic blood pressure associated with the dietary change alone, correcting for these medication changes, were 14.8 and 8.1 mmHg, respectively. Such blood pressure reductions are associated with a 30% reduction in stroke risk and 20% reduction in future cardiovascular mortality. 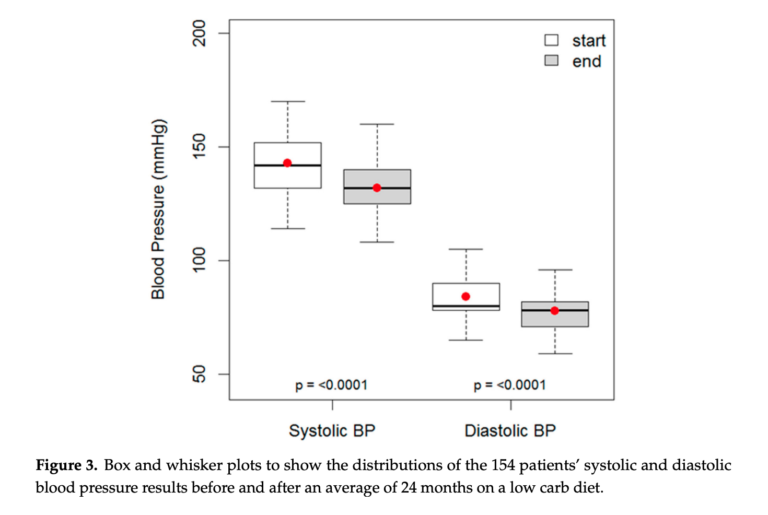 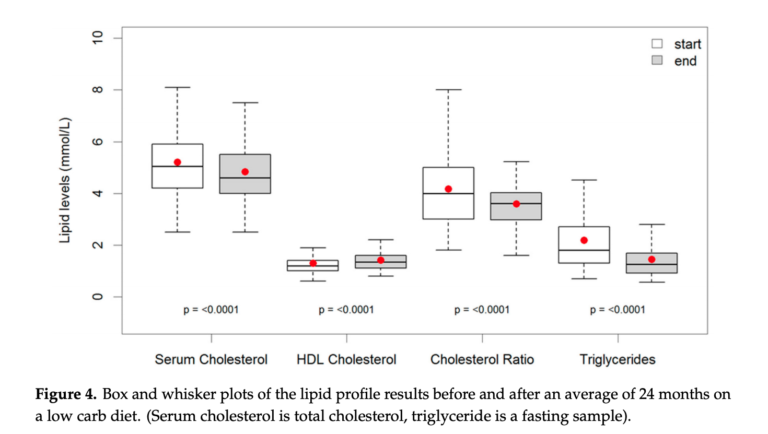 Editorial note: The research presented here is consistent with the dietary prescription CrossFit participants and trainers around the world have found to be efficacious in millions of “n=1” experiments (specifically, “eat meat and vegetables, nuts and seeds, some fruit, little starch, and no sugar”). We would not, however, consider this observational study based on self-reported data to be authoritative in and of itself, as it fails to meet the standard of data that is “observable, measurable, and repeatable.”

More authoritative support for similar conclusions regarding the benefits of carbohydrate restriction can be found here: