CrossFit | BMJ: Randomized Trial on the Effects of a Low-Carb Diet
Skip to Content

This trial at Boston Children’s Hospital and Harvard Medical School tested whether different diets affect energy expenditure after weight loss, with the implication that a diet that increases the number of calories we burn might make it easier to keep weight off. A total of 164 overweight or obese subjects first lost 12 percent of their body weight by cutting their calorie intake by 40 percent. Once this weight loss was achieved, they were randomized to a low-, medium- or high-carb diet, continually adjusting calorie intake so weight remained stable for 20 weeks. 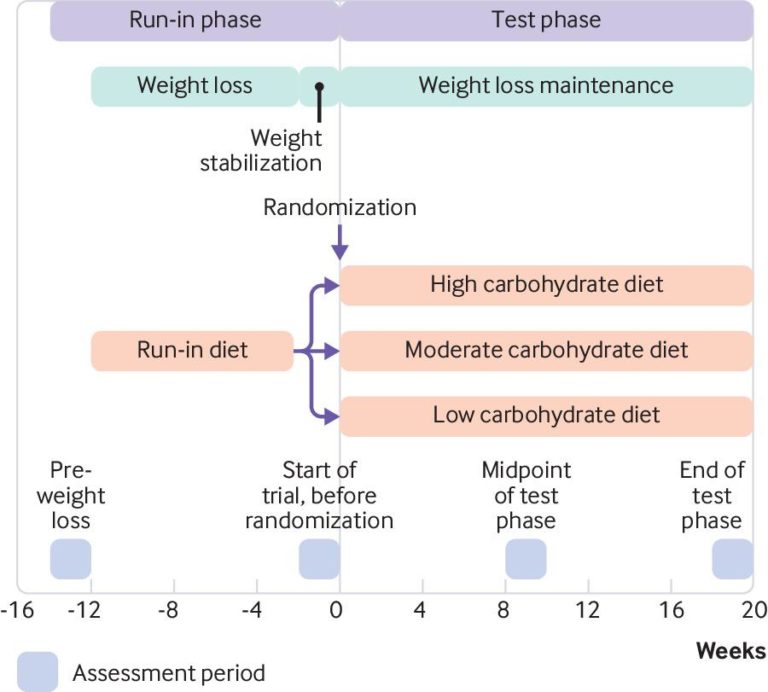 Figure 1: The design and timelines of the study, as published in the BMJ. 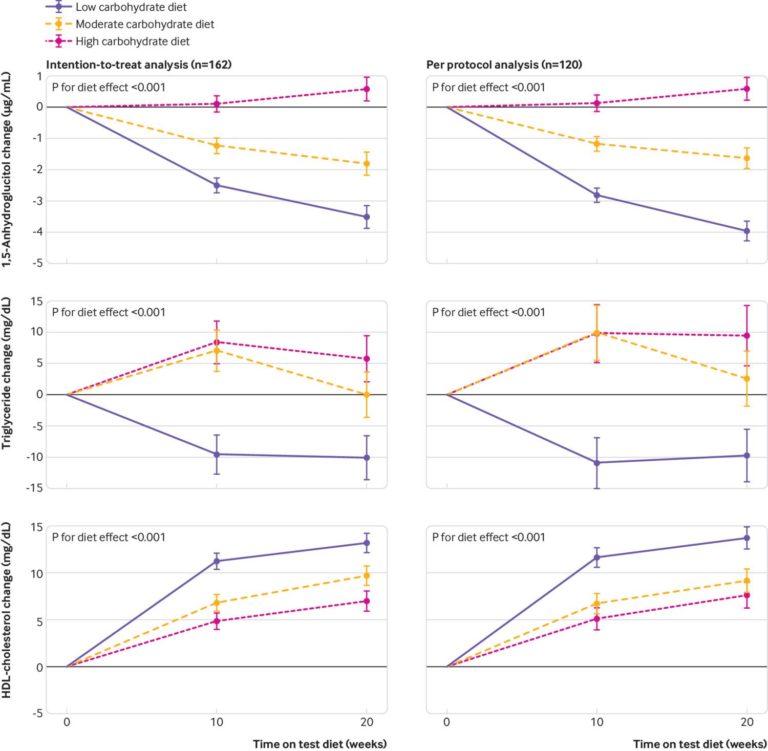 Figure 2: From the BMJ: “Biomeasures of compliance in intention-to-treat and per protocol analyses. … Data are shown as mean change from start of test phase, with whiskers representing 1 standard error above and below the mean. P tests uniformity across diet groups for average of changes at midpoint and end of test phase. Left, intention-to-treat analysis; right, per-protocol analysis.

“Consistent with the carbohydrate-insulin model, lowering dietary carbohydrate increased energy expenditure during weight loss maintenance. This metabolic effect may improve the success of obesity treatment, especially among those with high insulin secretion,” the authors concluded.

These results suggest that maintaining weight loss, especially for individuals with hyperinsulinemia, might be easier on a low-carb than a high-carb diet. More importantly, it shows that the composition of the diet meaningfully affects how the body reacts to a weight-reduced state, and thus certain diets that target the metabolic defects associated with weight gain might support effective weight loss.

In this controlled feeding trial over 20 weeks, we found that total energy expenditure was significantly greater in participants assigned to a low carbohydrate diet compared with (a) high carbohydrate diet of similar protein content. In addition, pre-weight loss insulin secretion might modify individual response to this diet effect. Taken together with preliminary reports on activation of brain areas involved in food cravings and circulating metabolic fuel concentration, results of the current Framingham State Food Study (FS)2 substantiate several key predictions of the carbohydrate-insulin model. Regardless of the specific mechanisms involved, the study shows that dietary quality can affect energy expenditure independently of body weight, a phenomenon that could be key to obesity treatment, as recently reviewed.