The concept of midline stability is well known in the CrossFit community, with trainer seminars including it as a topic of discussion for nearly two decades. But out in the broader fitness world and in the non-exercising world, the concept is lesser known and frequently confused with the closely related concept of the “core.”

What Is the Core?

The word “core” simply refers to the center of something: the core of an apple, core of a planet, core of the truth. Anatomically, it is generally used as a descriptor and is not part of the disciplinary nomenclature. Its familiarity and use in a variety of settings stems from a number of appropriations in usage.

Core was originally used as a word added to modify the phrase “body temperature.” “Core body temperature” described a thermometer reading obtained from within the thoracic or abdominal cavities of a mammal. As most thermometer placements are oral or tympanic and not rectal (which is most closely representative of actual core temperature), it is rare, other than in scientific or specific clinical situations, to actually take a core temperature measurement. In the figure below, we can see from thermal distributions what might be perceived as the core of the body. 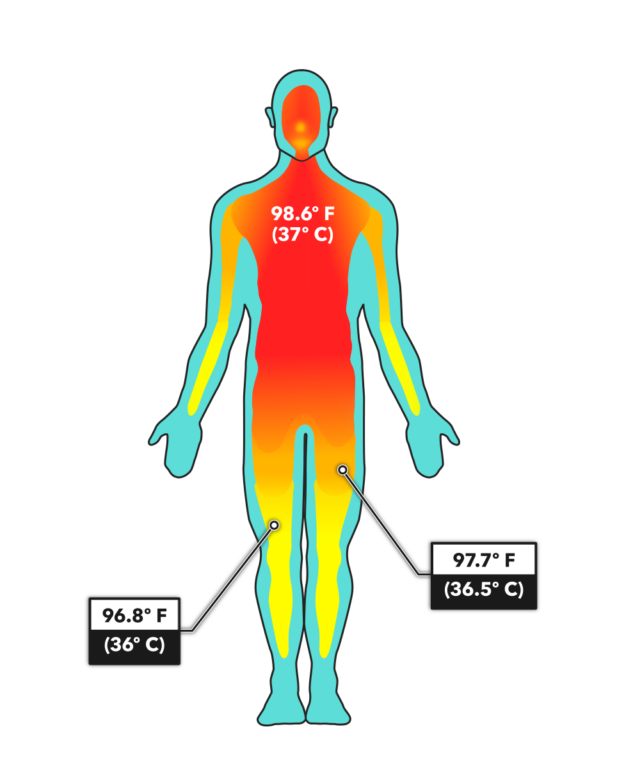 Body temperature is highest in the thickest parts of the body, toward the internal center where heat dissipates most slowly (in red above). The amount of metabolically active tissues present also increases internal temperatures. Skin temperatures and those in relatively avascular tendinous and ligamentous areas are cooler.

A second usage of the word “core” arose largely in the 1990s and 2000s. Within clinical research groups related to low back pain, the ideas of “segmental stabilization” and “core stabilization” were synonymous. These terms referred to the contribution of muscles attached to the lumbar vertebrae to stabilizing posture and reducing the incidence of low back pain. They were also used to refer to the exercises that strengthened these muscles; people would go to the gym to develop the abdominal and lumbar musculature and reduce low back pain. These concepts also led to the idea that to work your core, you worked abdominal and lumbar muscles.

The idea of the core was narrow, and which muscles are included under this concept varies according to context: 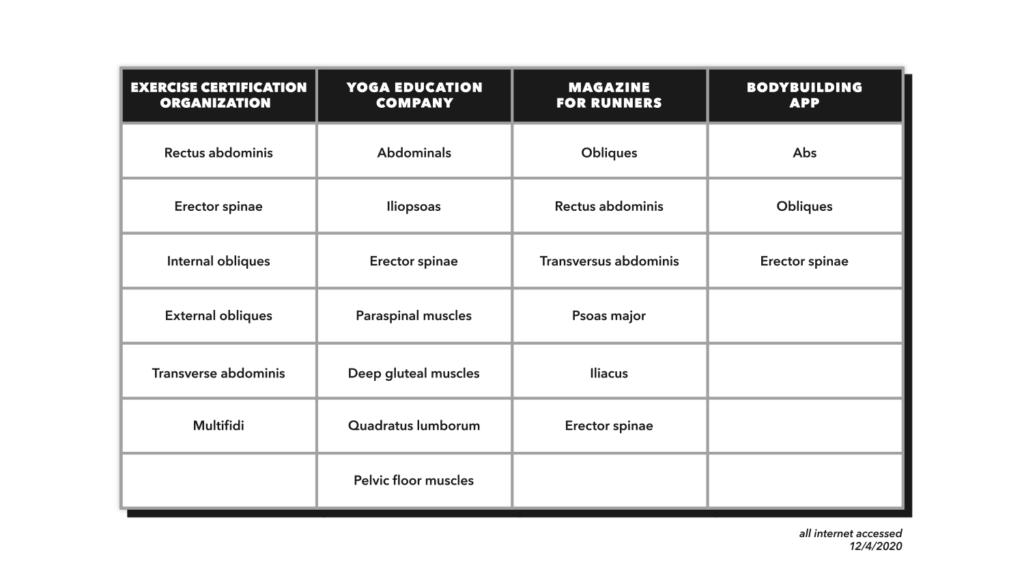 What is evident here is that the concept of the core is not particularly well defined anatomically among the leading fitness certification organizations, the fitness media, and fitness trainers. Ask 10 unrelated people to define the core and you will not find a consensus. You will get a mixed response of lay terms like, abs, abdominals, and obliques mixed in with proper anatomical names and a nebulous and incomplete presentation of how the core is supposed to work in benefit of movement.

If we consider all the musculature that attaches to and acts on the vertebral column to stabilize it, from C1 to the skull, then the list of actual core muscles is much larger than those mentioned above. Even if we only consider muscles acting at the lumbar spine, the list of muscles functioning is much larger than those above. But we can’t focus only on the lumbar. Upstream and downstream parts of the vertebral column directly and indirectly affect lumbar function as well.

Muscles acting at the intervertebral level in each vertebral region — cervical, thoracic, and lumbar:

Muscles acting at the cervical level: 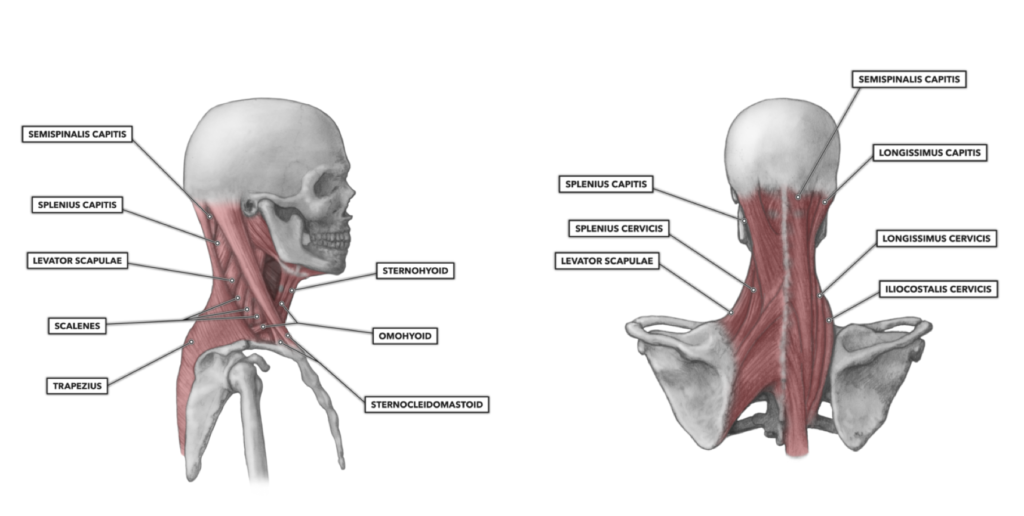 Muscles acting at the thoracic level:

Muscles acting at the lumbar level: 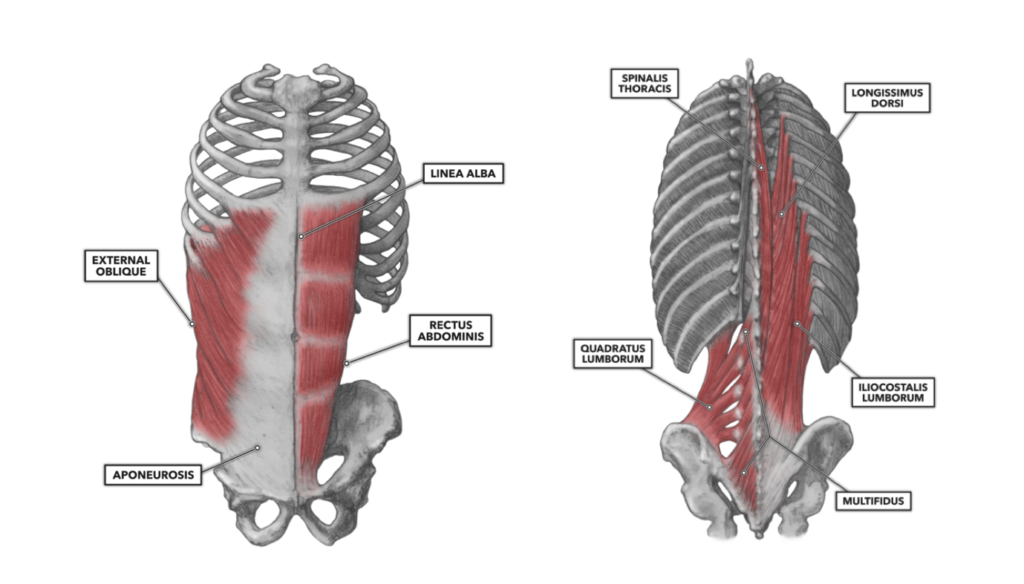 In the century before the word “core” made its way into the lay exercise vocabulary, weightlifters and powerlifters had been utilizing exercise training, other physiological mechanisms, and external support aids (like a belt) to add stability to the vertebral column. Adding stiffness to the vertebral column — the complete vertebral column, sacrum to cervical — improved performance results. To stabilize the thoracic and lumbar segments simultaneously, a wide belt was tightened around the abdominal cavity and then the Valsalva maneuver was performed. Together, these two things increased abdominal and thoracic pressures exerted against the anterior surfaces of the vertebral column. With the co-contraction of the muscles attaching along the complete anterior-posterior vertebral column (both directly and indirectly), a balance of forces acted to stiffen and stabilize the individual intervertebral joints along the lumbar and thoracic.

While the concept of vertebral bracing expands the idea of the core beyond the narrow view that it relates only to lumbar stability, it still is not the complete picture. The core extends to and involves anatomical structures beyond the vertebrae. The hips are also significantly involved, because as the Level 1 Training Guide indicates, “running, jumping, punching, and throwing all originate at the core.”

Midline Stability, Part 2 will offer a more detailed look at the anatomy of the core and explain how indirectly associated muscles are crucial to stability and dynamic movement.