Air first enters the body through the mouth or nasal passages. It then passes through the larynx and enters the trachea, which divides into the right and left primary bronchi (plural; bronchus in singular) before finally entering the lungs about one-third of the way down their length at roughly the midsternum level. The bronchi are ringed cartilaginous tubes that are also equipped with smooth muscle along their length. 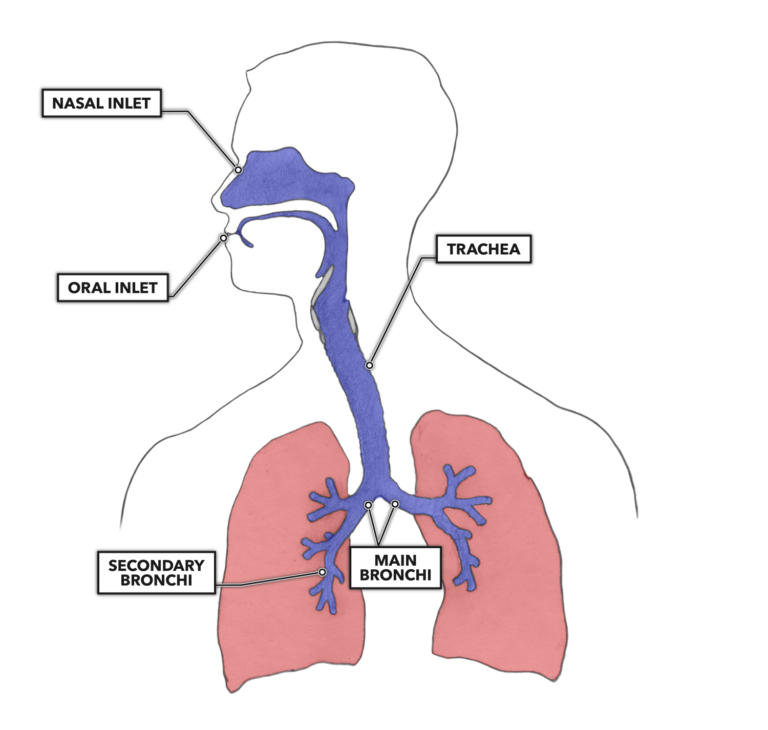 Figure 1: Air is taken in with the oral and nasal passageways. It then moves to the trachea, which bifurcates into right and left primary or main bronchi. The bronchial tree then divides into smaller and more numerous bronchi and bronchioles that permeate the interior structure of the lungs.

The bronchi are simple tubes that are involved in getting air to the alveoli. After a bifurcation, each primary bronchus enters a lung. Additionally, because the right lung has three lobes rather than two, it has one more bifurcation than the left.

Each bronchus then branches extensively, the tubes getting progressively smaller with every sequential division and shifting from macroscopic to microscopic. In total, from the largest bronchi to the smallest bronchioles, there are over 1,000 miles of air-conducting tubes in the lungs.

The air-handling features of the lungs are generally divided into two zones, the conducting zone and the respiratory zone. You can think of them as a large-scale air movement zone and a micro-scale gas exchange zone.

The conducting zone is made up of a set of air-conducting tubes. Due to their structure, not including alveoli, gas exchange does not occur between their lumens and the blood. The components of the conducting zone are usually considered to be the trachea, bronchi, and larger bronchioles.

The primary bronchi do not feed into the lungs as people often visualize, and the lungs are not hollow balloon-like structures in the chest cavity. Aside from the respiratory tubing, the lungs are made up of the alveoli, which are small, spherical air sacs. There are about 300 million of them in a human lung, each about one-third of a millimeter in diameter. There are also hundreds of miles of miniscule blood vessels. If you poke a lung, it is not like poking a balloon, it is more akin to poking a big warm marshmallow.

These tiny little membranous sacs, bundled along and terminating at the bronchioles, provide an extremely large surface area for gas exchange between the atmosphere and the blood. The alveolar surface area is approximately the size of a tennis court. You can calculate this yourself with the simple algebraic equation 4πr2:

This is only a crude estimation. Alveoli are not really perfect little spheres as often depicted; they have irregular shapes and sizes. Though they are about one-third of a millimeter in diameter on average, they increase in size with inhalation and decrease with exhalation. And 300,000,000 is a rough estimation of alveolar number. 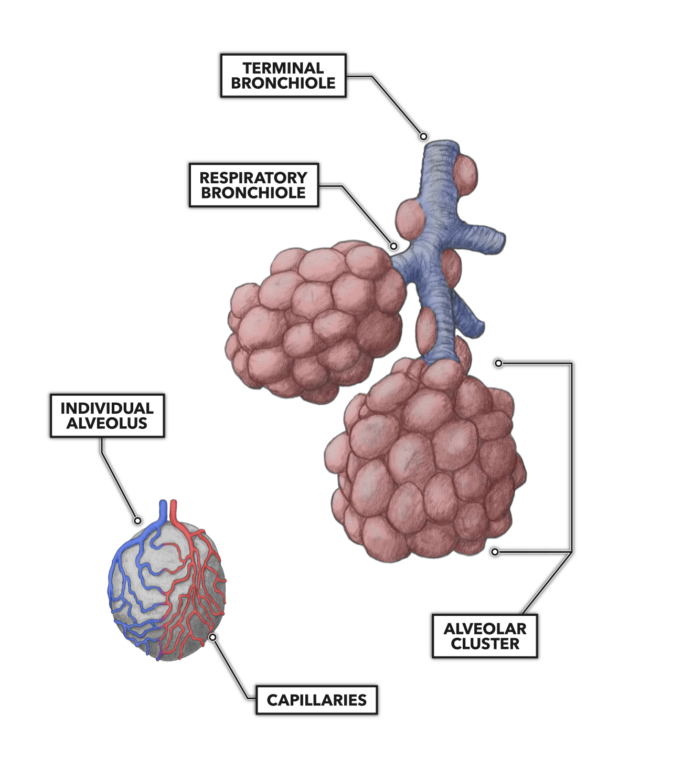 Figure 2: Alveoli are densely packed around bronchioles at their terminus. Note that adjacent clusters will buttress adjacent clusters much more closely than pictured here. Each alveolus is extensively covered by capillaries to facilitate gas exchange.

An alveolus is one cell layer thick and made up of epithelial cells. Some of the epithelial cells are simple structural elements. Others are secretory in nature, producing surfactant, a chemical that lowers oxygen’s resistance to dissolving from the atmosphere into the blood. It also reduces the stickiness of the inner walls of the alveoli, preventing alveolar collapse. Bundles of alveoli are loosely connected by bands of fibrous and elastic connective tissue.

Pulmonary capillaries cover almost the entire alveolar surface and do so in such a complete and thorough fashion that it almost looks like a sheet of blood covers the surface of each alveolus. An extremely thin barrier (0.3 μm) lies between the alveoli and pulmonary capillary blood. This is known as the blood-gas barrier. The chemicals present in the barrier allow oxygen to diffuse easily into the capillary bloodstream as carbon dioxide easily diffuses out. This is important, because the heart drives the entire cardiac output through the pulmonary capillaries and past these alveoli, so this is where the blood must upload oxygen and offload carbon dioxide.