Which was quite impressive, seeing as he usually put away 20 beers on an average Tuesday night. More on the weekend.

His memory didn’t fare quite as well, though the then-early 30-something didn’t mind the chunks of lost time. But all that changed with one sentence from his young son.

“When you drink beer, you turn into chaos sometimes,” he recalled the boy saying back in 2014.

“That was my last one,” Hayes said. 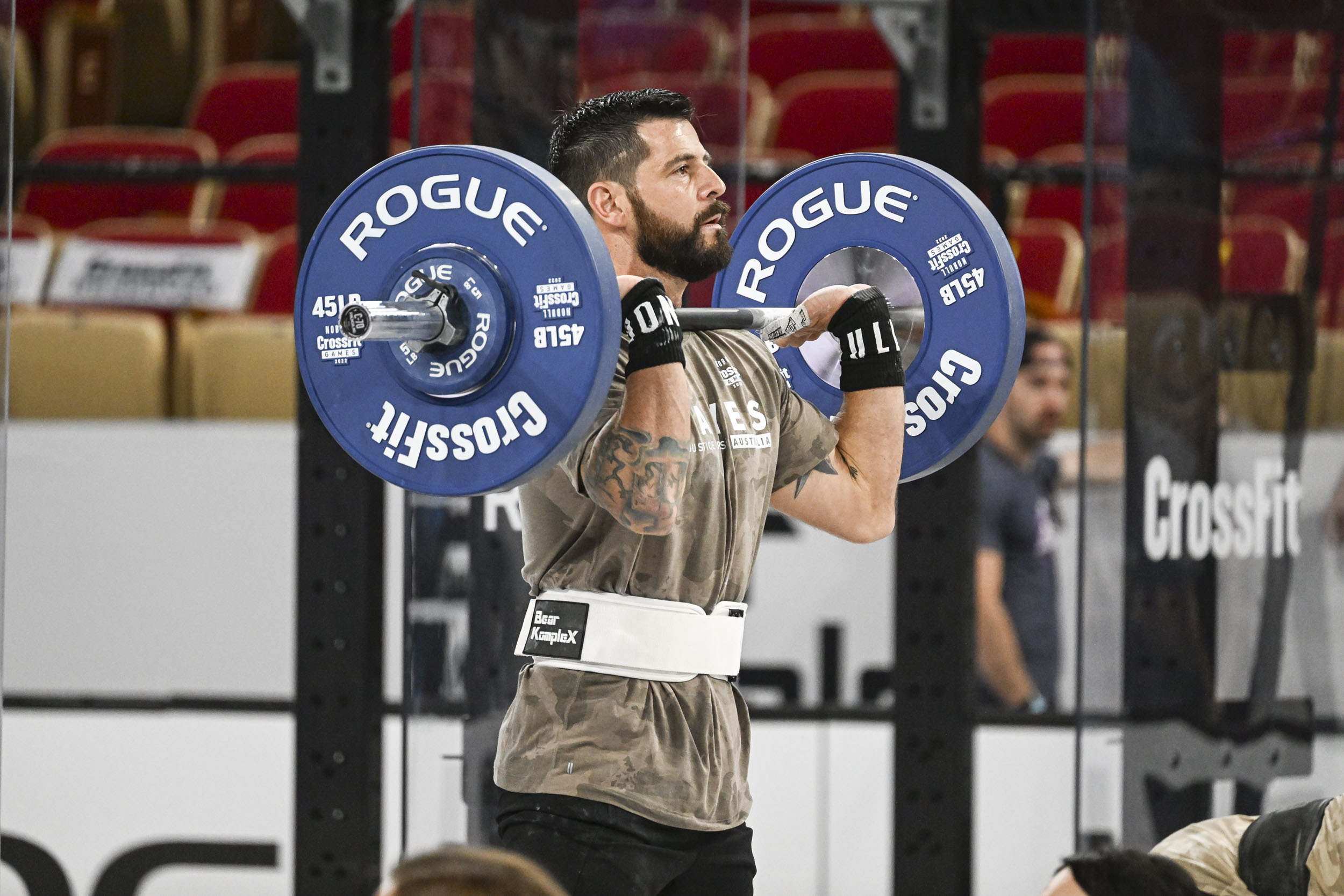 Before Hayes was an alcoholic, he was a professional football player in the Australian Football League, playing for the Subiaco football club from the late 90s until his retirement in 2008. Having grown up in a home with an often-absent father, the team was like family; the game, his purpose. So when he hung up his boots shortly after his first son was born, he felt lost.

“When I finished footy, I really lost my identity,” the now-43-year-old from Perth said.

So he filled the void with beer. Unfortunately, he only knew one way to imbibe.

“In football, you’re allowed to drink once a week,” he explained. “So when I drank, I’d get blind drunk.”

That meant five or six beers to pregame, another handful out with a friend, and the rest of the case when he got back home. Every night.

As the cans piled up, so did the weight — both physical and mental. Hayes’ waistline expanded, his already-worn down knees ached, and he became depressed. When he began thinking about suicide, his doctor prescribed antidepressants.

Hayes was still in the thick of addiction when he accepted an invitation to lace up for one last game just under a decade ago. He couldn’t run fast enough to catch the ball.

“I gotta do something,” he thought, thinking of the kids — by that time, he had two — he had no energy to play with.

So he started CrossFit. 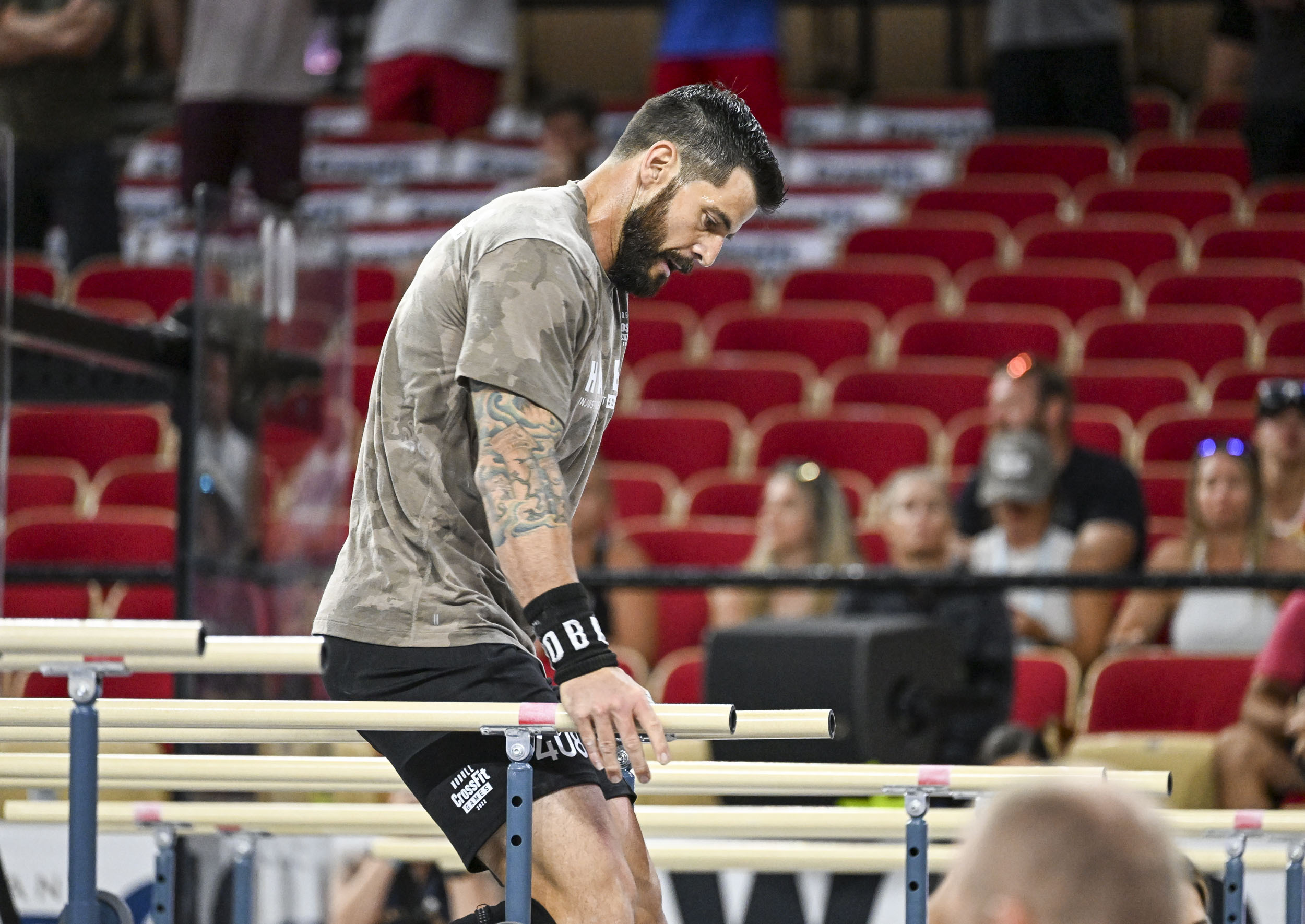 At the gym, Hayes found the second family he thought he’d left on the field.

“They had that camaraderie like in football,” he said of the athletes he soon befriended.

He loved the intensity and the friendly competition. Still, he hadn’t quit the drink.

“I thought I could do both,” he said.

But when his son sobered him up with the comment about chaos, Hayes ditched all but one final beer — one that’s remained at the back of his fridge ever since.

The improvements came quick once he quit.

“All of a sudden, I could run pain free,” Hayes recalled.

He never sought to become an elite athlete. But competition was a better addiction than beer, and after building his chops at a few local throwdowns and small partner competitions, he helped Injustice CrossFit to Carson, California, where he and his teammates took 31st at the 2017 CrossFit Games. Two years later, he earned bronze as a master in the Men’s 40-44 division.

After taking eighth in the Age-Group Semifinal this year, Hayes returned to the Games this week for the first time since 2019. Before he left, he carefully stowed his 8-year-old Corona, lest the friend watching his house crack it open at the end of a hot day.

“It’s in my undies drawer at the moment,” Hayes said after taking sixth in Skills Chipper on Friday morning. He went on to take second overall in the 40-44 division with two event wins and six top-three finishes.

And though he believes he now has the strength to drink in moderation should he so choose, Hayes said the beer’s going back in the fridge when he gets home.

“For a period, it controlled me,” he said. “And I just wanted (to prove) that I controlled it.”