To be “CrossFit” is to possess a general physical capacity that lends itself generally well to any and all contingencies: to the likely, to the unlikely, to the known, to the unknown. The fitness of the CrossFit athlete provides a solid foundation from which to take on any sport or any task. CrossFit Sport highlights the feats of everyday athletes applying this general physical capacity to the demands of their individual lives and chosen sports, along with the CrossFit Games, the world’s premier test of broad and general fitness, and its qualifying events. 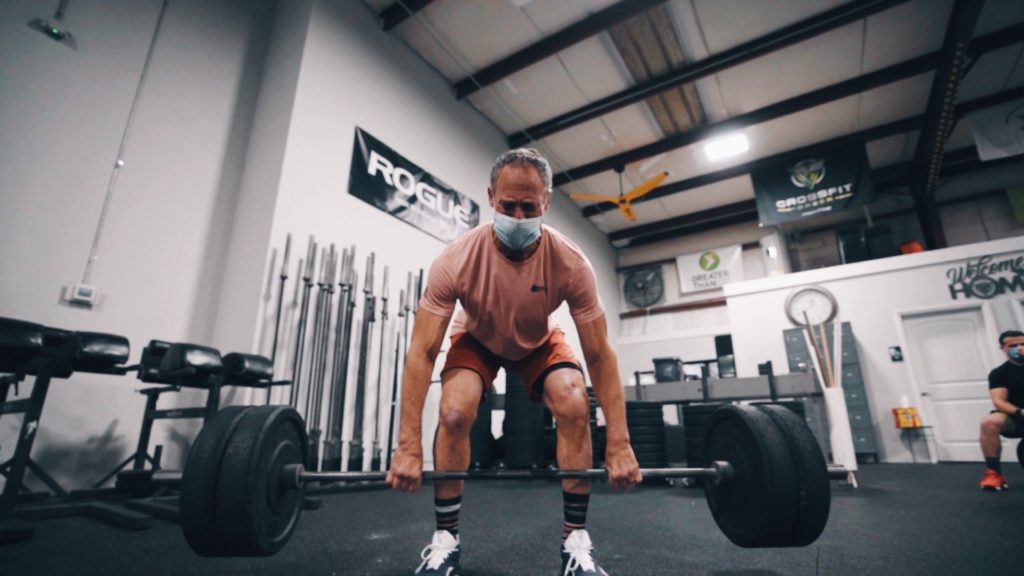 The CrossFit Open Is a Catalyst for Results

WatchThe CrossFit Open Is a Catalyst for Results 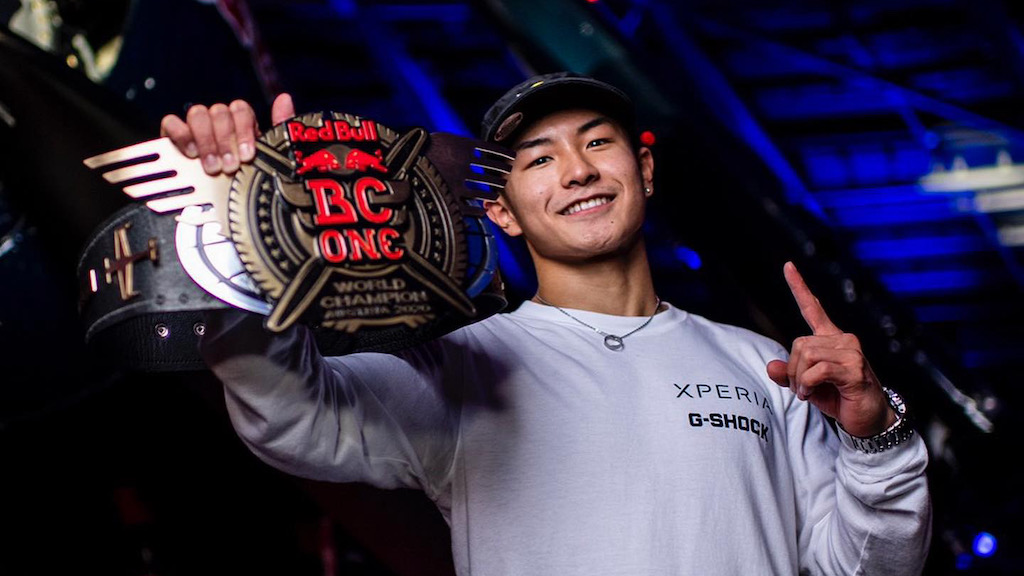 World champion breaker Shigekix has set records as the youngest and most decorated athlete in his sport. Now that he's incorporating CrossFit into his training, he's even more formidable. 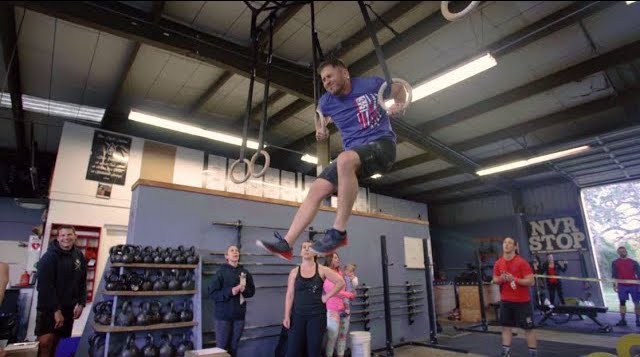 The CrossFit Open as Motivation

Our motivations may vary, but this all-inclusive competition unites hundreds of thousands of athletes around the world through fitness, camaraderie, and the goal to be better than we were yesterday. The Open kicks off next Thursday, March 11, at 5 p.m. PT, with the announcement of Workout 21.1. Whether it's your first Open or your 10th, the CrossFit community will be on one big leaderboard all together for three weeks of online competition.

Watch The CrossFit Open as Motivation

Preparing for the Open Through Lockdown and Basements

“Our mental approach was, well, the gyms are closed so we have to figure something out, and training is a big part of our lives," Viktor Munter says. "So … we said, ‘OK, this is our situation so let’s try to make the best of it.’"

WatchPreparing for the Open Through Lockdown and Basements

In this first episode of an all-new weekly series covering CrossFit Games news, host Sean Woodland discusses Mat Fraser's retirement and shares Dave Castro's update on the return of Live Open Announcements with the release of this year's workouts.

The 2015 CrossFit Games Regionals kicked off each three-day competition with the CrossFit classic Randy. En route to an overall victory at the Meridian Regional, Jonne Koski started the weekend with an event record, besting the previous record set by Dan Bailey at the California Regional.

Dave Castro on the 2021 Season: Open and Quarterfinals 101

What are Quarterfinals? How will the equipment-free athletes be ranked on the leaderboard? What equipment do I need to compete in the Open from home? Tune in to find out this and more in the first segment of this three-part interview. Stay tuned to games.crossfit.com for more to come.

WatchDave Castro on the 2021 Season: Open and Quarterfinals 101

73-Year-Old Does the CrossFit Games Open

Some compete to be named Fittest on Earth, Hoshaw competed with time and age—and she’s won.

Master the Movement: The Deadlift

In the lead-up to the 2021 CrossFit Games Open, we will be offering a series of curated tips to help you master movements that commonly appear in Open programming. In this installment, CrossFit Flowmaster Michele Mootz explains how to improve your deadlift, a movement she says transfers to any lift that originates with pulling a load from the ground.

Read the articleMaster the Movement: The Deadlift

A Message From Eric Roza on This Year's CrossFit Games

To the CrossFit affiliates, athletes, staff, and everyone who worked tirelessly to make the CrossFit Games possible — especially this year — thank you. Thanks for not giving up.

WatchA Message From Eric Roza on This Year's CrossFit Games

The final event of the 2020 Games borrowed elements from the classic CrossFit workout Mary and melded them into the structure of the Hero workout Murph. Atalanta, named for a Greek heroine who was renowned for her athleticism and hunting ability, proved to be the longest and possibly hardest CrossFit Games final event to date.

Watch four athletes test Event 7 of the 2020 Games, the Snatch Speed Triple. Adrian Bozman explains why the speed ladder is a unique test, and the importance of proper loading for these style of events to be successful.

Watch Saxon Panchik and Brandon Luckett test Event 6 of the 2020 Games, Toes-to-Bar/Lunge. Adrian Bozman speaks to the creation and evolution of the event.

The first CrossFit Games in 2007 included an open invitation to anyone who wanted to participate, and 70 athletes showed up. In 2008 registration sold out quickly, leading to the development of the Regionals system in 2009. By 2010 a third tier of qualification was needed, and 37 local Sectional events took place around the world. As CrossFit’s popularity continued to grow, it was clear even more Sectionals would be needed, or new system would need to be created. Enter the CrossFit Open in 2011. The virtual format not only cast a larger net to scour the world for the fittest but became and remains an annual rallying point for the entire CrossFit community, from the grassroots level to the global. Each year new stars are found, new PRs are set, and the CrossFit world unites around our shared goals — fitness and fun.

Watch Kristi Eramo and Andrea Nisler test Event 2 of the 2020 Games, the Corn Sack Sprint. Adrian Bozman breaks down the event, provides insight into how the event was created, and touches on the history of similar hill sprint events at the Ranch.

The hardest test in CrossFit Games history begins in nine days. Ten athletes — five women and five men — will face an unknown number of challenges as they seek to prove themselves as the Fittest on Earth.

Watch Never Give In - 2020 CrossFit Games

How to Watch the Final Stage of the 2020 CrossFit Games

Don't miss a moment of the CrossFit Games finals. The finals of the 2020 Reebok CrossFit Games will take place Friday, Oct. 23, through Sunday, Oct. 25, in Northern California. The competition can be watched across a range of broadcast and digital channels, including a live, two-hour broadcast on CBS Television Network on Saturday, Oct. 24, from 10 a.m.-noon PT. Every event of the final stage will stream live across Pluto TV, games.crossfit.com, and CrossFit’s Facebook and YouTube channels.

Recently, well-known female athletes in the CrossFit community have openly expressed their struggles with the postpartum phase of the birth experience. Even the strongest athletes may find their new life in a postpartum body can pose unique challenges to their mental fortitude. Keep reading for some real, raw, and relatable inspiration from some of our favorite moms to see on the competition field.

Rich Froning dominated the 2010 CrossFit Games … mostly. With top placings in nearly every event through the first two days, he held the lead going into the final events. Then came the rope climbs, which Froning was unable complete, causing the title of Fittest on Earth to slip through his grasp. Fast-forward a year to 2011’s first event in the Tennis Stadium in Carson, California. A giant rope climbing rig stood in Froning's path once again. Froning went on to win the event, showing that champions not only work on improving their weaknesses but turn them into strengths.