CrossFit | Médicos Meet Metcons: How Two Doctors in Brazil Are Trying to Bring CrossFit to the Medical Profession

Imagine the following scenario: You used to be pretty active, but work and family life have started to leave less time for exercising. You eat on the run, grabbing whatever is fast and easy, and your sleep schedule is, well — erratic. During your last visit to the doctor, you learned you have high blood pressure. You’ve been taking a pill everyday to keep it under control, but you’re interested in experimenting with lifestyle changes such as diet and exercise. A friend of yours tried CrossFit and at 46 is in the best shape of his life. You mention this to your doctor. She tells you, “No, I hear CrossFit often leads to injury. Try going on walks instead, and keep taking your medicine.”

This scenario is very close to reality for many people in Brazil, where people over the age of 40 or with a medical condition are encouraged to get approval from their doctor before they can engage in physical activity. While Brazil passed a national policy for health promotion in 2006 that was “geared towards health promoting strategies aiming to increase physical activity,” a study in 2012 found more than 40% of Brazil’s adults were physically inactive. Unfortunately, though many in the CrossFit community have found their training has improved their blood pressure, cholesterol, diabetes, etc., most doctors in Brazil have misconceptions about what CrossFit is and who it is for. They are, as a result, reluctant to clear their patients for CrossFit training.

Two doctors in Brazil are trying to change that. Dr. Rodrigo Jasbick, a clinical cardiologist and the chief medical officer in the intensive care unit at the Hospital Clínica do Esporte in Goiânia, has teamed up with Dr. Bruno Cardoso, a doctor of sports medicine and regular member of the CrossFit Games Medical Team. Together, the two hope to correct their colleagues’ misconceptions and promote what they know from first-hand experience is a potentially life-changing lifestyle intervention.

Dr. Jasbick Borrows a Page From the Level 1 Training Guide 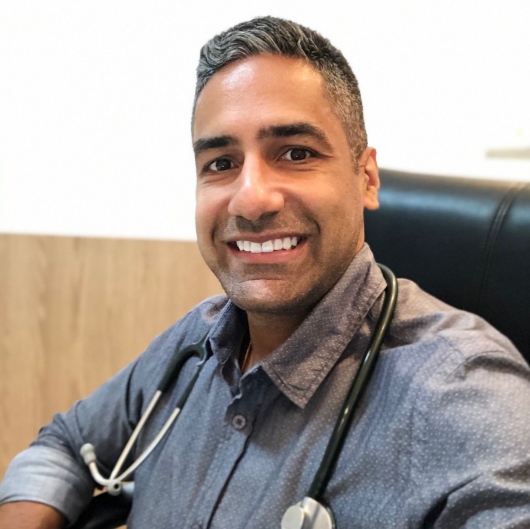 Dr. Jasbick is a former marathon runner. Six years ago, he decided to join his wife for CrossFit classes. “I started CrossFit to get better, to get more powerful in my runs,” he says.

But Jasbick’s new fitness regimen had an unexpected side effect. When he started CrossFit, he was taking three pills a day for high blood pressure. “I think I wasn’t healthy with these three medicines,” Jasbick says. His blood pressure was fine on the pills, but he had to take the pills to be fine, he notes. This was no longer the case once he committed to CrossFit training. He found he no longer needed the medications. “It’s worked well for me. Today I don’t take any medicine,” he says.

This experience, paired with what he learned later at a CrossFit Level 1 Certificate Course, caused him to reflect on his medical training. After learning about CrossFit’s sickness-wellness-fitness continuum, he began to reevaluate his role with his patients.

Before his exposure to the continuum, he believed a doctor’s job was to take sick patients, diagnose their ailment, and treat them with medications to make them well. “When I was introduced to this, page number 21 [in the CrossFit Level 1 Training Guide], I saw that I could be better,” Jasbick explains.

“This page has changed my life as a patient and as a doctor,” he says. “I realized that if I could move myself toward fitness, I could help move my patients toward fitness, and maybe they wouldn’t need pills anymore.”

Jasbick credits CrossFit with teaching him a lesson he didn’t learn in medical school: He can push people toward wellness with pills, but there are no pills that can move someone toward fitness, he says. Such a thing “doesn’t exist in medicine.” Healthy food and high-intensity training are the only thing that can do that, he adds. “I truly believe in it. … I truly believe that CrossFit saved my life.”

Soon, Jasbick decided he needed to share what he’d learned with his patients and colleagues. He began by taking page 21 from the Training Guide, framing it, and hanging it on the wall in his office. He also started an Instagram account, @seu_medico_faz_crossfit, which means “Your doctor does CrossFit,” where he discusses topics related to CrossFit and health. The account now has close to 30,000 followers.

His next step was to call up Dr. Bruno Cardoso.

Six years ago, shortly after finishing his residency in sports medicine, Dr. Bruno Cardoso discovered CrossFit on social media and decided to give it a try.

He started training CrossFit alongside his wife and mother-in-law, both of whom suffered from chronic pain. His wife was taking medication for fibromyalgia, and his mother-in-law was receiving treatment for a hip problem. Over time, he says, CrossFit helped them both. The effects of high-intensity training were particularly profound for his wife. It “ended all of her pain in her body,” Cardoso says. “You could see as a doctor how that could be a very useful tool for our patients.” 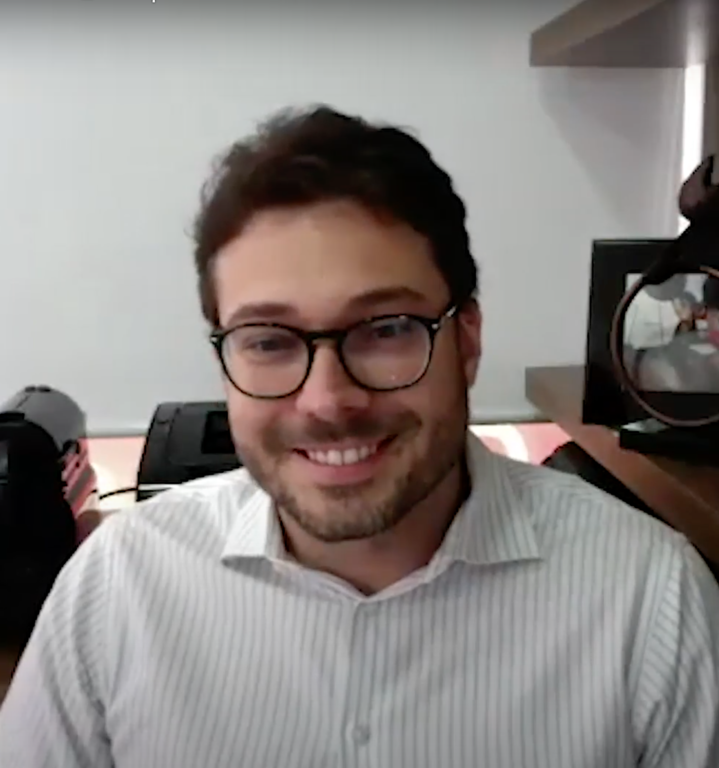 While at the Games, Cardoso met Karen Thomson of CrossFit Health and several other members of CrossFit’s home office. They invited him to the Ranch to attend the first Level 1 for medical doctors (MD-L1). He then helped bring the MD-L1 to Brazil, supporting events in Rio and São Paulo. “Since then, I realized how bringing the MD-L1 to Brazil raised the desire for other doctors to approach us about how they could be a part of CrossFit Health,” he says.

Drs. Jasbick and Cardoso decided they wanted to create an open line of communication with their colleagues to talk about CrossFit. They scheduled their first Zoom meeting for Brazilian doctors earlier this year. One-hundred medical professionals joined the call to talk about what CrossFit is, what CrossFit Health is doing, and how they could use CrossFit to help their patients.

During their second meeting, the doctors discussed injury rates in CrossFit in an effort to separate fact from fiction. Jasbick notes most Brazilian doctors fear CrossFit’s injury risk outweighs its benefits. In the Zoom meeting, they reviewed various scientific articles that show this perception is mistaken.

While the first Zoom call was well attended, even more people were interested in participating in the second, but the channel was capped at 100 attendees. Jasbick and Cardoso are now linking up with CrossFit Health and will be able to increase the number of people who can join them on the platform to accommodate larger discussions going forward.

Due to the increasing interest, they now plan to hold their Zoom meetings on a monthly basis. Their next meeting is scheduled for Oct. 20, 2020. There, they will discuss a systematic review published by a group of Brazilian CrossFitting doctors in Frontiers last August. The paper analyzes hormonal, metabolic, and inflammatory responses to CrossFit training. In November, they will discuss the cardiological impact of CrossFit.

Both doctors attribute the misconceptions about CrossFit in Brazil to the assumption that it is just for elite athletes. “When CrossFit came to Brazil, the first idea was that it was only for training very hard and for competition,” Jasbick says. “This misconception spread fast, and I was part of that … . I spread that it hurts.”

“Only right information can change this status,” Jasbick explains. “The way is to show doctors the real methodology and benefits CrossFit can provide.” He and Cardoso are doing that — 100+ doctors at a time.