In 1987, powerful hypolipidemic drugs known as statins were introduced to clinics around the United States. As Vladimir Subbotin explains, the American Heart Association (AHA), confident in the new drugs’ effectiveness for treating coronary atherosclerosis (CA), “predicted that lowering blood cholesterol by statin treatment would almost eliminate the necessity for bypass surgery and percutaneous coronary intervention (PCI), and eradicate CA by the end of the 20th century.”

“However, as we know now,” Subbotin continues, “the prognosis stopped short of satisfying the predictions.”

Subbotin is an MD and Ph.D. who has served as a pathologist, professor of pathology and oncology, and senior scientist and scientific consultant for several corporate entities. In this presentation, delivered at a CrossFit Health event on Dec. 15, 2019, Subbotin shares his explanation for why statins have failed to meet the AHA’s expectations. That failure, he claims, is due to a fundamentally flawed understanding of the pathogenesis of heart disease.

Subbotin attributes this flawed pathogenesis and the resulting inadequate treatment to the widespread acceptance of the cholesterol hypothesis, which claims lowering blood cholesterol should eliminate CA. Citing a study by P. Libby from 2005, he notes the number of patients experiencing major coronary events despite having normal LDL-C levels due to statin treatment demonstrates the ineffectiveness of the drugs. In the paper, Libby asks whether this was because the intervention was too late, too short, or too little. Subbotin argues the question Libby should have asked is whether the hypothesis that recommended statin treatment in the first place is actually correct: Does an elevated blood cholesterol level cause CA?

Subbotin calls for the use of common sense in the evaluation of the cholesterol hypothesis, which he claims has been tested on a large scale by statin users worldwide. The hypothesis has failed, he says. As a result, “We have to articulate this conclusion not only for the sake of logic but mainly because reconditioning of the failed hypothesis obstructs our search and testing of alternative hypotheses on CA causations.”

While reviewing the literature on the cholesterol hypothesis in the world’s leading medical journals, Subbotin noticed an interesting commonality. Many include incorrect portrayals of arterial histology — for instance, portraying the tunica intima as a single-cell layer of endothelial cells, which is a characteristic of only small arteries and veins.

Sharing images from the work of Y. Nakashima, Subbotin explains that at the time of a person’s birth, the tunica intima of coronary arteries consist of a single layer of cells called the endothelium. However, the number of intimal cell layers increases with maturation and develops into 25-30 layers in normal epicardial coronary arteries by the time a person reaches the age of 30. This means the tunica intima evolves from a single-cell layer after birth and thickens over time in normal adults, though many pathologic conditions such as high blood pressure, diabetes, and obesity are known to accelerate the process.

Subbotin draws from the leading article on the cholesterol hypothesis (Hansson, 2005) to provide an example of how arterial histology is often misrepresented. Images in the article portray the tunica intima as an acellular subendothelial compartment and show migratory cells arriving with disease progression.

“Initially I thought that this omission was just an accidental illustration error,” Subbotin explains.

In the caption for the flawed illustration, however, he found the following: “The intima, the innermost layer [of a normal large artery], is bounded by a monolayer of endothelial cells on the luminal side and a sheet of elastic fibres, the internal elastic lamina, on the peripheral side. The normal intima is a very thin region.”

Illustration from Hansson (2005), with notes by Subbotin

Through further review of the literature, Subbotin found, “All the publications advocating the cholesterol hypothesis consistently misrepresent the morphology of human coronary arteries.” He then asked himself why and determined, “A depiction of the real human coronary morphology is not suitable for the cholesterol hypothesis, which claims, ‘Lipids enter the arterial wall as compounds with protein fractions of blood plasma directly from arterial lumen.’”

Following these findings, Subbotin asked Nakashima for images from his research on coronary arteries in the early stages of CA. The images he received show lipid deposition happens in the deepest layer of the tunica intima. The accepted hypothesis about CA pathogenesis states lipids invade the coronary wall from the blood of the coronary lumen. This would mean lipids have to travel through 25-30 cell layers to invade and accumulate in the deepest layers of the intima without leaving a trace in the subendothelial tissues. This is impossible, Subbotin claims.

Normal coronary tunica intima are avascular compartments. They receive oxygen and nutrients through diffusion from the arterial lumen and adventitial vasa vasorum, which extend into the tunica media.

Based on the real morphology, Subbotin presents an alternative hypothesis for CA pathogenesis: When the avascular tunica intima becomes enlarged, the diffusion of O2 is reduced, and the cells in the deeper layers of the tunica intima become hypoxic. “Hypoxic cells always upregulate expression of HIF-1 and VEGF, which are the main inducers of angiogenesis and neovascularization,” he explains. This means adventitial and medial vasa vasorum begin to grow toward the hypoxic cells and penetrate the internal elastic membrane and vascularized tunica intima. The neovascularized tunica then form a permeable capillary net that brings LDL-C into contact with biglycan. This results in lipid extraction and deposition in the deep layers of the tunica intima, thereby leading to pathologic intimal thickening (PIT).

In sum, Subbotin’s hypothesis regarding the pathogenesis of CA suggests an opposite route for the invasion of lipoproteins into the coronary tunica intima. While the commonly held belief, particularly among supporters of the lipid hypothesis, suggests lipids invade through the arterial lumen, Subbotin claims lipid deposits develop through the vasa vasorum.

The stakes of Subbotin’s hypothesis are high: “If the coronary intima become vascularized, statins cannot prevent CA because cholesterol is a vital molecule and the LDL-C level cannot be reduced to zero,” he explains.

In light of his alternative hypothesis, Subbotin claims research funding on CA needs to be redirected toward the study of factors that disturb the regulatory forces that affect the differentiation of arterial tunica intima in healthy cells.

In the meantime, preliminary studies suggest sedentarism increases the risk of developing CA, he explains. “Preventive measures for CA are clear. Our regular activities must include moderate- to high-intensity exercises, resulting in substantially elevated heart rate, thereby providing physiologic arterial shear stress to coronary arteries and other arteries proximal to [the] heart.” 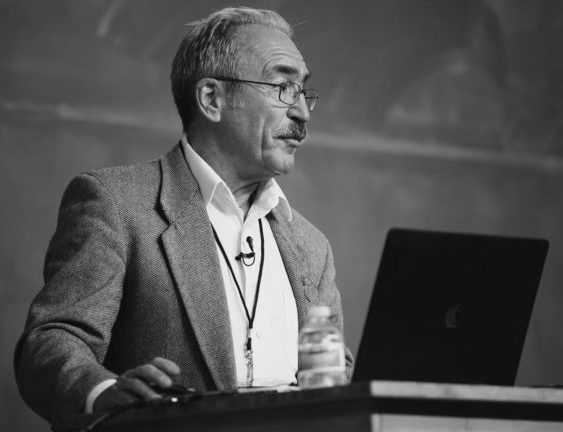 Vladimir M. Subbotin studied biology and medicine at the Novosibirsk Medical School, Russia, and obtained an MD degree in 1969. He received his Ph.D. in 1973 (study of the pathology of human placenta) under his mentor and father Mikhail Ya Subbotin. Later he worked at the Russian Academy of Sciences, and, as a volunteer pathologist and now as a scientific consultant, at the Novosibirsk Zoo in Russia. Upon immigration to the U.S. in 1991, he worked at the Thomas E. Starzl Transplantation Institute and Department of Pathology, University of Pittsburgh. In 2000, he joined Mirus Bio Corporation and now serves as the Director of Pathology at Arrowhead Pharmaceuticals in Madison, Wisconsin. He also serves as a faculty in the Department of Oncology at the University of Wisconsin and an adjunct professor in the Department of Pathology at the University of Pittsburgh. His research interests include new theoretical and practical approaches to cancer treatment and atherosclerosis, diseases and evolution, chordate phylogeny. His expertise on these topics is reflected in more than 150 publications. He also has received several awards in ballroom dancing and natural bodybuilding competitions.