The vasa vasorum (VV) — “vessels on vessels” — are blood vessels located on the outside of arteries (Figure 1). Arteries are living tissue and, like all cells, require blood flow to acquire nutrients and dispose of waste. When arteries are thin, they can get all the nutrients they need simply through diffusion from the arterial lumen (i.e., the center of the artery, which blood flows through). As the vessel thickens, this diffusion eventually becomes insufficient to reach the outermost cells. These outermost cells become hypoxic — that is, they suffer from an insufficient supply of oxygen, as well as other nutrients. To compensate, the VV develop, carrying blood from further up the artery or adjacent arteries and veins to provide a blood supply to these outermost cells. As hypoxia expands throughout the artery (a consequence of further thickening), the VV branch out from single vessels to networks (Figure 2). 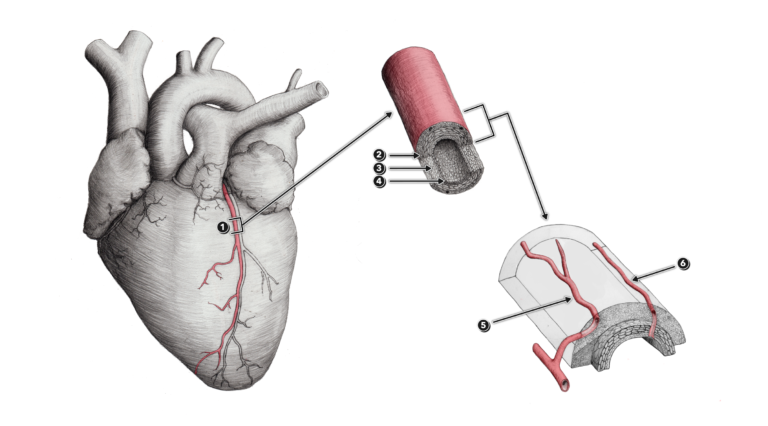 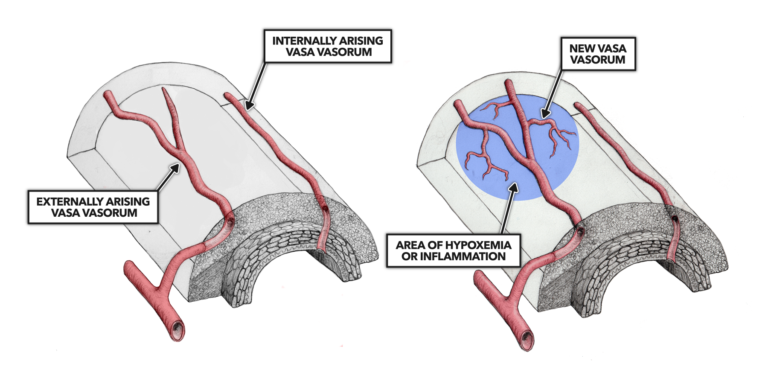 While these VV networks are a necessary adaptation to arterial thickening, they also increase the vulnerability of the arteries. VV, particularly as they branch into smaller vessels, are susceptible to degradation, leakage, and blockage. When this occurs, the VV can begin to leak pathogenic molecules — including lipoproteins, macrophages, infectious agents, and the other materials we observe within atherosclerotic plaques — from the bloodstream into the arterial walls (Figure 3). 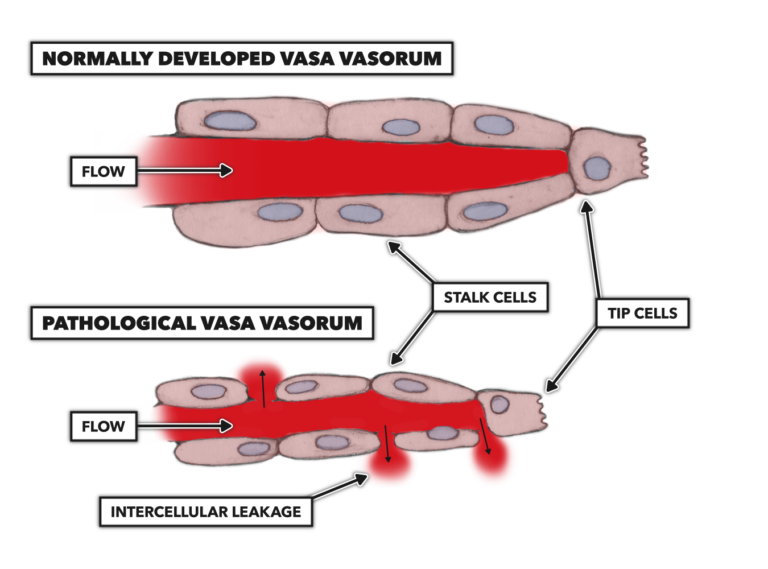 A small but interesting body of evidence suggests this damage to the VV may be the origin of atherosclerotic plaques (Figure 4). If this were the case, it would suggest lipid accumulation in arterial walls may increase the risk of plaque formation but is not the primary cause of plaque formation. Instead, that cause is damage to the VV. We will explore this hypothesis in future posts.