Science Challenging the Somatic Mutation Theory: Concerns Regarding the Epithelial Mesenchymal Transition (EMT) as an Explanation for Metastasis

Metastasis involves the spread of tumor cells from a primary site to distant sites with continued relentless growth. Metastasis is responsible for about 90 percent of cancer deaths and is the most fearsome aspect of cancer. Stephen Paget first proposed that metastasis depends on cross-talk between selected cancer cells (the seeds) and specific microenvironments (the soil). His concept still holds true today, according to Dr. Isaiah Fidler, a leader in cancer metastasis (36).

The epithelial mesenchymal transition (EMT) is currently the dominant explanation for the origin of cancer metastasis and is based on the somatic mutation theory of cancer (SMT). According to the EMT, random somatic mutations cause normal columnar epithelial cells to transform into non-adherent mesenchymal cells. These mutated mesenchymal cells then invade through the local tissue, intravasate (enter) blood vessels, survive in the circulation, suppress the immune system, extravasate (leave) blood vessels, and establish growth at sites distant from the primary tumor. No explanation is provided for how tumor cells with deranged genomes and random mutations could metastasize in a non-random manner according to the seed-soil hypothesis. David Tarin also believes that the EMT is fiction, as it has never been observed in cancer pathological specimens (37).

Figure 1 illustrates the well-documented metastatic cascade. A key aspect of metastasis is the non-random manner by which the metastatic cancer cells invade distant organs and tissues, with lung, liver, and bone as some of the more preferred sites. The green cells shown in Figure 1 are the tumor cells. 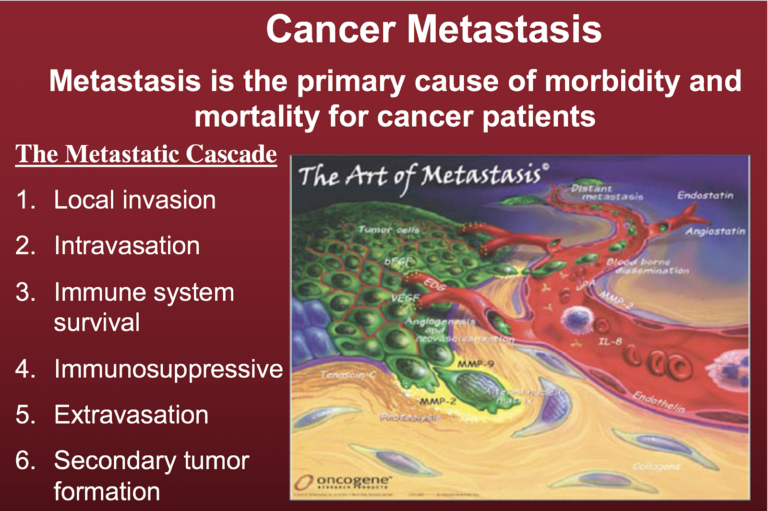 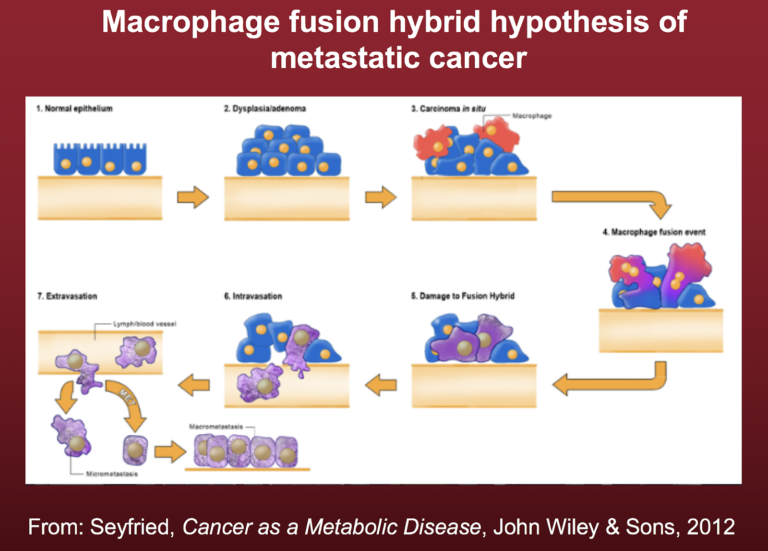 Figure 2 depicts the origin of metastatic cancer cells, wherein the fusion event creates rogue macrophage-type cells with the capacity to invade through local tissue, intravasate (enter) blood vessels, survive in the circulation, suppress the immune system, extravasate (leave) blood vessels, and finally establish growth at sites distant from the primary tumor. The fusion hybrid hypothesis linked with the MMT can better explain the origin of cancer metastasis than can the EMT.

It is important to note that the fusion hybrid hypothesis originated with the work of the German pathologist Otto Aichel in 1911 (42). Aichel actually saw macrophage-type cells fusing with cancer cells under the microscope, providing direct evidence for the fusion event. Interestingly, Theodor Boveri crafted his chromosome mutation theory based on Aichel’s findings, as Aichel also noted abnormal chromosomes in the fused hybrids. It is therefore remarkable that the results from a single observation of cancer tissue would lead eventually to two fundamentally different explanations for the origin of cancer metastasis. 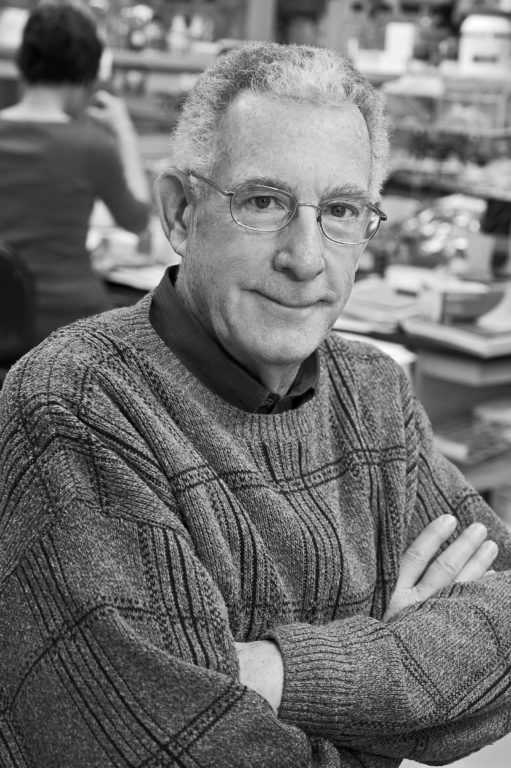 Note: These references include those previously published in “Is Cancer a Genetic or Metabolic Disease? Part 1,” “Part 2” and “Part 3.”