CrossFit | Flipping the Metabolic Switch: Understanding and Applying the Health Benefits of Fasting

This 2018 review describes the causes and benefits of “flipping the metabolic switch” — that is, using fasting to transition the body from a state of fat storage to one of fatty acid release and oxidation.

The typical American eating pattern involves numerous eating occasions spread over the course of the day. As a result, blood glucose (and insulin) levels are almost continually elevated. Consequently, the metabolism is continuously tilted toward burning/oxidizing carbohydrate and storing fat.

Fasting dietary patterns, conversely, “flip a metabolic switch” and transition the metabolism toward fat mobilization and oxidation. As we begin to fast, our liver converts its glycogen stores into glucose, which it then releases into the blood to maintain elevated blood glucose levels. Once these stores run out — which can take between 12 and 36 hours, depending on an individual’s diet, their level of insulin sensitivity, and the amount of activity they perform while fasting — the metabolism shifts toward using fat as a primary fuel source. Fat tissue begins to mobilize fatty acids, which are transported into the liver and converted into ketone bodies that other cells (e.g., muscle, nervous, and organ cells) can use as fuel. This transition has downstream effects on a variety of metabolic pathways and represents a whole-body switch from using glucose to using fat as a primary fuel source. Figure 2 below shows how different fasting regimens induce this state, while Figures 1 and 3 summarize its direct implications. 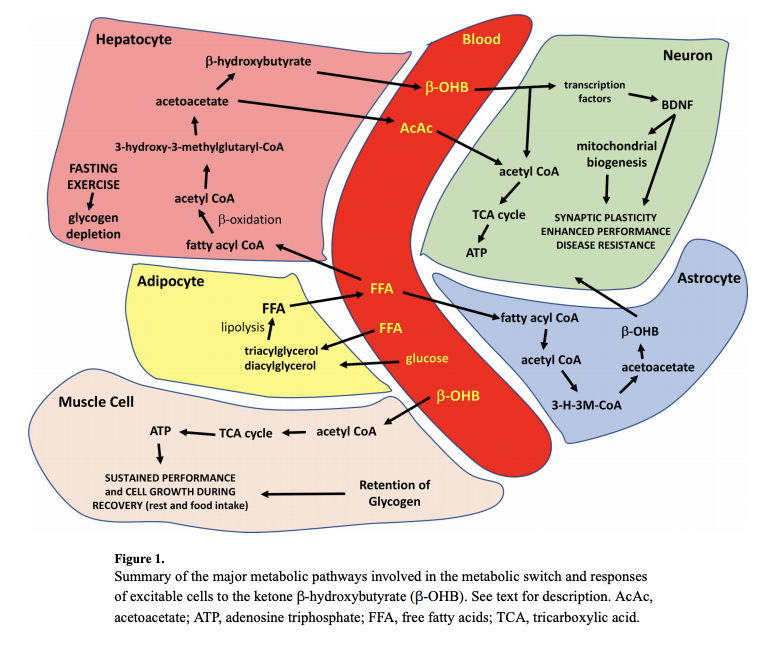 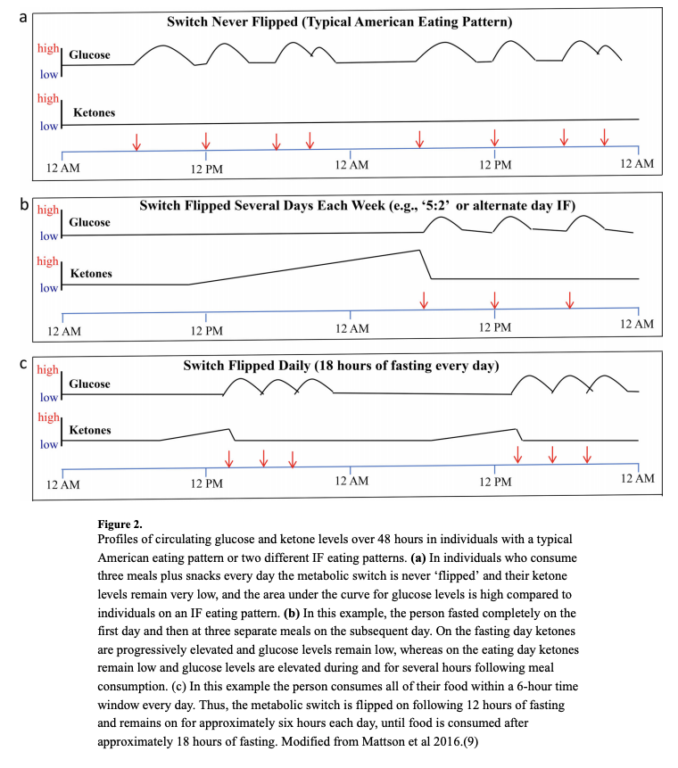 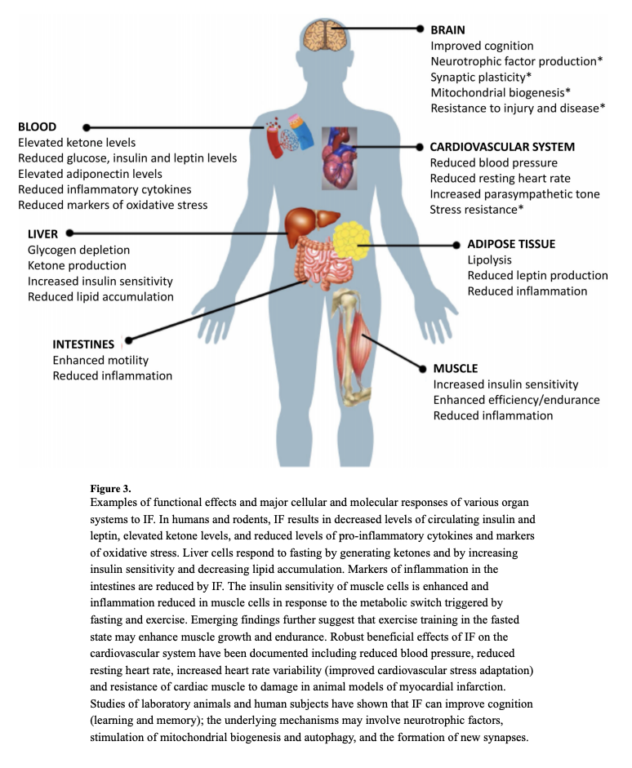 The natural world suggests this transition is common. Wolves, for example, kill prey every one to two weeks and must be able to function at a high level (physically, mentally, and socially) while fasting for extended periods. Our knowledge of early humans suggests they too experienced extended periods with little to no food (1).

Many scientists and scholars have extolled fasting. The benefits of the practice were praised by Chinese, Greek, and Roman physicians (2). Benjamin Franklin and Mark Twain both spoke to its merits (3). As recently as the 1950s and 1960s, fasting was a popular and effective treatment for diabetes and other metabolic conditions (4).

The acute benefits of fasting have been explored on CrossFit.com. Promising evidence of long-term benefits exists but at this time is restricted to rodents. Mice following various fasting regimens, including time-restricted feeding and alternate-day fasting, have shown increased longevity and resistance to age-related declines in motor performance, cognitive function, and muscle loss alongside improvements in insulin sensitivity and cardiovascular risk (5).

The authors of this review argue the inconsistent benefits of fasting in human trials may be due to a misunderstanding of its effects and how it must be applied. Fasting only has meaningful effects when this “metabolic switch” is flipped — that is, when glucose and insulin are suppressed to a sufficient level and for an adequate length of time to trigger a transition toward fatty acid mobilization and oxidation, or ketosis. Fasting that fails to flip the switch, either because the diet is poorly designed or subjects fail to comply, would not be expected to have meaningful metabolic impact. Accordingly, effective research into fasting must track ketosis and other markers of the “metabolic switch” or else risk underestimating the benefits of fasting.