This 2017 paper reviewed trials of fasting in humans and animals. 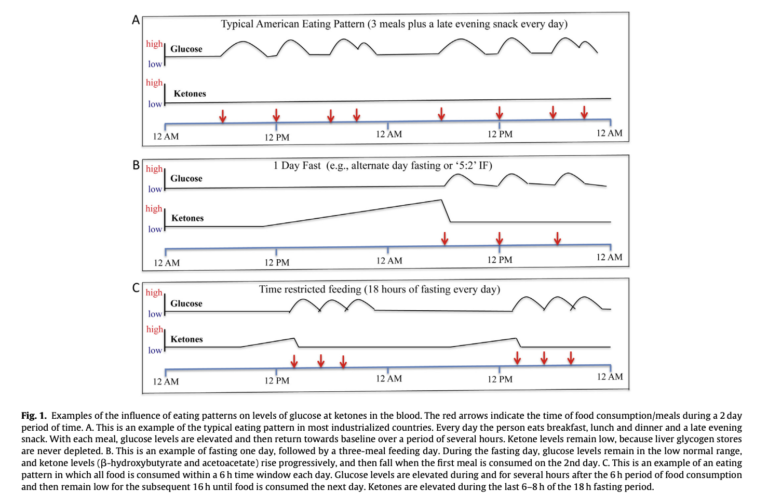 Certain biological effects are shared across all forms of fasting:

These metabolic changes do not occur or occur to a much lesser extent with moderate caloric restriction; they are therefore relatively unique to fasting. Longer fasts increase the magnitude of these changes, as shown in Figure 1 above. Longer fasts, in particular, lead to greater depth of ketosis and greater clearance of energetic stores (i.e., fat and glycogen stores).

Our understanding of the clinical impacts of fasting is mostly drawn from rat and mouse research. In animal models, intermittent fasting and/or alternate-day fasting have been linked to the following: 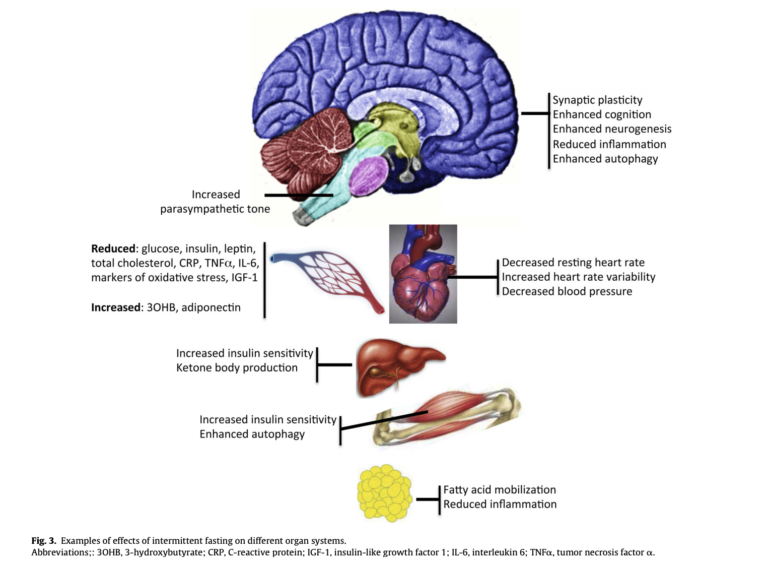 Existing trials have not, however, compared the impact of different forms of fasting on these or other biomarkers. Additionally, most of this research was done in transgenic mouse models and so may not extrapolate to humans.

Human research is more limited. IF has been repeatedly shown to improve body weight, body fat, and triglycerides, but few of these studies have compared fasting directly to caloric restriction. In diabetic subjects, existing research suggests equal or greater improvements in insulin resistance, HbA1c, and whole-body glucose disposal due to intermittent fasting (compared to similar levels of caloric restriction), but this research is limited, and results have been inconsistent. ADF has been shown to reduce resting heart rate, fasting glucose and insulin levels, blood pressure, and triglycerides while increasing LDL particle size — all of which would reduce cardiovascular risk. However, the direct effect on cardiovascular outcomes has not yet been studied. Similarly, IF reduces IGF-1 levels, which may reduce cancer risk, but there have been no studies showing whether long-term fasting has true preventative effects.

Overall, the authors present a promising but clearly preliminary body of evidence supporting the clinical benefits of various forms of fasting. Existing comparisons between fasting and caloric restriction consistently indicate fasting has equal or greater benefits on a variety of metabolic markers, particularly liver and muscle (and so whole-body) insulin sensitivity. Preliminary evidence suggests fasting may reduce risk of neurodegenerative disease and cancer. Future research and practice will illustrate whether these shifts lead to improvements in hard clinical outcomes such as diabetes remission or heart disease prevention.