For the majority of the population, these markers are concordant — that is, they are above the median in both LDL-C and these alternative measures or below the median in both. However, a meaningful minority of individuals show discordance between these alternative measures and their LDL-C levels — that is, their LDL-C level is above the median, and one or more of these other markers is below the median, or vice versa (Figure 1). 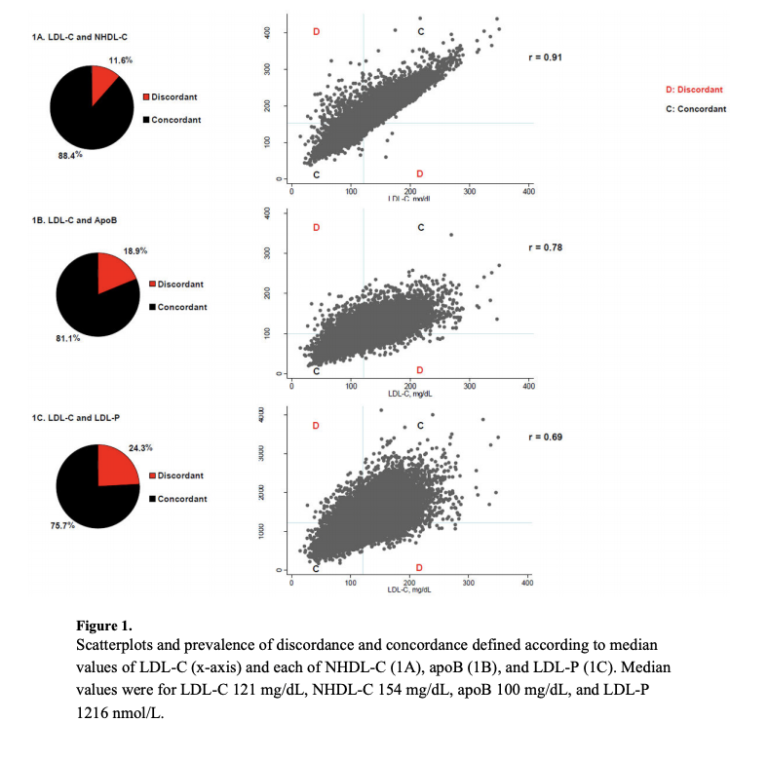 Among study subjects, 11.6% had either high LDL-C and low NHDL-C or vice versa. In other words, these subjects’ markers showed a discordance between their LDL-C and NHDL-C levels. Those with low LDL-C but high NHDL-C had over three times as many cardiovascular events (per person-year) as their peers with low levels on both measures.

Similarly, those with high LDL-C but low NHDL-C had approximately one-third as many cardiovascular events as those who scored high on both measures. The apoB and LDL-P markers had similar predictive value; subjects with low LDL-C but high apoB or LDL-P experienced 2.5 to three times as many cardiovascular events as their concordant peers, and subjects with high LDL-C and low apoB or LDL-P experienced 30-40% as many events as their peers (Figures 2 and 3). 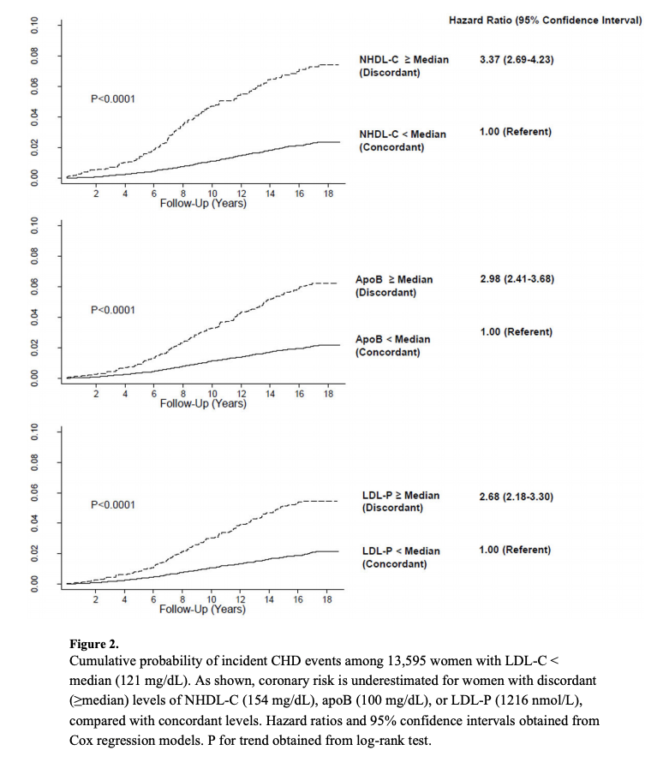 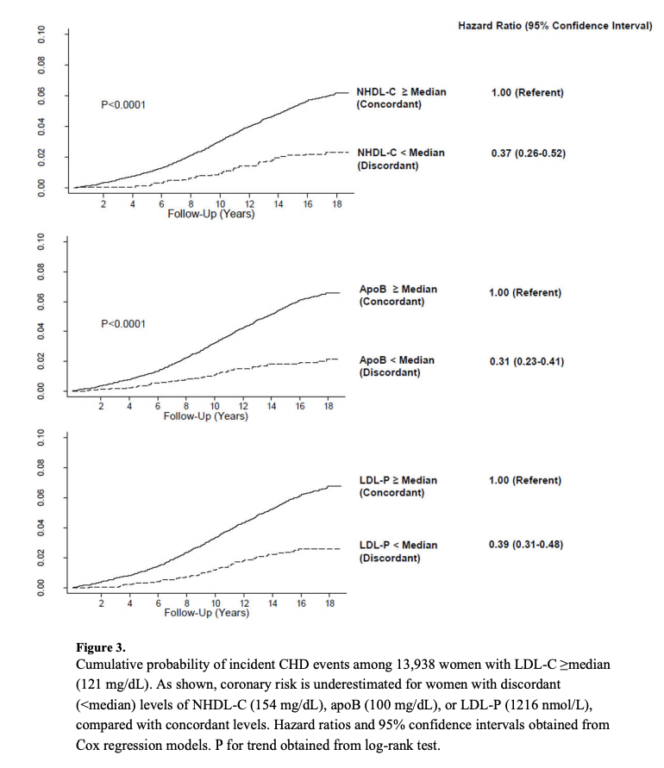