More importantly, this trial showed a number of conventional CVD biomarkers failed to predict heart disease mortality. As shown in Tables 1 and 2 below, LDL-C, HDL-C, and TG levels were similar in subjects who died of cardiovascular disease and those who did not; adjusted risk ratios for each of these biomarkers were significant in only one out of three studies. Notably, diabetes significantly increased heart disease risk, even after adjustment. 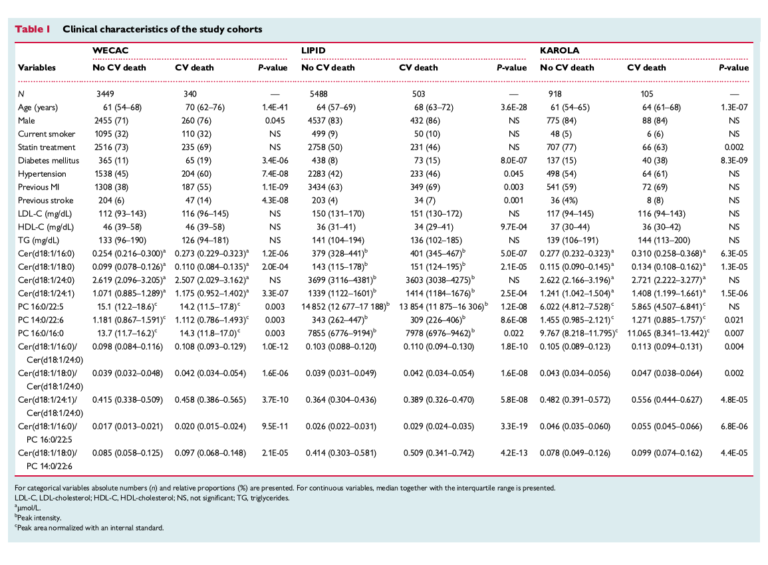