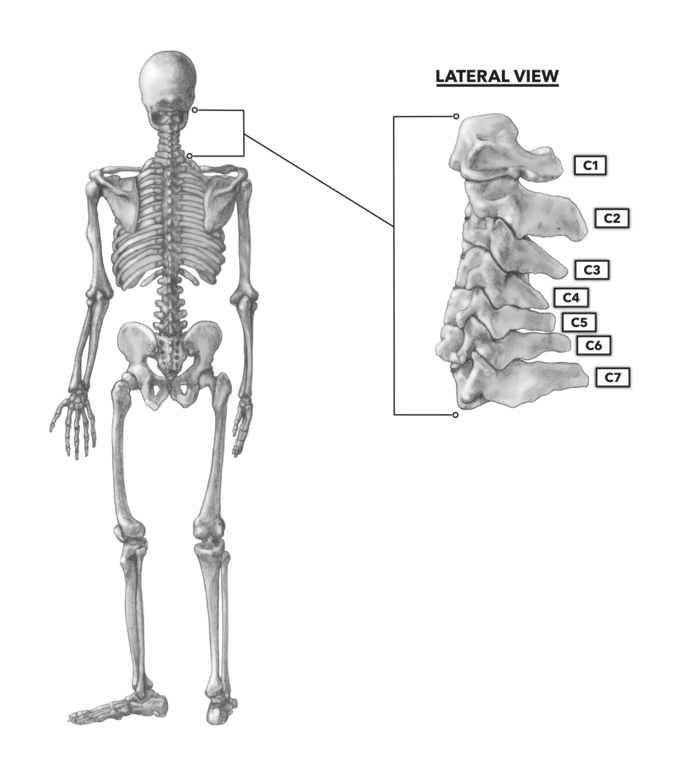 The cervical vertebrae span the distance from the base of the skull to just above the first rib. Commonly called C1 through C7 (numbered from top to bottom based on their location in the cervical spine), most of these bones follow the basic structural scheme of the spine’s other vertebrae. C1, C2, and C7, however—also known as the atlas, axis, and the vertebra prominens—are distinct in structure and function and worthy of closer examination.

C1 is named the “atlas” after the Titan doomed to hold up the sky for eternity (although most sculptures show him holding up the Earth). Aptly, this bone sits immediately below and holds up the skull. Beyond cranial support, the articulation of the occipital condyles with the superior articular surfaces enables the head to be tilted to the anterior (front) and posterior (back), as when nodding. The atlas has no spinous process and also has an unusually shaped vertebral foramen to facilitate its unique articulation with C2 (Figure 2, C1 – Atlas). 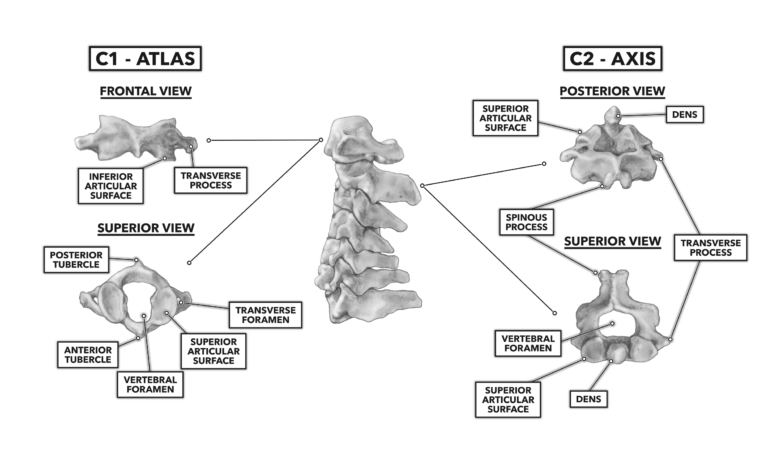 C2 is called the “axis” because it enables the head’s rotation around a longitudinal axis with left and right rotation as when shaking the head “no” (Figure 2, C2 – Axis). To accomplish this feat, the axis has a unique feature among the vertebrae: the dens (or odontoid process). The dens projects upward into the anterior-most part of the vertebral foramen of the atlas. A ligament spans across the foramen just behind the dens, preventing it from intruding into the spinal cord. So, as the skull sits on the atlas and the atlas sits on the dens, we can turn our heads to the side with the axis serving as the pivot point. The superior articular surfaces of the axis and the inferior articular surfaces of the atlas allow the structures to glide across each other (Figure 3). 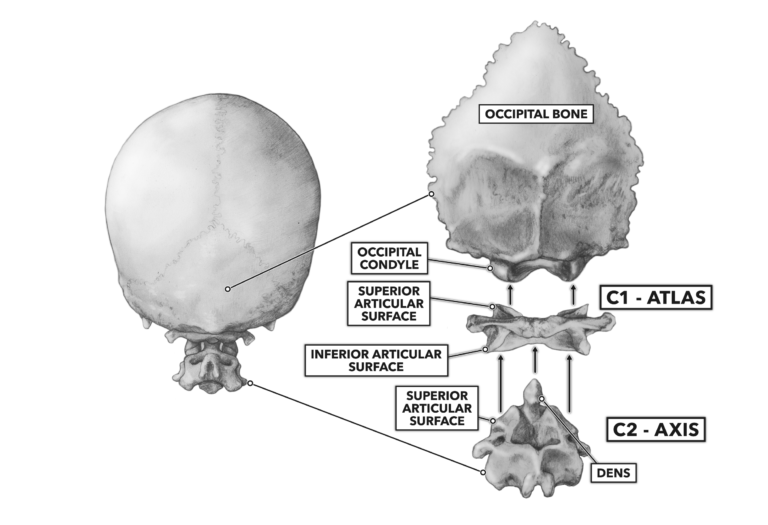 C7 is called the vertebra prominens (Figure 4). While it possesses largely the same generic vertebral structure previously described, it does have one quite notable difference: a very distinctive, long, and nearly horizontal posterior spinous process. As it is the longest of the cervical vertebrae and has a significant spinous process and tubercle at its end, C7 can be located by palpation of the skin surface at the base of the neck. 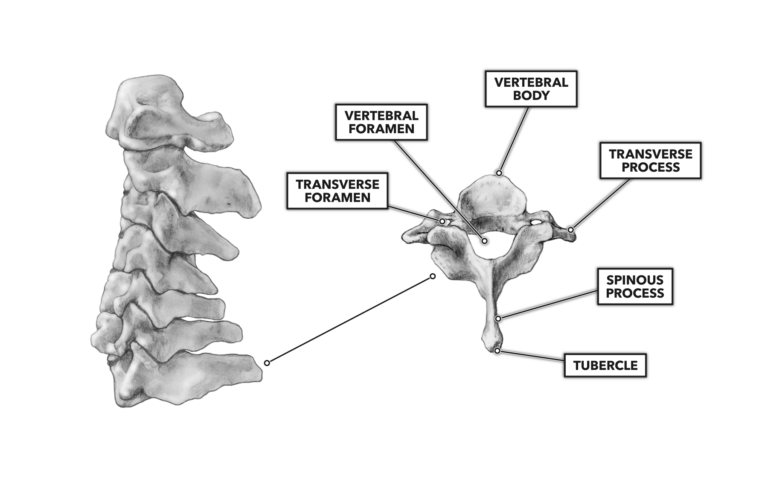