The Newbury Rugby Club pitch was strewn with athletes.

Some clutched heavy dumbbells, others hugged unwieldy D-balls to their chests.

Victoria Tapper was somewhere in the middle of 300 squats. Before the day was out, she’d complete about as many box step-ups, burpees, and bicep curls — only off the competition floor and with cameras instead of dumbbells.

“You have to be superbly fit to be a good CrossFit photographer,” the 68-year-old said. 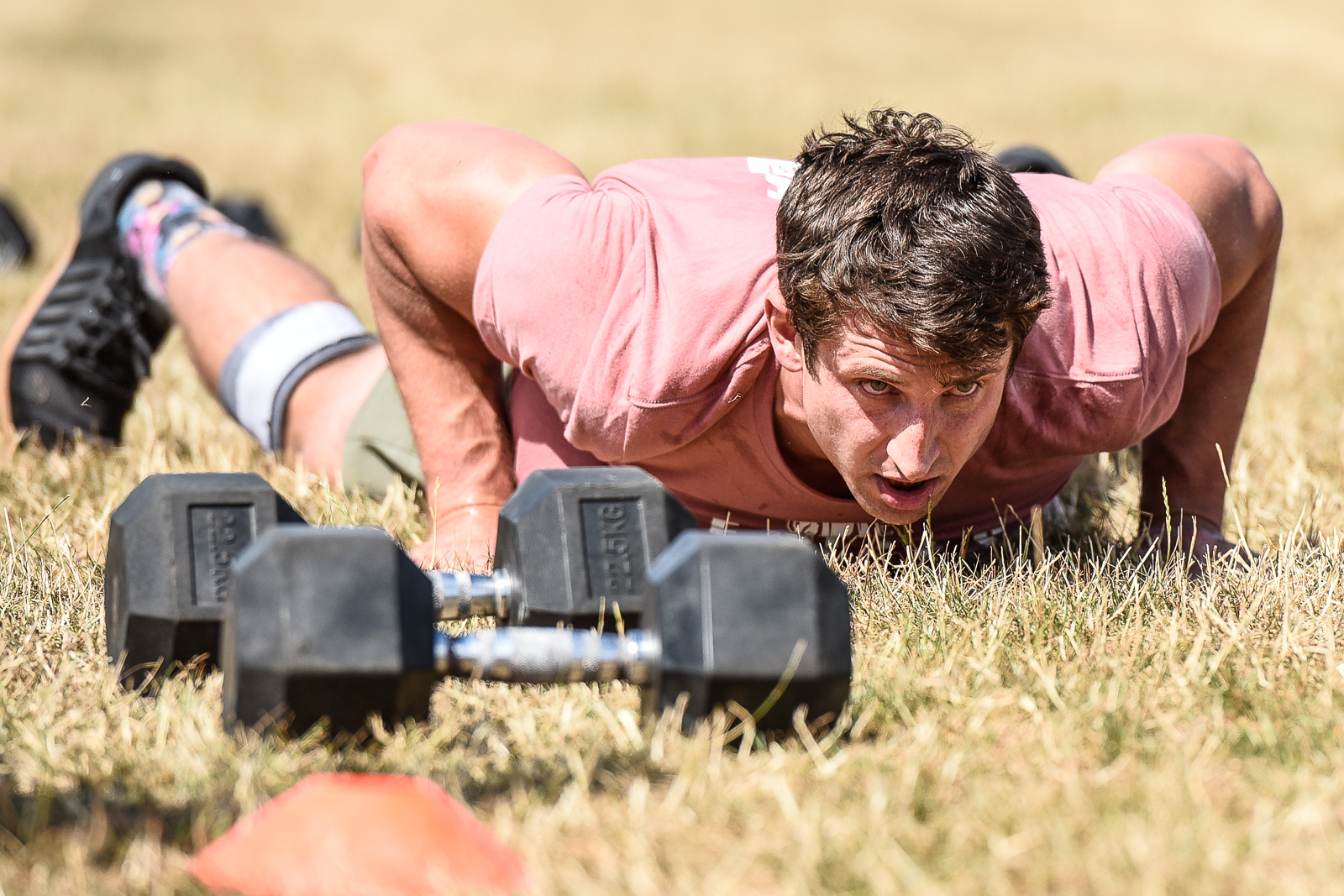 Tapper, who lives in Wiltshire in the United Kingdom, has been passionate about photography since she was 10 — around the time she stole her sister’s camera. Even then, she felt compelled to document the world around her: Emotion. Expression. Effort. The things you only notice if you go looking where most people don’t.

Photography hardly seemed a viable career in the ‘70s — especially for a woman — so Tapper became an investment banker, and eventually, a mother. But after her daughter was grown, she decided to turn her hobby into a career, cutting her teeth shooting family portraits and weddings before launching her business as a commercial and lifestyle photographer. Today, she shoots for two CrossFit affiliates in her area in addition to her portrait and product work.

“I’m just driven to always capture drama,” Tapper said. “That really drives me, to get that and have it there forever in a digital image — or even better, a print image. Otherwise, how are you going to remember the way that you were? You get that fantastic opportunity to later in life look back and remember what you did.” 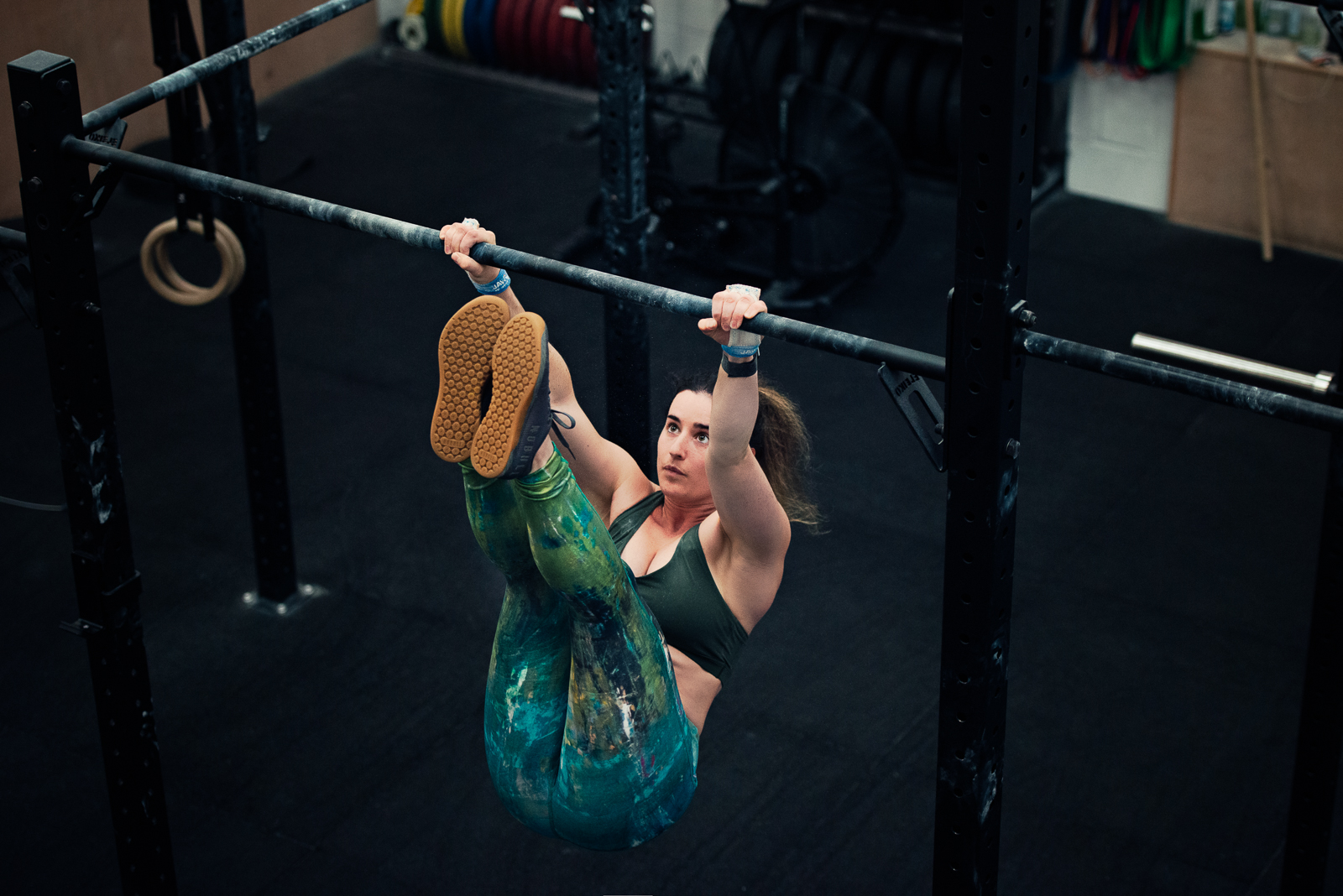 To capture the drama in CrossFit — whether in competition or the gym — Tapper follows the effort: the breathless grimace at the bottom of a clean; the moment just before lockout atop the rings, both preserved for eternity, paying homage to perseverance.

“They’re often not the moments that the athlete wants you to photograph,” Tapper explained. “Often people say to me, ‘Haven’t you got a picture of me at the top?’”

It’s a bit more involved than pointing and shooting. In fact, when photographing CrossFit athletes, Tapper finds herself doing the equivalent of her own workout alongside them: dropping to her stomach to shoot from the ground before burpee-ing back up to catch the athlete’s next move. Holding the bottom of a squat as she gets the framing just right. Running up and down steps and scrambling atop boxes to get a new perspective — all with two camera bodies and one long lens dangling at her sides.

“I’m not saying that everybody has to be fit — you don’t have to be a fit photographer,” she added. “(But) if you want to shoot interesting images, you probably do.” 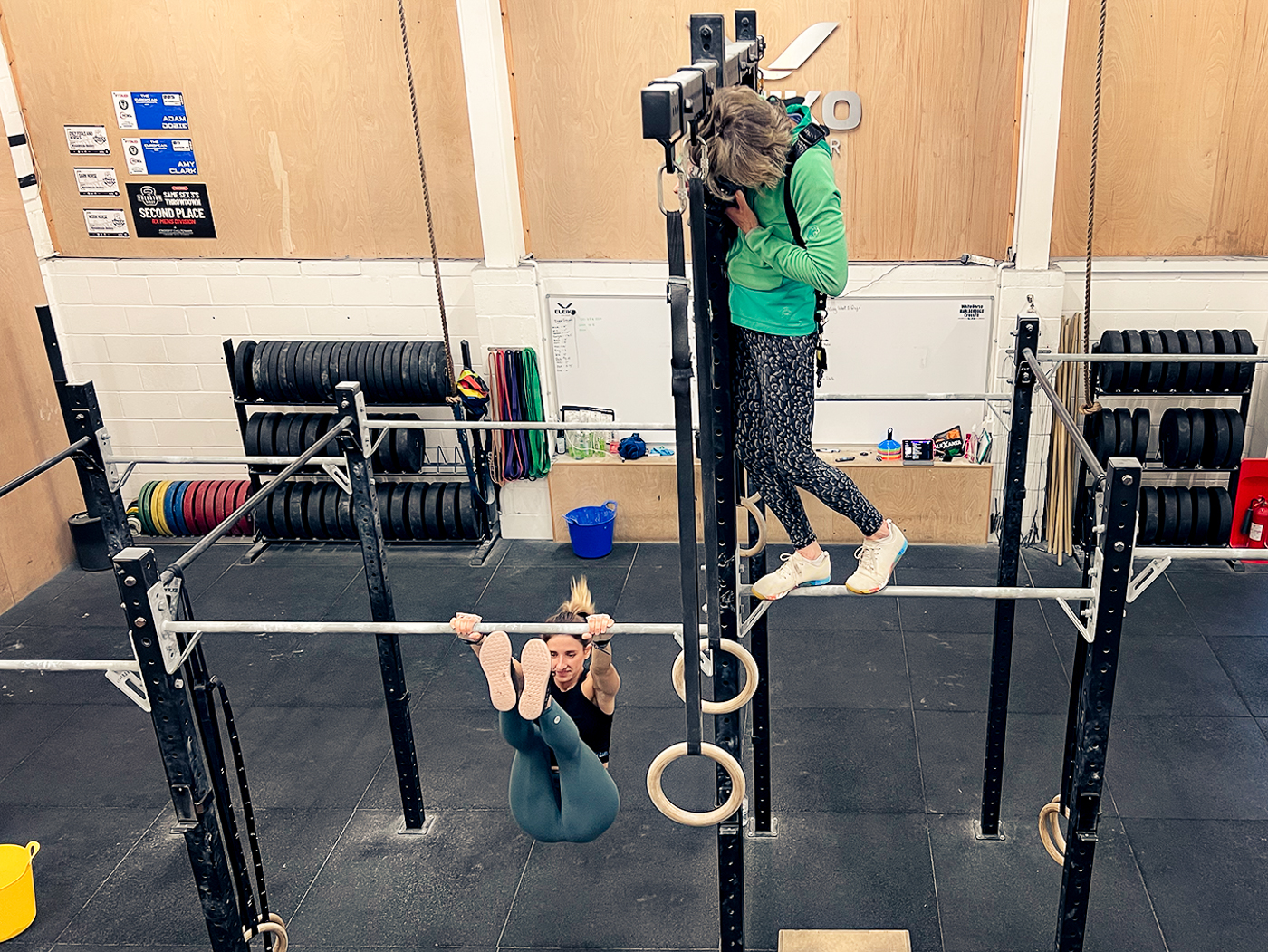 Tapper does what it takes to get the shot. Photo by Georgie Lee O’Malley.

Tapper speaks from experience. When she started shooting for Marlborough CrossFit in late 2015, she was what she described as “dog-walking fit.” She’d just begun training one-on-one with affiliate owner Adam Dobie; before that she did Pilates and went for the occasional run. After Dobie asked her to shoot an event at the gym, Tapper knew she needed to go all in on CrossFit.

Partway through her first workout, she had to sit down on the side of the workout floor.

“I felt completely faint,” she said. “I was so exhausted and out of breath.”

But that didn’t deter her.

Once-per-week PT sessions turned into a CrossFit classes a couple times per week — which turned into a full-time membership and a newfound zeal for fitness.

“I absolutely love it,” Tapper said. “Absolutely crazy about it.” 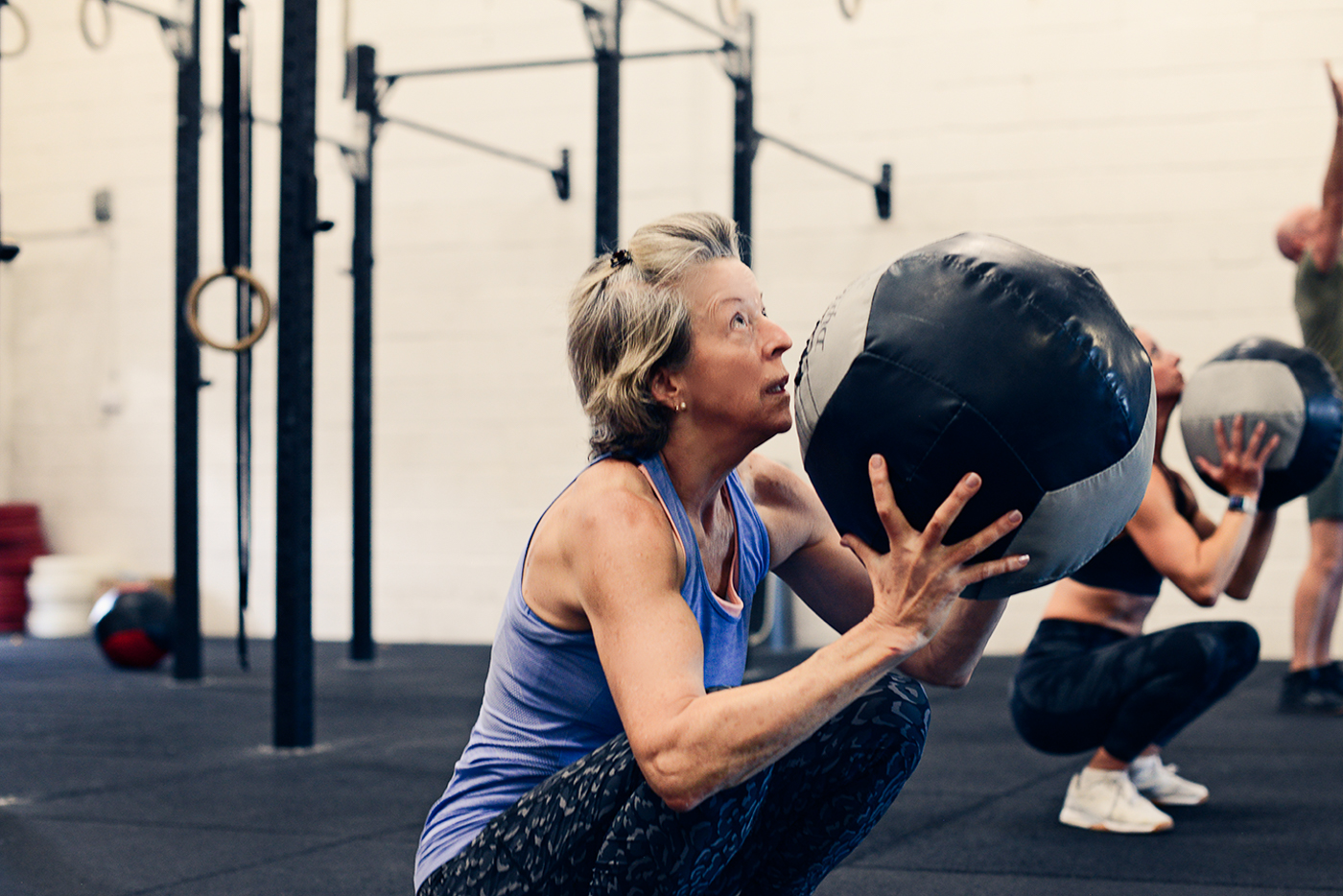 Today, Tapper can not only keep up with the rest of class, but she can also do toes-to-bars, strict chest-to-bar pull-ups, and rope climbs.

“Wall balls to bloody die for; I can do those forever,” she added.

And last winter, she completed the Open as prescribed in the 65+ division, finishing 141st in the world. But Tapper doesn’t train for rankings.

“I’m 68 years old, still working as a professional photographer,” she said. “I carry (a) heavy kit around all day. I’m agile, flexible, with the energy of someone half my age. And all because of CrossFit.”