CrossFit | Athletes Come in Every Size
Skip to Content

When Shawn Ahava goes to the doctor, they look at her and assume she’ll have high blood pressure and unhealthy cholesterol numbers. Ahava said the doctors are surprised and sometimes seem disappointed when they learn her health markers are within normal range.

“They want you to fit this mold that they designed for you because what they’ve been taught is like, ‘Okay, a person who weighs whatever and looks like they have weight on them, their cholesterol is gonna be high,’” Ahava said. 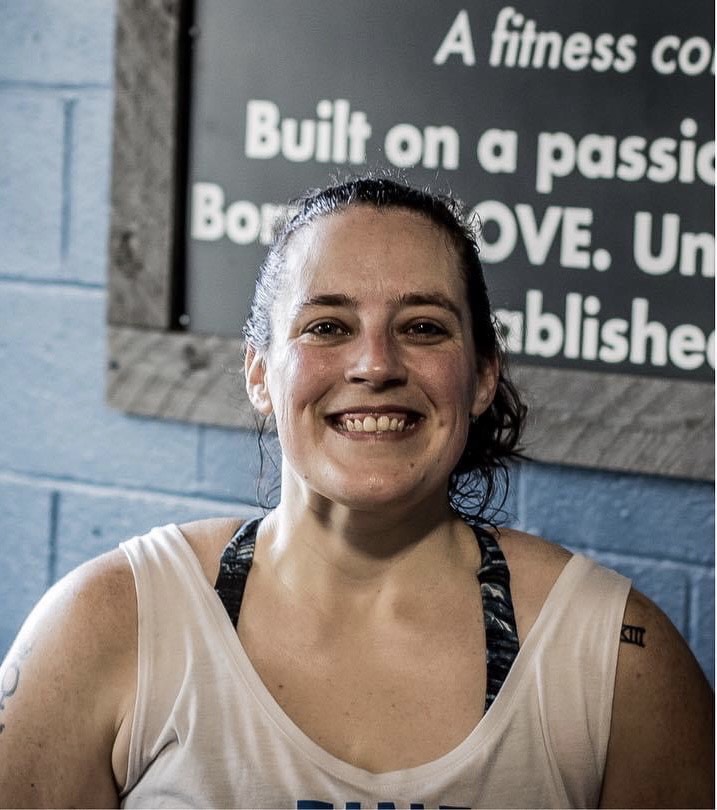 What they don’t know is this: Ahava is a CF-L2 trainer who started doing CrossFit in 2012, and she typically works out two to three hours a day.

The doctor’s office is not the only place Ahava encounters discrimination because of her size.

“The first gym I was at after I got my Level 1 pretty much made it known that I’d never be a full-time coach there because of how I looked,” Ahava said.

Ahava has lost more than 100 lb. since starting CrossFit and is now happily coaching at CrossFit East Decatur in Decatur, Georgia. She runs every day, does CrossFit, and uses macros to follow a mostly Paleo diet, but she doesn’t fit the description of a stereotypical CrossFit coach and athlete. Ahava’s goals don’t revolve around losing any more weight. She says when she focuses on weight she usually gets heavier, because worrying about her weight puts her into depression.

“I’m not in the gym to lose weight. I’m in the gym because I want to kick somebody’s butt at CrossFit,” Ahava said. 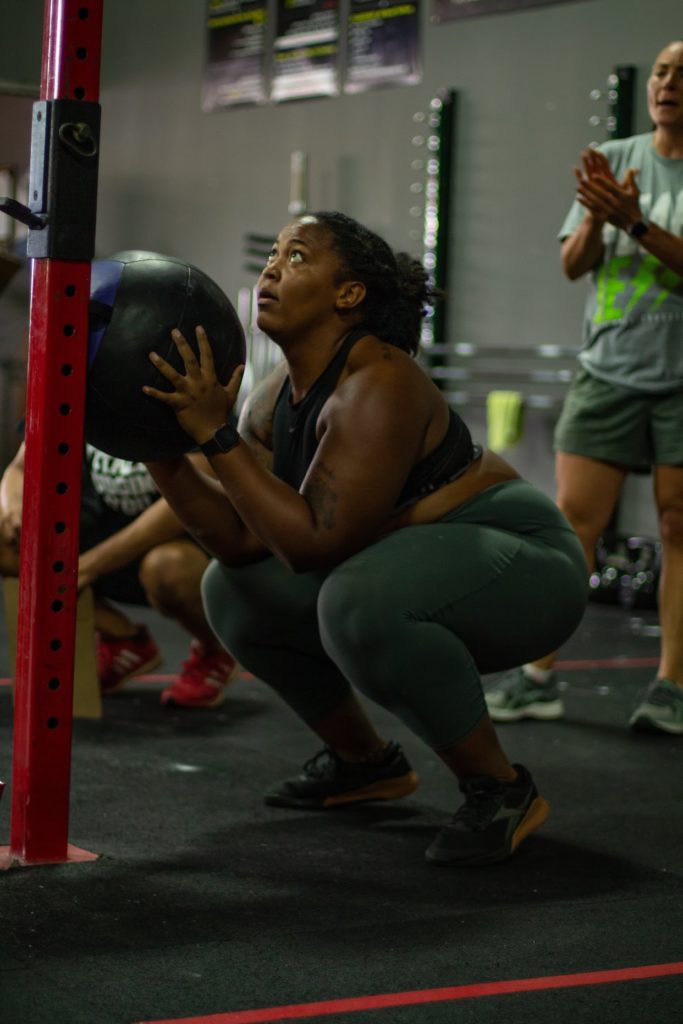 Skyler Peebles started CrossFit in 2016, and since then she’s reduced her body fat from 45 percent to 38 percent. Even though her body fat percentage is in the obese category, her health markers are all normal. This is not unusual. The CDC reports that even a modest weight loss of 5 to 10 percent of total body weight is likely to result in improvements in blood sugar, blood pressure, and cholesterol.

Peebles does CrossFit regularly and coaches at The Endurance Factory in Savage, Maryland, but this doesn’t stop people — mostly on Instagram — from telling her to lose weight.

Peebles said one of the things she’d like everyone in the CrossFit community to remember is that not everybody does CrossFit for the same reason. Not everyone wants to lose weight or look like a CrossFit Games athlete.

For Ahava, CrossFit offers so much more than a workout. When her mom became ill, her friends at the gym sent supportive videos and messages. Then when her mom passed away and she experienced severe depression, Ahava’s CrossFit East Decatur family was an essential support system, even when she didn’t have the time or the money to keep going to the gym. Her friends at the gym told her to come back to them when she had the chance.

“They really took me under their wing and just loved on me,” Ahava said, “and those people have been part of my life since then, that I wouldn’t have had without CrossFit.” 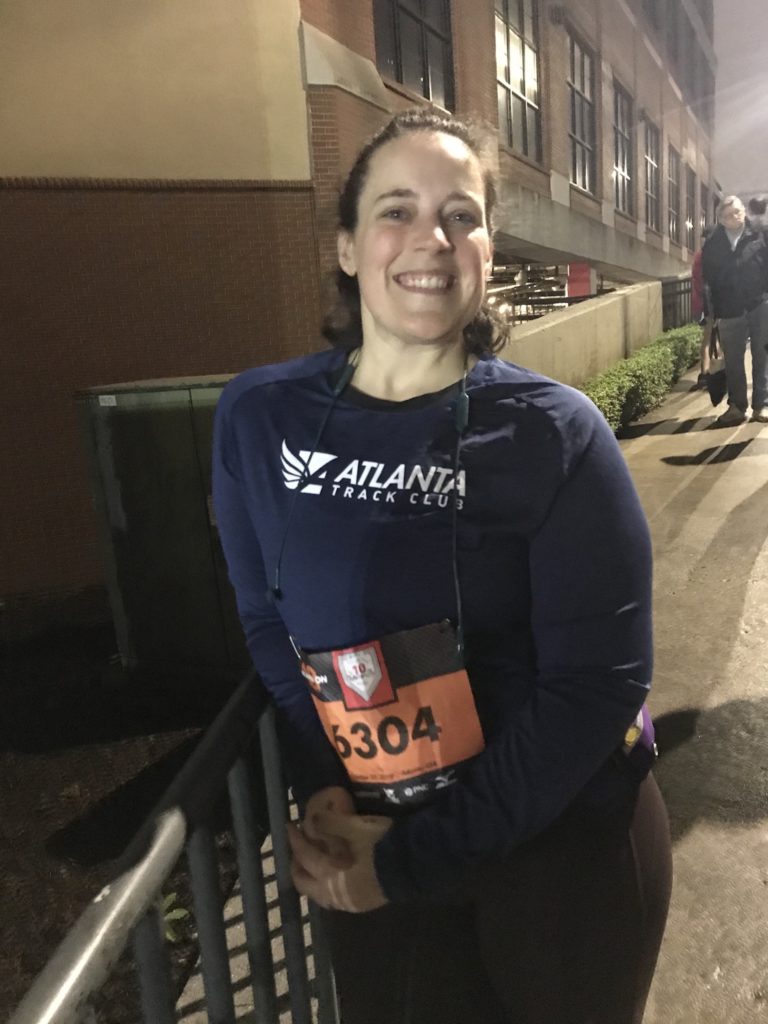 Even though her CrossFit gym became a second home over the years, Ahava still encounters situations where she feels out of place because of her size. In 2019 Ahava attended a Level 1 Certificate Course so she could start to coach. When she walked into the gym and saw that nobody looked like her, she doubted her decision to take a leadership role in the community and her gym.

Chuck Carswell, a longtime Level 1 CrossFit Seminar Staff member who was leading the weekend seminar, picked up on Ahava’s nervousness. Carswell knew Ahava from her years volunteering at Regionals.

Despite Carswell’s encouragement, Ahava said her first year of coaching was difficult.

“People look at me and they don’t see me as someone who could coach them,” Ahava said.

She said she recently had a conversation with one of the athletes she coaches. The woman said, “My husband kind of thought that you weren’t gonna be able to coach this class really well, because it doesn’t seem like a movement you’d be good at, but then you showed that you could coach it and he left very impressed. And he left, like, kind of proud of you,” the woman told Ahava.

Ahava said she’d think to herself, “Yeah, look a certain way. But guess what? I know what I’m doing.” She went on to get her Level 2 Trainer Certificate as well as her Precision Nutrition certification.

The message that fitness isn’t for people of every size is reinforced by the fitness apparel industry. Some outfitters, like Athleta, have inclusive sizing and diverse models, but the majority of workout clothes don’t have inclusive sizes.

This is important, Peebles said.

“If you’re already sticking out like a sore thumb because you’re not the physical body type of a CrossFit athlete and then on top of that you don’t have any CrossFit clothing that fits you, then you’re kind of like, ‘Well, do I even fit in this community?’” she said.

Ahava said in order to make space for all different shapes and sizes of people in the gym, it’s important to make sure everyone has access to the accessories they need. 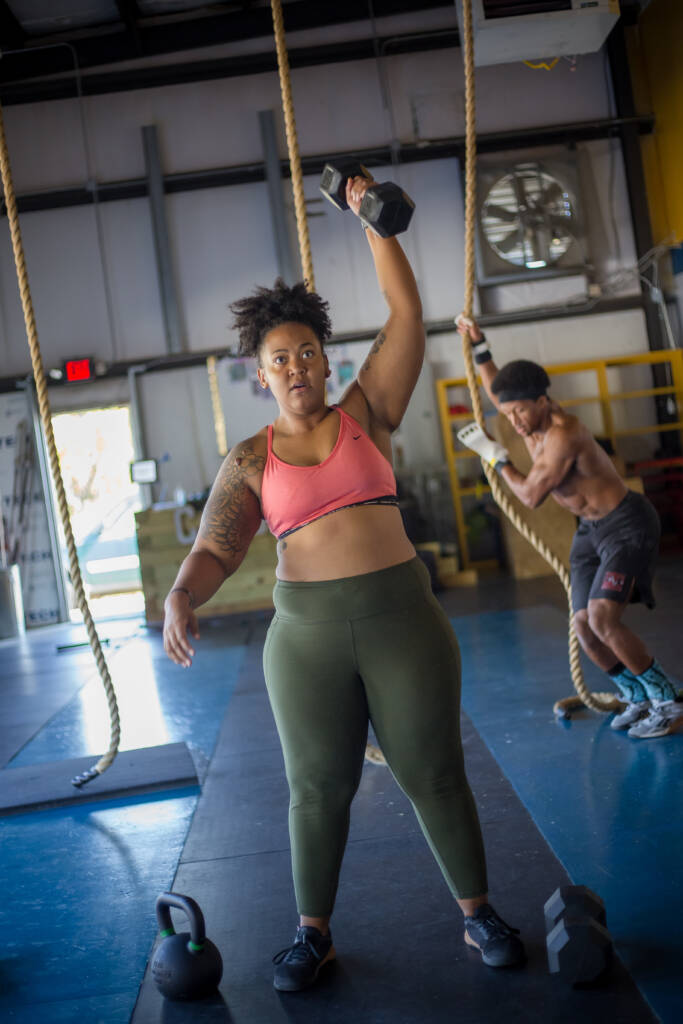 Making CrossFit more inclusive to people of all sizes means pushing fitness apparel companies to expand their offerings. It also means not making assumptions about someone’s health and their goals based on their size.

Instead of assuming someone is in the gym to lose weight or look a certain way, coaches — and fellow athletes — should take the time to find out the athlete’s goals.  Peebles said she’s focused on getting her first pull-up, and she’s working on handstand push-ups. Ahava likes to tell her athletes to focus on becoming more powerful, not looking a certain way or getting ready for summer.

“I’m never going to talk to you about what you look like,” Ahava said. “That’s just not a conversation I’m gonna have with you. I’m gonna tell you, ‘Oh, let’s work on our core so we can be better at pull-ups,’” she said.

The emphasis in CrossFit gyms has always been on what your body can do, not what it looks like, but making the world of health and fitness more size inclusive means continuing to send that message that exercise is for everyone, not everyone in the gym wants to lose weight, and being overweight doesn’t mean you’re not a CrossFit athlete.