“I’ve been to tons of CrossFit boxes, and I can’t say for sure I’ve ever seen another coach that looks like me,” Athena Perez said. Perez, now a CrossFit Level 1 Trainer, recalled the questioning and self-doubt she felt while attending her certificate course. “What am I doing here?” she wondered. “Nobody’s going to take me seriously. They don’t want somebody obese teaching them how to do CrossFit.” At the time, she did not yet know that the source of her insecurity would become her strongest asset in reaching overweight and obese athletes in the future. 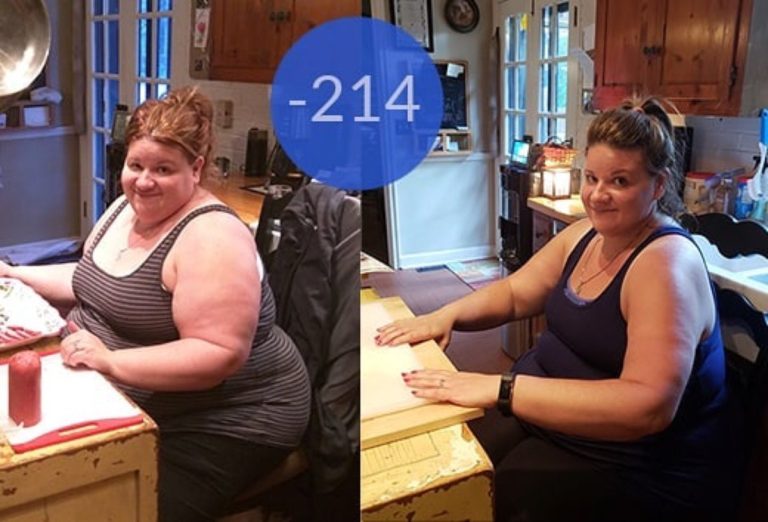 Perez has lost 225 lb. since starting CrossFit. You may recall her story from her 2018 feature in the CrossFit Journal or her time on the CrossFit Podcast. While she began her CrossFit journey for personal reasons — healing from abuse, reclaiming her life, and avoiding an early death — she has since shifted her focus to helping others.

Perez, whose friends fondly refer to her as Bean, remembers when she was afraid of the word “CrossFit.” She emphasizes how important it was “having a place that felt safe.” Now she’s making it her mission to support others who may be experiencing similar fears and doubts or are in need of a safe space.

So far, she’s attacking this mission on three different fronts: 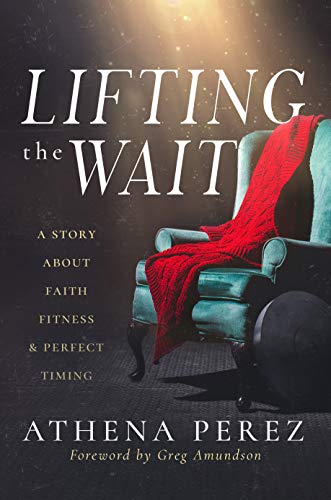 Perez published her first book earlier this year. Admittedly uncomfortable with the author moniker, she nevertheless wrote Lifting the Wait so she could face the feelings of fear, shame, and embarrassment she was working through while trying to become healthier and happier.

“Food wasn’t the issue,” Perez explained to me during our call. Her relationship with food developed from years of food-related abuse and its psychological aftermath. The food was a symptom of what she was going through, not the cause, she said.

In her book, Perez frames her story with a series of lessons she learned about cultivating faith and coping with trauma. The book is equal parts autobiography and self-affirmation. I planned to ask her what the next chapter might look like, but before I had the chance, I learned she has another full book in the works.

Lifting the Wait can be purchased from online retailers such as Amazon, but if you want an autographed copy, Perez recommends buying yours directly from her website.

“I don’t know that I really thought about opening up my own affiliate,” Perez said. “I knew that I wanted to do a little box at home, just for me.”

However, once she opened her services up to others, she realized: “There’s a bigger need than I thought!”

Now her aim has evolved: “I want to get people that know about CrossFit, but they’re too scared,” she said. 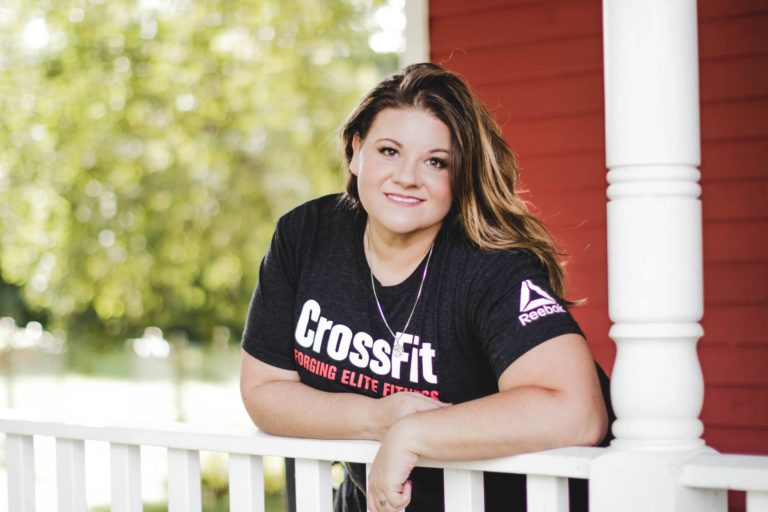 She believes there are two factors that make her program uniquely appealing: First, “There was an opportunity to do it virtually, where they wouldn’t have to leave their home.” This setup will make many athletes more comfortable, she said. The second factor is that many athletes will trust her to understand them and where they are coming from.

Some box owners and coaches unwittingly alienate overweight and obese athletes coming into their gym for the first time, Perez explained. Some will assume the athlete is there to lose weight when really they may just be looking for a place to belong. Other coaches may start by offering nutrition coaching when the first order of business needs to be working on the athlete’s self-confidence.

Perez believes a lot of these issues can be addressed by asking new athletes about their goals and checking in with them, supporting them, and sometimes acting as a cheerleader. “We’re going to have to become the cheerleader. It’s just a role that you’re going to have to play, because these people need support more than anything that you can imagine, because chances are, they have a weight problem because they haven’t had it,” she said.

She builds on her own experiences to reach these athletes, using her self-doubts about not matching what she thought a coach should look like to relate to others’ feelings about not looking like an athlete. She is able to empathize to build trust, and she understands common worries and anxieties held by members of the obese and overweight community.

To meet the needs of her specific demographic, Perez is open to using nontraditional approaches to coaching and community building at Scaled Nation. Despite its name, the focus of her programming is not only on scaling workouts.

“We’re talking about mindset,” she said. In any given week, her programming may include a Wednesday night discussion group and a Friday night cooking class. Discussions are important because they give her an opportunity to ask, “What do we need to feel better this week? What do we need to do to support you this week?”

The virtual setting of the class is uniquely supportive as well. “Because of the way it’s virtual, you can have these bigger classes and they’re around people that look like them,” Perez explained.

We Belong in CrossFit 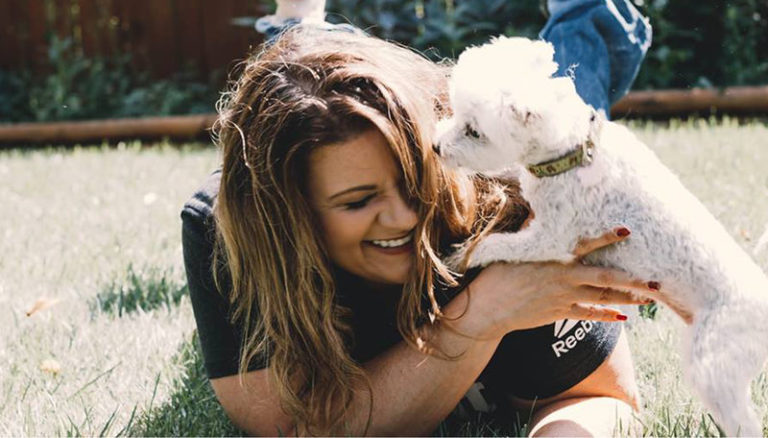 “Being overweight is one of the highest discriminations there is,” Perez said. “It’s a socially acceptable injustice to be discriminated against because you’re overweight. … It happens every single day.”

Perez’s third project to support inclusivity for overweight and obese athletes in the CrossFit community specifically combats the normalization of this type of discrimination; it is an Instagram account called webelongcrossfit.

There, Perez curates messages athletes have shared with her about their experiences in the box and in their day-to-day lives. Athletes write in about feeling alone, feeling supported, struggling with partner workouts, overcoming diabetes, experiencing microaggressions from coaches or peers, and reaching long sought after goals.

The posts frequently generate lively discussions, which Perez hopes will help make others in the gym more aware of the effects of their words and actions. Many of the posts provide lessons in empathy, which Perez thinks CrossFit trainers should actively cultivate in relation to overweight and obese athletes.

The webelongcrossfit account is also a place where Perez says people can reach out with difficult or uncomfortable questions, which she is always willing to entertain and approach objectively. For example, one person asked Perez whether she thought it is right to promote body positivity when it seems to condone ill health.

“If you look at the traditional body positivity movement, what we’re saying is it’s OK for a size 30 woman to put on a bikini and show the world how happy and amazing and wonderful she is. Do you feel, as a CrossFit coach, that that’s the best message to be putting out there?” Perez said, paraphrasing the question.

In response, Perez explained the importance of understanding the pursuit of better health as a personal journey. “You can meet people where they are at that moment,” she said. “There’s nothing wrong with an athlete that can be proud of themselves at a size 16 and go out there and flaunt themselves in a Born Primitive pair of booty shorts when they were coming from a size 32.”

This is just one example of body positivity. For another, Perez pointed out again that weight loss isn’t always the goal and it’s “not up to the coach to make that decision.” If a person is “happy at a size 30 or 20 or whatever — the number doesn’t matter — they have that right,” Perez said. “Celebrate people where they are comfortable and happy.”

“You’re not condoning an unhealthy lifestyle,” Perez said. “You’re celebrating where they’re at in their journey.”

To learn more about Perez’s story, check out Lifting the Wait or tune in for the Scaled Nation Podcast. 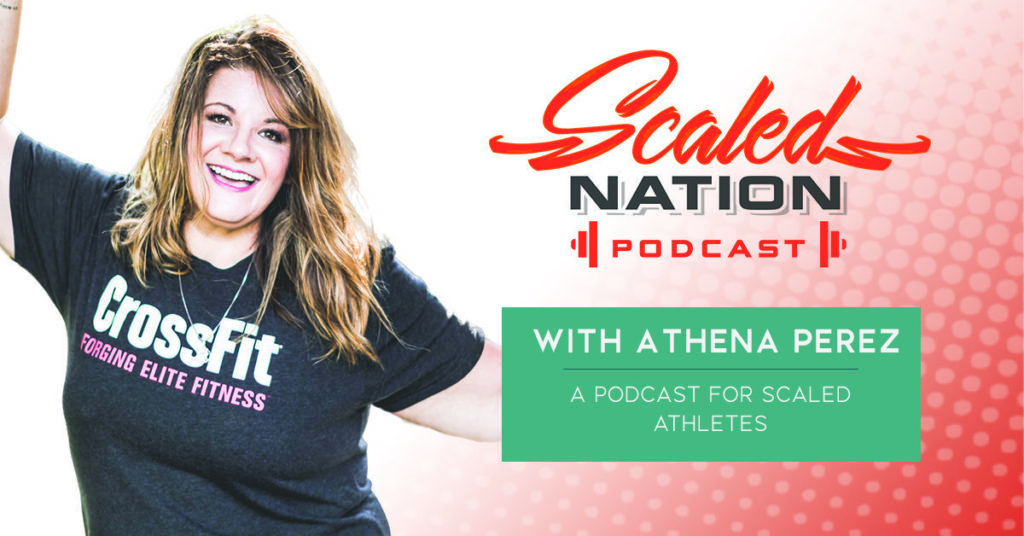