Takeaway: This large survey of patients from the Hubei province indicates well-controlled diabetes confers little additional marginal risk of severe COVID (compared to nondiabetics), while poorly controlled diabetes increases disease severity and may increase mortality among hospitalized patients as much as tenfold.

Multiple previous studies, including some summarized on CrossFit.com, have indicated Type 2 diabetes increases risk of severe COVID-19 infection and mortality. Previous research has found diabetes increases risk of morbidity and mortality related to a variety of other infections (1), and in particular, of coronaviruses (2). The specific mechanism by which diabetes increases disease risk is not fully understood but may be related to the deleterious impact of diabetes on pulmonary function (3), immune response(4), and the renin-angiotensin system (5). This study provided the most comprehensive survey to date on the severity of COVID-19 infection among diabetic patients.

Researchers surveyed 7,337 COVID-19 patients in China’s Hubei province. Subjects were excluded if they were younger than 18, older than 75, had incomplete medical records, or had a major preexisting medical condition (including Type 1 diabetes). Of these 7,337 patients, 952 were diabetic. The prevalence of diabetes among this sample (13.0%) was not significantly different from that seen in the general Chinese population (10.9%)(6). Diabetics were slightly older on average (mean age: 62, compared to 53 for nondiabetics) and, as expected, had higher rates of a variety of metabolic comorbidities including hypertension, heart disease, and kidney disease.

At entry, diabetics presented with more severe disease as assessed by a variety of markers. A larger share of diabetics had elevated leukocyte and neutrophil levels, decreased kidney function, increased levels of inflammatory cytokines, and increased D-dimer (coagulation status) than nondiabetics. Among diabetics, 18.8% presented with SpO2 below 95%, compared to 13.2% of nondiabetics. After admission, diabetics were more likely to require a variety of treatments, including antibiotics and antifungals. Diabetics were twice as likely to receive noninvasive ventilation and five times as likely to receive invasive ventilation as nondiabetics. In-hospital mortality was 2.9 times higher in diabetics (7.8%) than nondiabetics (2.7%). After adjusting for age, gender, and disease severity upon admission, the hazard ratio for in-hospital death remained 1.49 for diabetes. 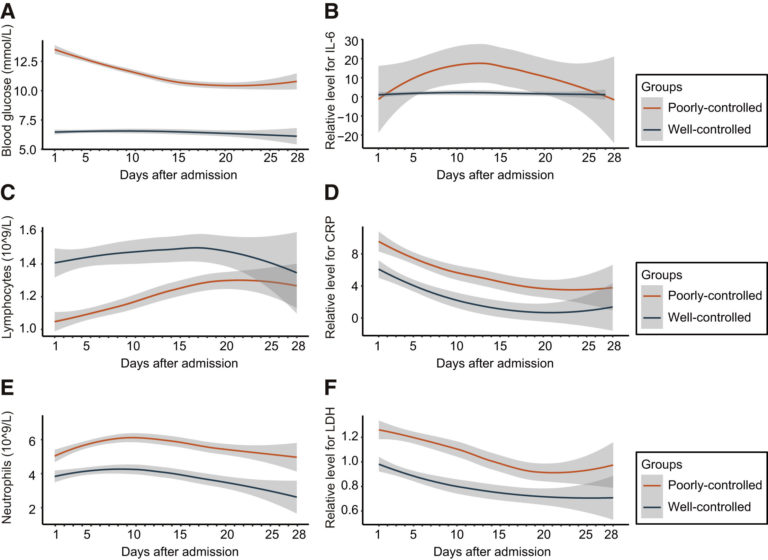 Figure 1: Curves illustrating patterns of multiple markers of immune response and disease severity in those with poorly controlled versus well-controlled diabetes 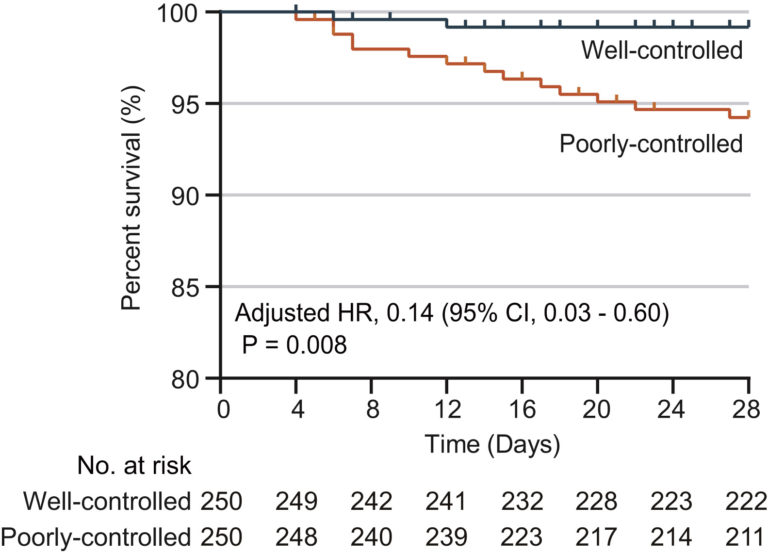 Figure 2: Survival curve for those with well-controlled compared to poorly controlled diabetes

Overall, these results indicate the relationship between diabetes and COVID-19 severity is largely if not entirely driven by the specific deleterious effects of hyperglycemia on disease state. Individuals with poorly controlled diabetes may be particularly vulnerable to severe cases of COVID-19 and possibly other coronaviruses. These same individuals, however, may be able to rapidly reduce their risk by establishing effective blood glucose control. As previously reviewed on CrossFit.com, carbohydrate restriction, the ketogenic diet, and exercise can be used to rapidly establish blood glucose control. This indicates lifestyle changes can play a direct role in infectious disease prevention and management.