The anterior and lateral muscles of the ankle equip the joint for various movements and functions. These muscles can be recruited for plantar flexion if they pass behind the lateral malleolus or for dorsiflexion if they cross in front of the talocrural joint (ankle). Those that cross in front also provide some extension (lifting) of the toes, those with medial distal attachments aid in inversion of the foot, and those with lateral distal attachments contribute to eversion.

Dorsiflexion of the foot via the anterior and lateral musculature is an important movement function. This type of movement occurs if the foot is the least stable end of the lever system, as in walking, running, or any other movement requiring the forefoot to be elevated. It is the opposition of plantar flexion via the posterior muscles.

In posture maintenance, where the foot is the most stable end of the system, the anterior muscles pull the shin forward. Like so many other posture-dominant muscles, these are predominantly slow oxidative and fast oxidative-glycolytic muscles. 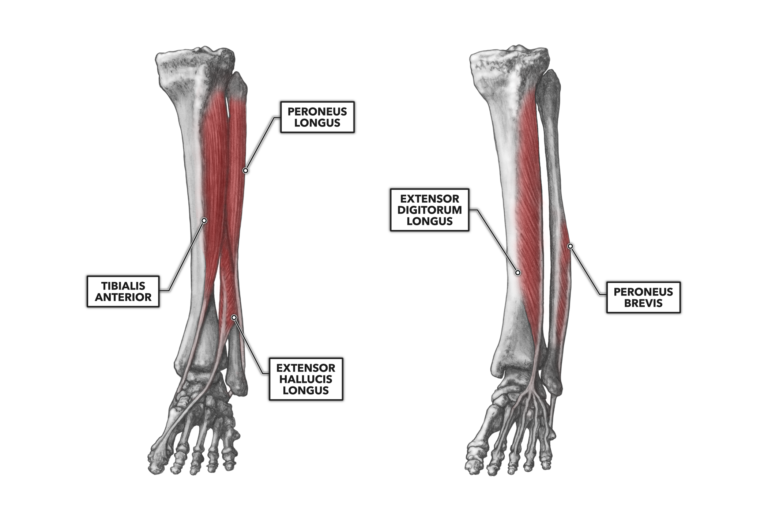 Figure 1: The anterior and lateral muscles of the ankle

Tibialis anterior – As its name indicates, this muscle is found along the anterior surface of the tibia, specifically the anterior and lateral surface. The muscle is quite superficial and attaches proximally along a line from just inferior to the tibial plateau and medial to the tibial tuberosity down approximately two-thirds the length of the tibia. It attaches distally to the medial cuneiform and at the proximal and inferior surface at the base of the first metatarsal. The primary function of the muscle is dorsiflexion, but as the orientation of the muscle angles across the lower leg lateral to medial, it also assists in inversion of the foot at the ankle.

Peroneus longus – The peroneus longus, also known as the fibularis longus, has a proximal attachment that runs from just inferior to the fibular head and down approximately one-half the fibula’s length. Its tendon is quite long and runs behind the lateral malleolus, attaching distally at the first metatarsal bone and on the lateral side of the medial cuneiform.

This muscle is located laterally, between the tibialis anterior and the gastrocnemius (a posterior muscle). It is a weak plantar flexor, but its tendon crosses the bottom of the foot at about a 45-degree angle, making it an effective everter.

Extensor hallucis longus – The name of this muscle offers two major clues about its location and function. “Hallucis” refers to the hallux (big or great toe), and “extensor” indicates the muscle will extend or lift the toe. Thus, the tendon is anterior to the ankle and on the foot’s dorsal surface. This orientation also makes it a dorsiflexor.

Owing to its diagonal track from the fibula to the first phalange, the flexor hallucis longus can contribute to inversion of the foot. The muscle attaches proximally to the central portion of the fibula and distally to the base of the second phalanx of the first phalange or hallux. Both the tibialis anterior and the extensor digitorum longus lie over the majority of the muscle.

Extensor digitorum longus – As “extensor” implies, this muscle runs along the anterior of the talocrural joint, and “digitorum” indicates the distal attachment is at the phalanges. It lies posterior and lateral to the tibialis anterior. It attaches proximally along a narrow line from the lateral condyle of the tibia down along the upper three-fourths of its length. Its distal attachments are at the bases of the second and third phalanx of the second through fifth phalanges.

The upper portion of the extensor digitorum longus is covered in part by the posterior gastrocnemius and lateral peroneus longus. The distribution of the distal tendinous attachments across the second through fifth phalanges indicates that in addition to its role in dorsiflexion, this muscle is a toe extensor. The placement of the tendon across the breadth of the foot limits its role in eversion or inversion.

The brevis attaches proximally along the lower two-thirds of the fibular shaft, with the tendon becoming apparent just superior to the ankle. The tendon passes to the posterior and inferior aspects of the ankle and attaches distally at the base of the fifth metatarsal.

The primary function of the peroneus brevis is plantar flexion, but the muscle also contributes some to the eversion of the foot. It lies largely underneath the peroneus longus.