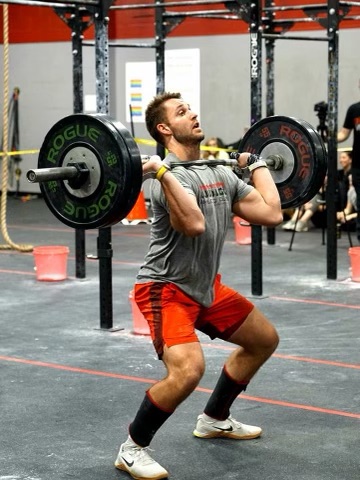 Not of the tot variety — one can surely assume even Olympic athletes appreciate some  deep-fried carbohydrates from time to time — but rather, a kettlebell swing flipped straight into a goblet squat.

“They all love the kettlebell tater,” said Shaun Tieman, owner and head trainer of Hoosier CrossFit in Bloomington, Indiana.

“Love to hate,” he clarified.

Since early 2020, Shaun has trained a small group of elite swimmers in preparation for the 2020 Summer Olympic trials and the games themselves. Four of them will take the lanes in Tokyo starting this Saturday: Two-time gold medalist Lilly King (Team USA) and returning Olympian Blake Pieroni (Team USA) as well as rookies Zach Apple (Team USA) and Bailey Andison (Team Canada).

It all started because of COVID-19. When the virus shut down the gym at Indiana University (IU) — where the swimmers trained and Tieman interned, coaching athletes across a variety of disciplines —  the athletes had nowhere to go.

“How about you just bring the swimmers over to my gym and we can work with them here?” Tieman said to the IU strength coach. “And he did.”

Not long after that, the coach left to take a job with the New York Mets, and Tieman — a 12-year affiliate owner— suddenly found himself an Olympic strength coach, a challenge he was eager to accept.

“We’ve had CrossFit Kids classes as young as 5 years old, and we run a longevity class (in which) our oldest member is 76,” he said. “One thing I hadn’t done was train somebody at that level, as far as an Olympic gold medalist.” 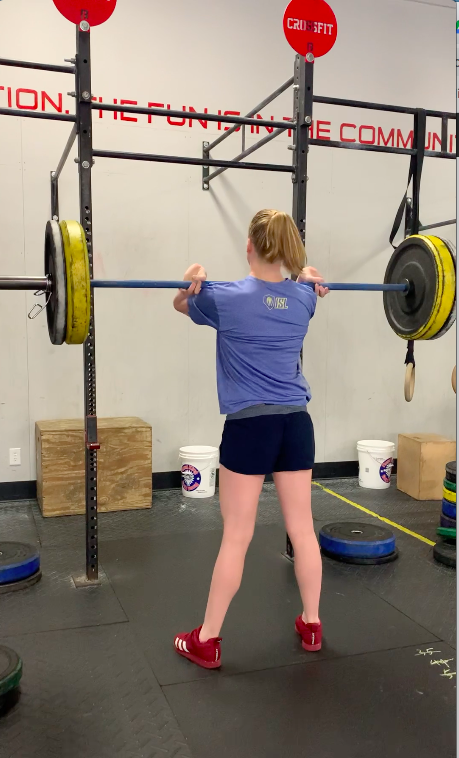 Technically, Tieman didn’t have the swimmers in his gym for long. When COVID-19 restrictions shut Hoosier CrossFit down for 67 days, the Olympians’ workouts looked a lot like the everyday CrossFit athlete’s: dumbbell workouts in the park, shuttle runs, and burpees. And taters, of course.

The swimmers found water where they could, borrowing time in private pools and even wet-suiting up for dips in the only-just-thawed waters of a local pond.

But even when restrictions were lifted and the IU gym reopened, they stuck with Tieman and CrossFit for their strength regimen.

Creating that regimen, Shaun said, required some strategic thinking. The goal was to increase the athletes’ strength and power — they got enough conditioning in the pool — but not at the expense of their swim training.

That meant a lot of Olympic and power lifts carefully optimized around meets. The further out from a meet, the heavier they lifted. Closer to a meet or trial meant light and fast.

“If you give them too much work to do and they’re really sore from exercising on dry land, it deters their training in the pool,” Tieman said. “But at the same time, if you don’t give them enough, then they’re not going to benefit from the strength and the power work that we’re trying to develop to make them better swimmers inside the pool.”

He also taught them to get gymnasty, programming ring work, handstand holds, and hollow-arch rocks and holds.

“In the pool, essentially what they’re doing is creating those exact same shapes of hollows and arches over and over again,” Tieman explained. “In the water, they’re buoyant, but they still have to have that control of the body position. … So that’s why we’ve worked a lot of that gymnastics stuff on dry land, (because) it translates into the pool, which has made them better on their kicks and turns and pulls in the water.”

And though King, Pieroni, Apple, and Andison are world-class athletes at the top of their sport, their CrossFit journeys are not so different from yours or mine. They didn’t get free reign of Hoosier CrossFit and all its toys from the get-go. Like any other first-timer, the Olympians began with the fundamentals.

“If you’re brand-new to the gym, then you start with our on-ramp,” Tieman said. “This whole group of swimmers all started with our on-ramp that I took them through for a month to teach them all those basics. That way we can build on the foundation of those pieces, because even though they’re amazing in the water, there’s still many things they couldn’t do outside of the water and inside our gym.” 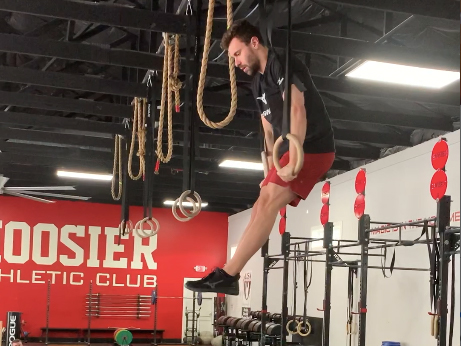 Of course, there’s something to be said for athleticism. Not long after learning the lay of the rings, Pieroni went head-to-head with Tieman on 30 muscle-ups for time.

“He killed me at that workout,” Tieman said. “And it’s kind of cool to be like, here’s this guy who’s won an Olympic gold medal in freestyle swimming, and we’re able to translate his upper-body pulling strength — which he’s so great at in the pool — to now ring work and gymnastics on dry land.”

The crew even bonded with the community at Hoosier CrossFit. While their training was separate, it often ran up against regular class times, giving the members a chance to get to know the elite athletes.

“It’s kind of cool for them because they get to see these people in the gym and then turn around and watch them on TV,” Tieman said. “They feel like they’re just as much a part of it as the swimmers are themselves, which has been a remarkable experience for our community as a whole.”

As for Tieman, the reward is in the results. Consider King, he said.

King holds the world record for the 100-m breaststroke, which she set at the 2017 FINA World Championships in Budapest with a time of 1:04.13.

“She hasn’t swam a 1:04 since she set that world record,” Tieman said. “And this year, she swam inside the 1:04 range three or four times leading up into trials and through the trials.”

King earned her return to the Olympic stage in June with a time of 1:04.79 in the 100-m breaststroke final.

“I think the most rewarding thing is just to kind of see the progress that they’re able to make with the training that we’re doing,” Tieman said of his athletes.

The first heat of swimming events at the Tokyo Aquatics Centre begins on Saturday, July 24. Click here for a full schedule of events. King will compete in the 100- and 200-m breaststroke, Pieroni and Apple the 100- and 200-m freestyle, and Bailey the 200-m individual medley (IM).

Tieman, who is in daily contact with the athletes, will be watching from afar. Hopefully, they’ll come home with a nice set of hardware. Either way, he’s already accomplished what he set out to do.

“It’s really fun for me to be able to train a variety of athletes (and) to show that the CrossFit methodology and what we’re doing inside the gym works for a brand-new person who’s never done this before all the way through the highest-level athletes,” he said. “To be like, ‘Our gym has the capability of coaching and training from a 5-year-old to an Olympic gold medalist.’”