Kerrie
Wearing a weight vest, 10 rounds for time of:

Kerrie Orozco, 29, was killed in the line of duty on May 20, 2015. A seven-year veteran of the Omaha Police Department, Orozco was killed just hours before she was set to start maternity leave. Her daughter Olivia Ruth was born prematurely on Feb. 17, 2015, and Orozco had put off maternity leave until she could bring her daughter home from the hospital.

Orozco is survived by her husband, Hector; two stepchildren, Natalie and Santiago; and baby Olivia.

She began CrossFit at CrossFit FitFarm and also worked out with fellow officers outside the affiliate.

She exhibited a passion for community service that went beyond her police duties. She volunteered with the Special Olympics and was president of the Police Officers Ball to benefit Special Olympics Nebraska. She also coached baseball for the North Omaha Boys and Girls Club. 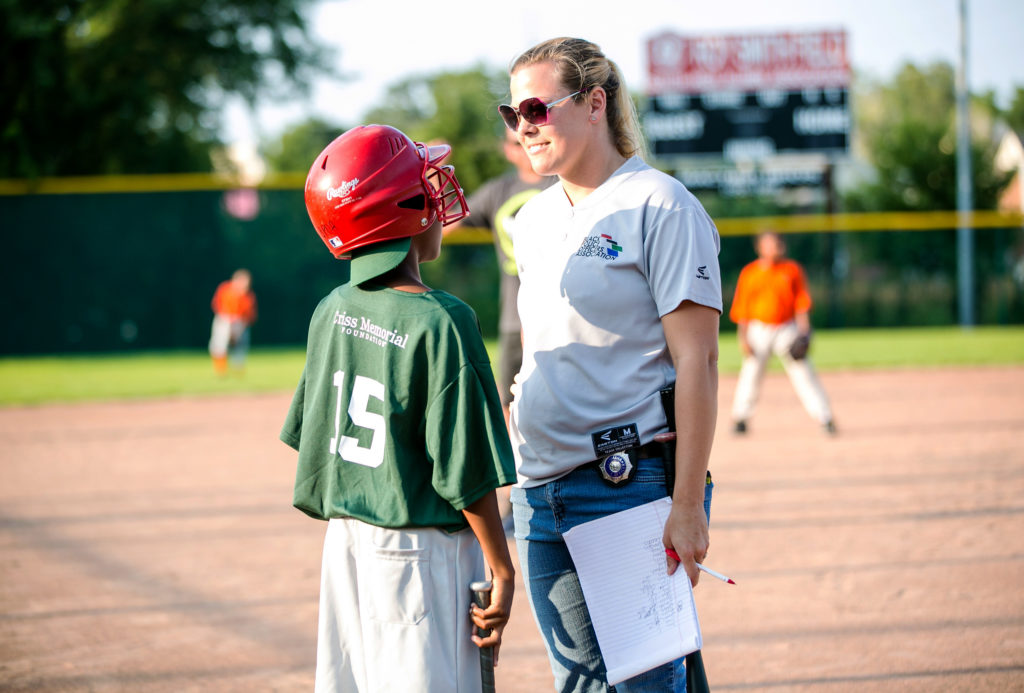