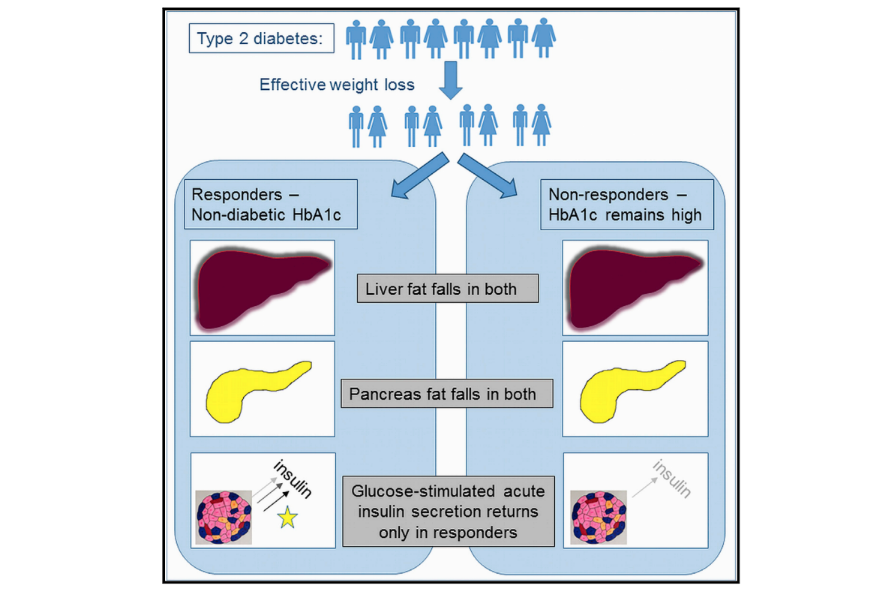 This 2018 paper on the Diabetes Remission Clinical Trial (DiRECT) reports the small share of diabetic subjects who fail to achieve glycemic control with weight loss differ only from successful responders in the ability of their pancreatic beta-cells to return to normal function. The DiRECT study thus further establishes that diabetes can be reversed through diet alone. Significantly, it also reinforces the importance of early intervention, as a diet started soon after diagnosis (before stressors have begun to degrade pancreatic beta-cell function) is more likely to successfully reverse diabetes.