In this comment posted to CrossFit.com on Aug. 5, 2015, Coach Greg Glassman elucidates CrossFit’s position on fitness education as contained in the Level 1 seminar, names CrossFit’s aspiring competitors (the NSCA and ACSM), and discusses their attempts to impose their certifications on all fitness trainers via licensure bills. The context is CrossFit, Inc.’s 2015 resistance to fitness licensure in Washington, D.C. 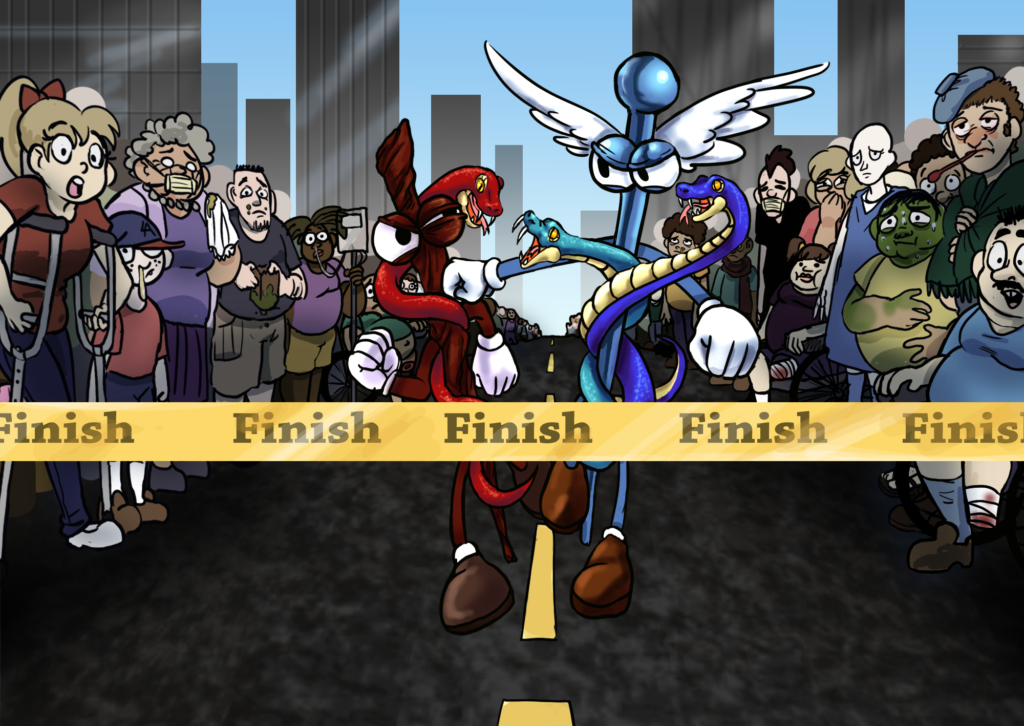 In contemporary U.S. culture, the caduceus, which depicts two snakes winding around a staff, is widely used as a symbol of medicine. However, prior to the 19th century, there is limited use of the caduceus in a medical context. In ancient Greece and Rome, for example, the caduceus represented Hermes and Mercury, respectively, and the Rod of Asclepius was widely associated with medicine. More recently, health-care organizations frequently use either symbol, with professional associations more likely to display the Rod of Asclepius and commercial organizations and hospitals more likely to use the caduceus.