Conventional wisdom holds that extended bouts of monostructural training (run, bike, swim, row, etc.), commonly referred to as “cardio,” confer distinct and powerful advantage to athletic conditioning. (Here) we explore the proposition that traditional “cardio” may be neither as distinct nor as powerful a contribution to general conditioning as widely believed. In fact, we assert that CrossFit-like programming provides a more effective stimulus for improving cardiorespiratory endurance than running, rowing, cycling or other traditional monostructural protocols.

“What About Cardio?” is an elaboration on the CrossFit approach to developing elite cardiorespiratory endurance.

For too many people, “cardio” is something good that happens to their heart and lungs only while sitting on a bike or running. For these people, we thought that seeing an athlete’s heart rate during CrossFit workouts and during more traditional “cardio” protocols might open the door to the possibility that workouts comprising elements traditionally seen as resistance or strength-training exercises could be used to elicit a potent cardiorespiratory stimulus. So we strapped a downloadable heart-rate monitor (Polar S720i) to several athletes and put them to work. 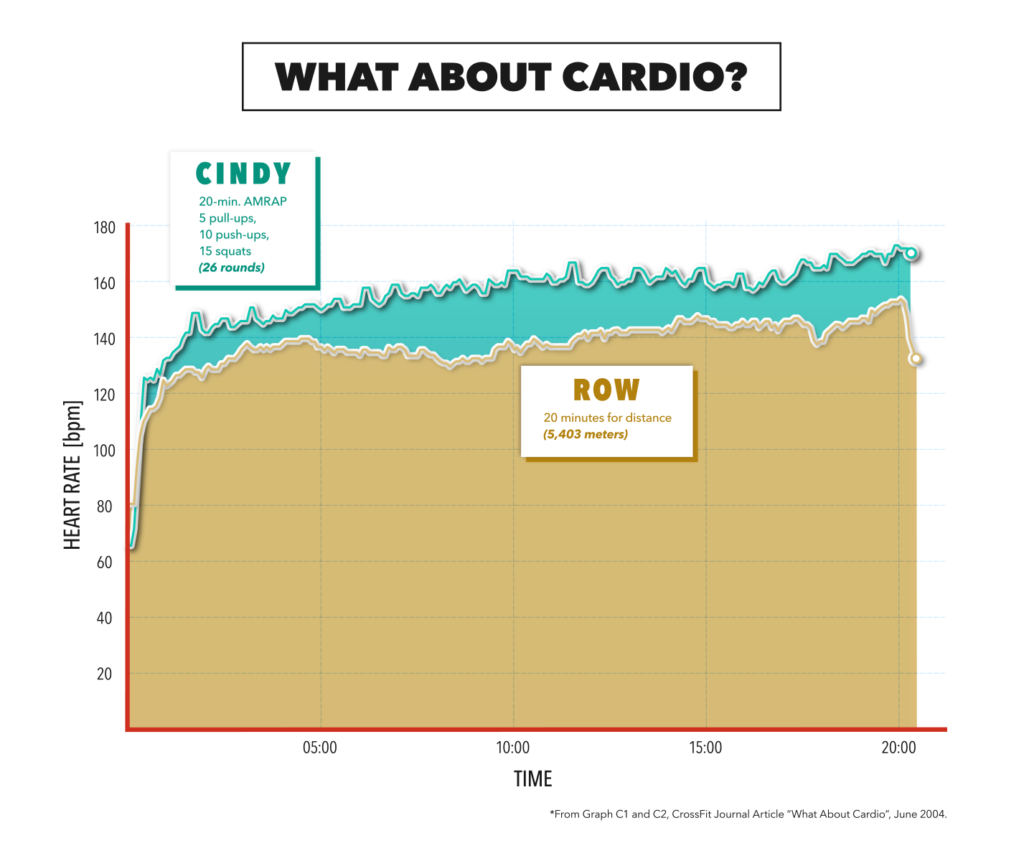