In parts 1-4 of the “Power of Progression” series, we covered standard progressions used in CrossFit certificate courses to teach complex movements like the push press and push jerk, sumo deadlift high pull, med-ball clean, and snatch. These are a few examples of progressions, and while we have found these particular examples effective, they are not the only possible progressions for these movements. There are also many other movements for which a progression may be an appropriate teaching tool. Thinking about and attempting to create your own progressions is a great way to develop a better understanding of a given movement while also providing your athletes with new learning tools.

When developing your own progressions, keep in mind you are attempting to navigate between two extremes — having too few steps in the progression will require athletes to take in too much information at once and prove difficult for them to follow successfully. Too many steps, on the other hand, will unnecessarily slow the process and possibly overwhelm the athlete with unnecessary information. Therefore, it is critical that each step of the progression has a clearly defined outcome. For example, in the push press progression, the initial step of the dip and hold is focused almost exclusively on the vertical dip position. Both the trainer and athlete should be acutely aware of this before moving on to the next step. If there are steps included that do not tie to a clearly identified point of performance, the piece may not be critical. Generally, four to five smaller skills culminating in the full movement is about right.

While complex movements are obvious choices when creating movement progressions, the ultimate goal is to accelerate the learning process of any movement. A good progression allows the full skill to be developed more quickly, which in turn allows for more quality full repetitions and creates a positive feedback loop.

Simple movements can also benefit from a different form of progression that is similar to a road map. For example, the air squat may not require a multistep progression, but presenting the points of performance one at a time will allow the athlete to retain the information more fully. For the first few reps, the focus may be on keeping the chest tall and spine neutral. The next few reps may shift the focus to keeping the heels on the floor. The movement itself hasn’t changed, but the focal point has. The best trainers establish a clear navigational path through these points of performance for their athletes.

Once your game plan has been established, remember the progression is a means to an end. A clear path to the full movement is the goal. Watch out for the tendency to become trapped in an endless series of steps that never culminate in the full movement. On the other hand, rushing to the end state when obvious errors are not resolved will result in frustration for both the athlete and trainer. Over time, the best trainers develop a sense of when to push an athlete to the next step and when to remain in the same place and practice. This threshold will vary from athlete to athlete, movement to movement, and session to session. Strive to remain observant and allow honest, consistent assessment to be your guide. 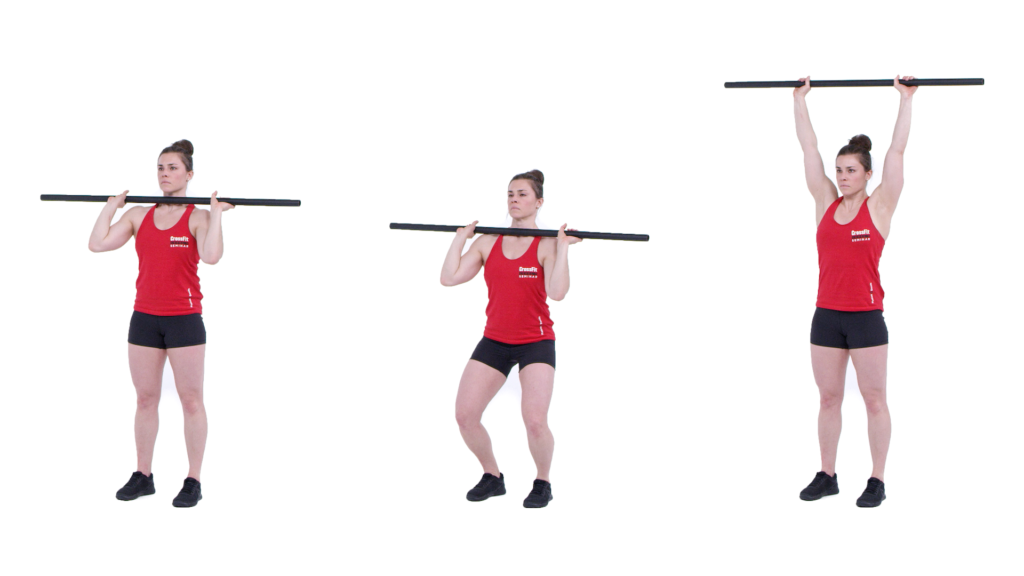