CrossFit | The Link Between Depression and Diabetes: The Search for the Shared Mechanisms

This 2015 review explores potential causal links between depression and diabetes.

The association between diabetes and depression has been known since at least the 17th century (1), with modern estimates indicating Type 2 diabetes increases depression risk by 20% and depression increases risk of diabetes by 60% (2). The prevalence of depression in diabetics is double that of the general population (3).

The most commonly proposed explanation for this link is that depression and diabetes share underlying environmental or lifestyle-related causes. Smoking, high BMI, low income, reduced physical activity, and poor diet all increase risk for both depression and diabetes (4). Awareness of diabetes may itself be a stimulus for depression, as diagnosed diabetics have higher rates of depression than individuals with undiagnosed but similarly severe diabetes (5). 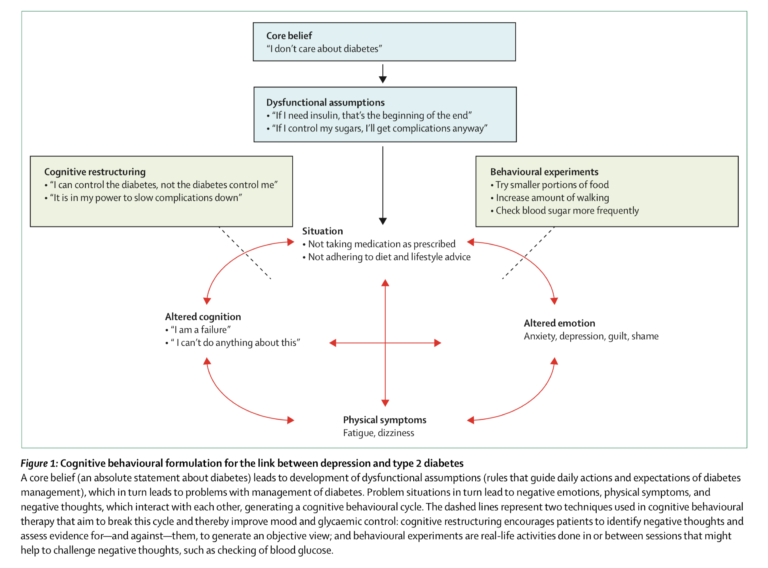 However, additional biological mechanisms may link the conditions. Inflammation is independently known to play a role in both conditions, with cytokines increasing diabetes risk (6) while decreasing serotonin production in the brain (7). High cortisol levels increase circulating fatty acid levels while reducing insulin-mediated glucose uptake (8) and suppress hippocampal neurogenesis (9). Similar circadian rhythms and sleep disturbances are seen in diabetics and depressed persons prior to diagnosis (10).

Overall, the current body of evidence indicates clear associations between diabetes and depression alongside multiple mechanisms that theoretically link the two conditions. There is currently insufficient evidence to clearly indicate whether one condition plays a causal role in the development of the other or they simply share underlying causes.

The takeaway: Individuals with depression are more likely to become diabetic and vice versa, but the reasons for this relationship are yet to be understood. The most likely cause is a shared pathology, which may be behavioral, biological, or a combination thereof.