CrossFit | Bones of the Knee

Walking, jumping, kicking, running, lifting — almost every task we take for granted as a normal part of human existence relies, at least in part, on the knee. The knee joint is a slight modification of a simple condyloid hinge joint that allows extension and flexion. Unlike other condyloid hinge joints, the knee allows for a very small amount of lateral and medial rotation. The bones of articulation in the knee are the femur of the thigh, the tibia and fibula of the lower leg, and the patella (or kneecap). 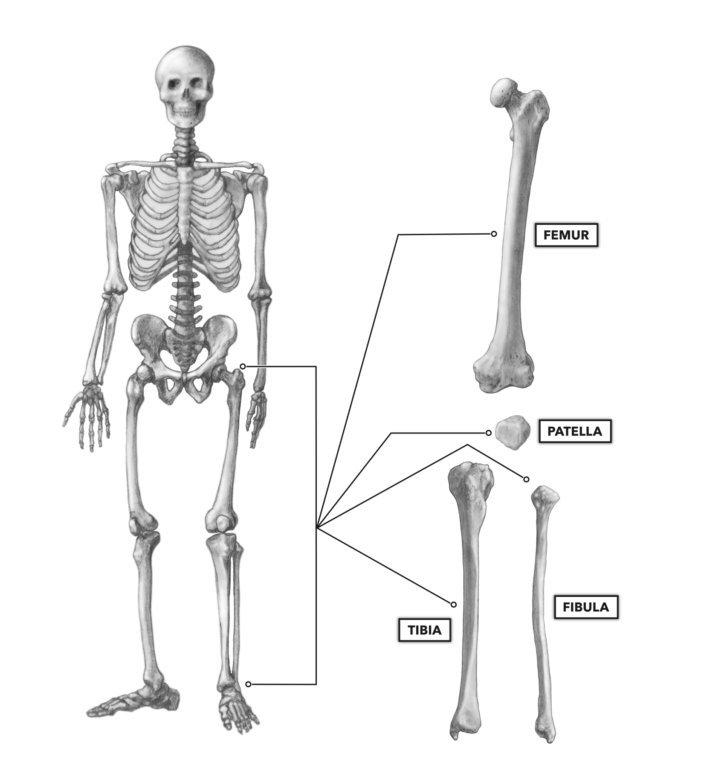 Figure 1: The bones of the knee

There are other articulations that aid in function and stabilization of the knee that are often not considered. The femorofibular joint (2) is where the lateral aspect of the proximal end of the tibia articulates with the lateral epicondyle of the femur by way of the lateral collateral ligament.

The patella articulates by way of tendon and muscle to the ilium and femur above (3). It articulates via ligamentous attachment to the tibial tuberosity (4). At the patellofemoral joint, the posterior side of the patella glides in close proximity to the patellar surface on the distal femur. Also relevant to knee structure and integrity are the tibiofibular joints (5, 6), which hold the fibula in place alongside the tibia. 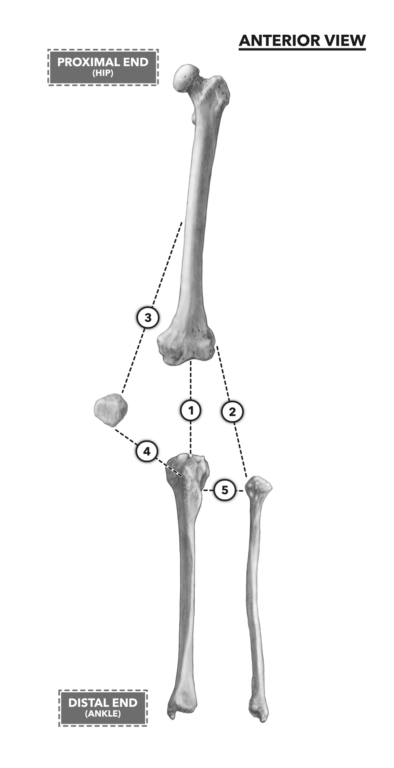 Figure 2: Articulations of the knee

The distal condyles of the femur (lateral and medial) serve as the points of articulation and rotation on top of the tibial plateau. The femur also has two epicondyles, one on each aspect of the bone, medial and lateral. They are superior to the level of the femoral condyles. These bumps are points of attachment for many muscles. On the posterior side of the femur at the knee, there is a somewhat triangular and flat popliteal surface, and just inferior to that is the intercondylar fossa. This fossa appears opposite the intercondylar eminences on the tibia and provides for ligament, neural, and blood vessel passage. 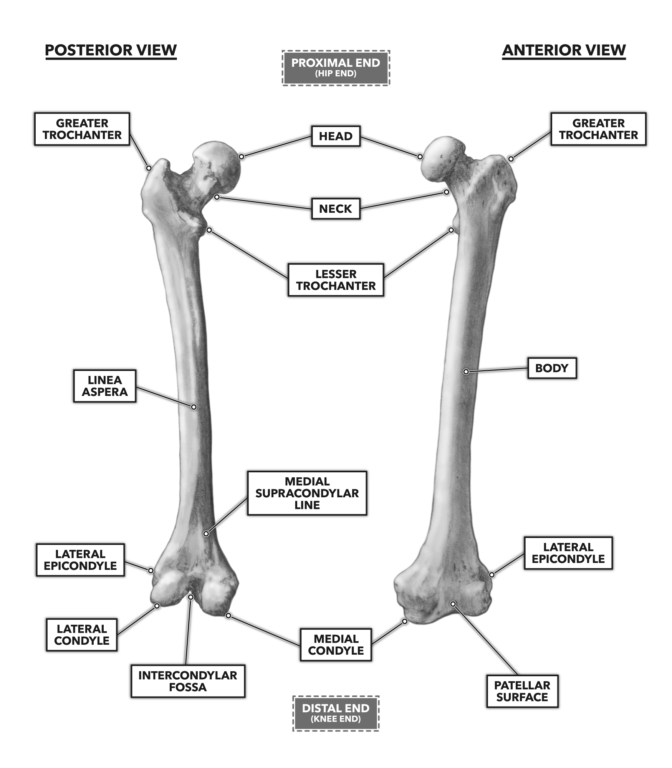 Figure 3: Anterior and posterior views of the femur

The patella is likely the most recognized feature of the knee, and it is located just anterior to the knee joint. The superior aspect of the patella sits in a shallow groove on the anterior surface of the femur between the femoral condyles. This groove is called the patellar surface. The lower aspect of the patella will extend just below the joint and hover over the most superior and anterior portion of the tibia (while standing), well above the tibial tuberosity. Note that the posterior surface of the patella is quite smooth and has shallow depressions, the medial and lateral facets, fitting the contour of the femoral patellar surface. 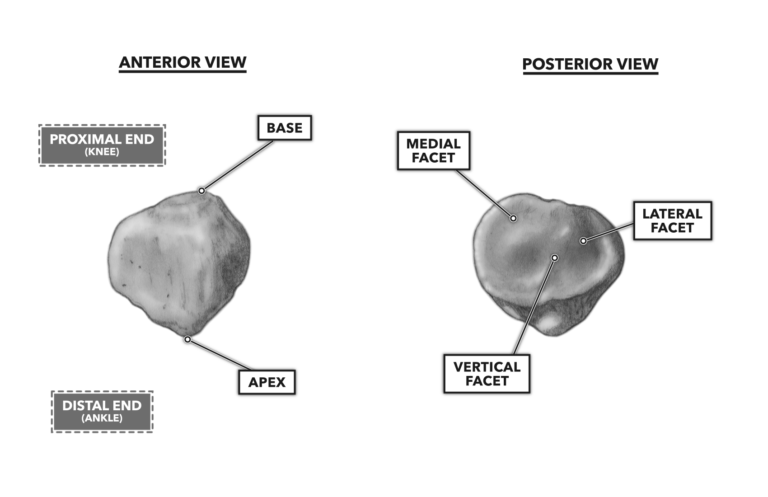 Figure 4: Anterior and posterior views of the patella

On the tibia, there three primarily anterior bony features: the medial condyle, lateral condyle, and tibial tuberosity. These three features serve as points of attachment for tendons and ligaments. On the superficial tibial surface, the tibial plateau, there are two medial bumps, one slightly anterior and one slightly posterior, each called an intercondylar eminence. The convex condyles of the distal femur sit atop the very shallow and concave proximal tibial articular surfaces that sit on top of the nearly flat tibial plateau. The plateau does have two very shallow areas accommodating the condyles, but there is very little bony architecture providing joint stability. 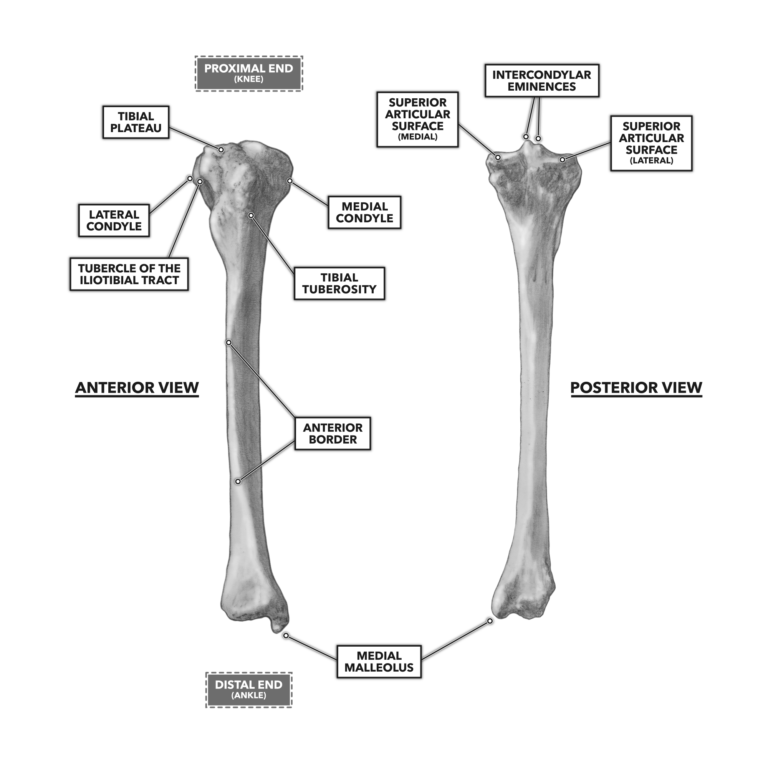 Figure 5: Anterior and posterior views of the tibia

The fibula articulates with the lateral tibia at two primary points and to the lateral aspect of the femur above it. The fibula is enmeshed in the connective tissue of the knee but provides a moderately small architectural contribution to the joint. It does provide points of connection for some knee musculature. 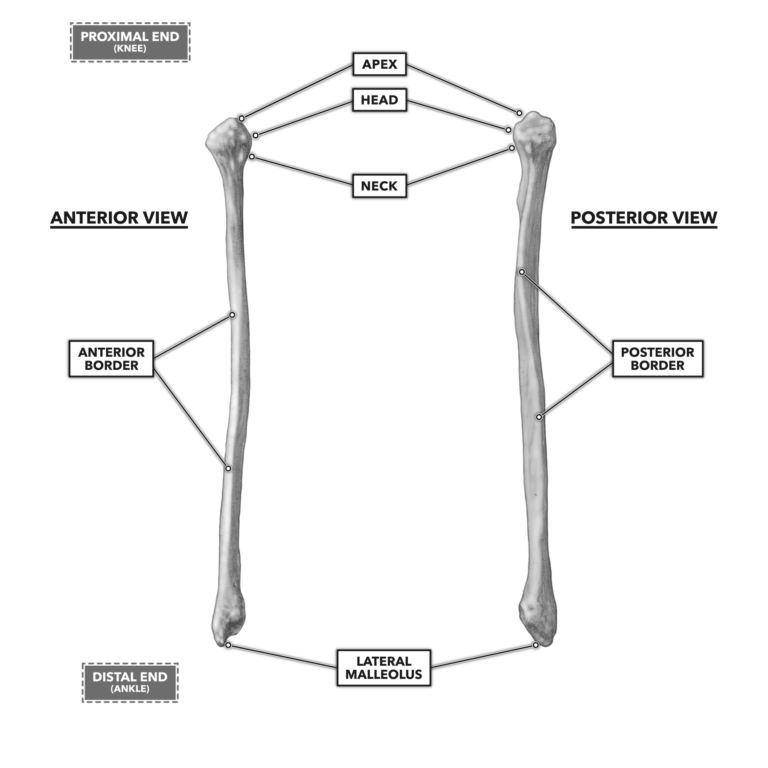 Figure 6: Anterior and posterior views of the fibula

The knee is a very important joint, essential for taking the lower human body through a full range of motion in athletic performance as well as the normal requirements of life. Its unique structure allows for flexion, extension, and lateral and medial movement but also makes the knee less stable than other joints in the body such as the hip.