Every load carried, pulled, or pushed with the hands transmits its weight to the axial skeleton and then the ground through the shoulder skeleton and musculature. You can’t pull a weight off the ground without shoulder muscle contribution. You can’t push overhead without significant shoulder contribution. Even something as simple as holding a bag of groceries recruits the muscles of the shoulder.

Muscles of the shoulder can be divided into two strata: palpable superficial muscles and non-palpable deep muscles. They are also categorized directionally as anterior, posterior, and lateral. The posterior muscles include the trapezius, levator scapulae, rhomboideus, latissimus dorsi, triceps brachii, biceps brachii, serratus anterior, and deltoideus. Note that some muscles have anterior, lateral, and posterior aspects. 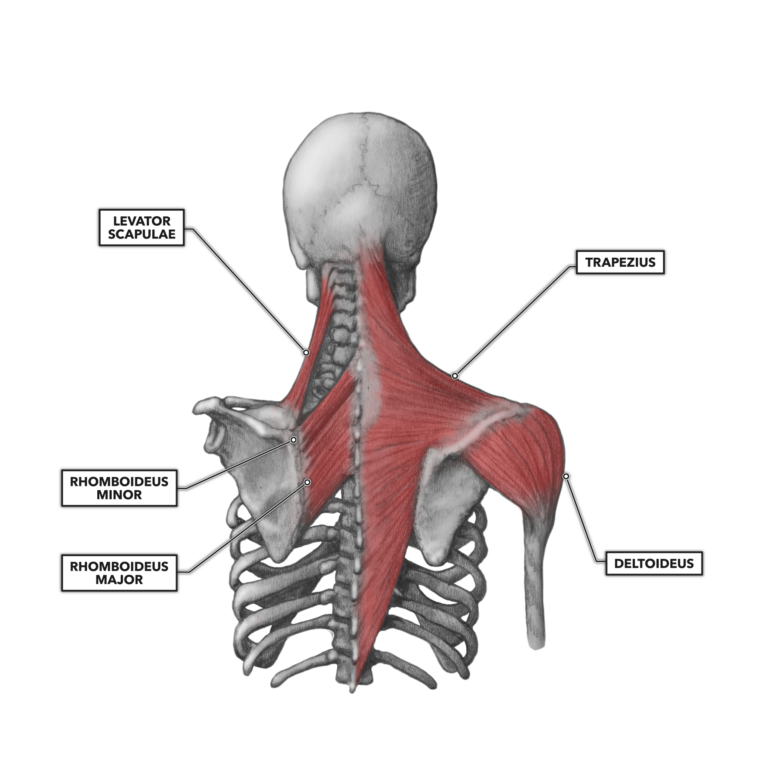 Figure 1: The posterior muscles of the shoulder: the trapezius and underlying levator scapulae, rhomboideus, and posterior aspect of the deltoideus

Trapezius – The trapezius, also called the spinotrapezius, is the large and recognizable superficial muscle of the upper back. Its geometric shape is roughly trapezoidal and thus the source of the muscle’s name. It extends vertically from as high as the occipital bone and occipital protuberance to as low as the thoracic vertebrae. It spans laterally from the vertebral processes to the spine of the scapulae.

Rhomboideus – The rhomboideus has two sections (major and minor) that appear, as the rhombus prefix would suggest, as a diamond shape. The minor is smaller and superior to the major. Although the rhomboideus comprises two distinct muscles, these muscles function as a single unit.

Levator scapulae – The levator scapulae is a muscle found deep and inferior to the trapezius. It attaches proximally to the transverse processes of the atlas, axis, and third and fourth cervical vertebrae. Distally, it attaches to the superior medial scapular border. When the axial skeleton and skull are held stable, this is a load-bearing muscle that elevates the medial scapula. As such, it will fatigue during activities like backpacking or carrying heavy loads, as in the farmers carry. 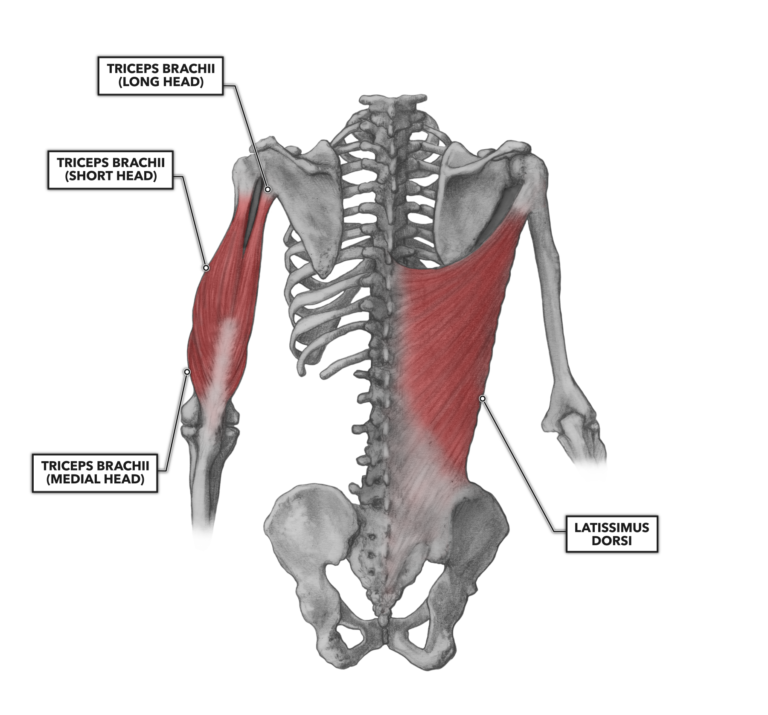 Latissimus dorsi – Although many people think of the latissimus dorsi as the very broad (“latissimus” means “broadest” in Latin), very large superficial back muscle that gives the upper body its V-shape, it is actually a very strong contributor to shoulder function. In fact, it carries out five movement roles at the shoulder, some more important than others: extension, adduction, horizontal abduction, flexion from an extended position, and internal rotation. The muscle also contributes to extension and lateral flexion of the lumbar vertebrae.

The latissimus dorsi is located lateral and inferior to the trapezius. It has multiple proximal attachments on the lower back, including the lower four ribs (lateral and posterior aspect), the vertebral column from the sacrum to the mid-thoracic level, a very small attachment at the inferior angle of the scapula, and the posterior crest of the ilium. The latissimus dorsi tendon on the humerus passes under the axilla (armpit), around the humerus to the anterior. It also distally attaches along the bicipital groove between the pectoralis major and teres major.

The mass of this muscle is indicative of its dominance over humeral position. It can pull the humerus to the posterior and internally rotate the bone with great force. In concert with the deltoid, it is responsible for both gross movements and joint stability during shoulder movements. 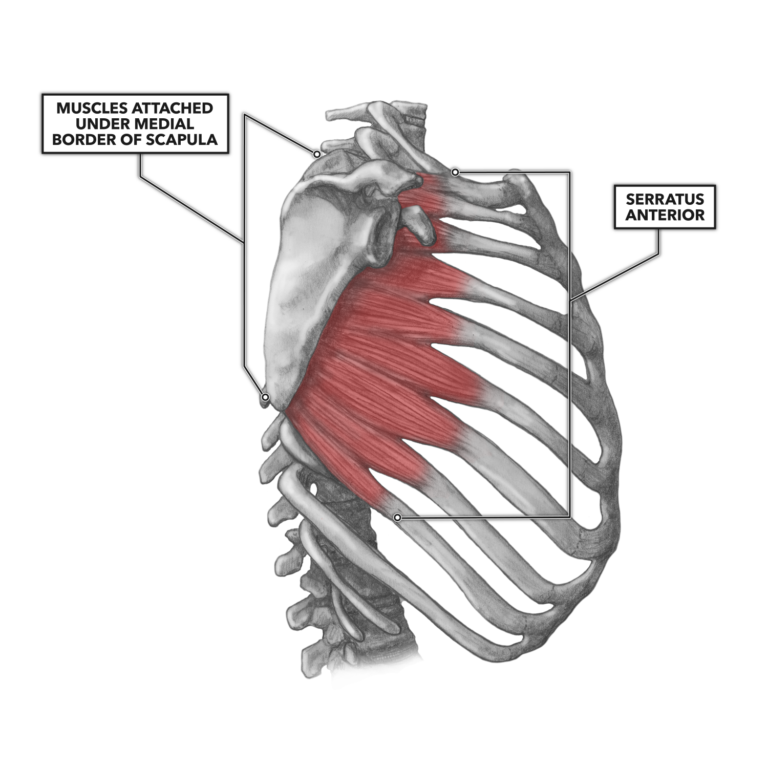 Figure 3: The serratus anterior has anterior, lateral, and posterior aspects.

Serratus anterior  – The serratus anterior can be characterized as an anterior, lateral, and posterior muscle. It is identifiable by its characteristic sawtooth appearance, with several visible and distinct segments attaching proximally to the upper eight or nine ribs and distally to the anterior medial surface of the scapula along its inferior border. The muscle and tendons of each of its three segments pass under the scapula, lateral to medial.

During most contractions of the serratus anterior, the ribs will be more stable than the scapulae (they innately have less potential for mobility). As such, the scapulae will move along the line of action dictated by the orientation of the muscle fibers.

An exception to this occurs with any exercise or sporting activity involving suspension of the body by the hands and arms — e.g., pull-ups and rope climbs. In suspension, the scapulae will be the most stable structure in the system, and the serratus anterior muscles will be used to assist in elevating the thoracic segment of the body. 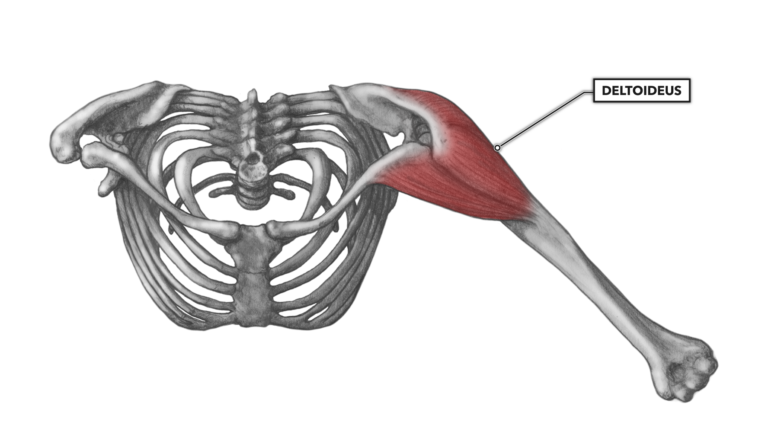 Figure 4: The deltoideus has anterior, lateral, and posterior aspects.

Deltoideus – The deltoideus, more commonly called the deltoid, is a moderately large, upside-down delta-shaped (Δ) muscle lying over the glenohumeral joint. The muscle attaches to several skeletal features, and each attachment is associated with a distinct segment of the muscle. The anterior segment of the muscle attaches proximally at the inferior lateral third of the clavicle. The medial segment attaches proximally at the superior surface of the acromion process. The posterior segment attaches proximally along the inferior aspect of the scapular spine. All three segments attach distally to the deltoid tuberosity of the humerus via a common tendon.

The deltoid functions to flex, abduct, and extend a straight arm against resistance applied to the anterior, lateral, and posterior. It is normal for each of these segments to function together as a unit. However, it is also normal for the segments to be differentially recruited during flexion, extension, and abduction of the humerus. For example, the anterior deltoid is heavily recruited in the flexion of the humerus to the anterior along the sagittal plane; the medial segment contributes somewhat to this movement, and the posterior segment contributes even less.

The deltoid is an important prime mover of the shoulder due to the wide variety of motion possible given its multiple attachments around the very mobile glenohumeral joint. It is also a very important stabilizer of the glenohumeral joint. Contraction of the deltoid pulls the humerus and glenoid fossa together, and it does so more forcefully and effectively than any other shoulder muscle or group of muscles.