This 2019 mouse study demonstrated strength training reverses the negative impact of obesity on liver fat accumulation and glycemic control. Significantly, this reversal took place independent of a reduction in overall weight or adiposity.

Mice were fed a high-fat diet for 14 weeks to induce obesity. They were then split into two groups; half remained sedentary and half were put through a strength training regimen during which they climbed a ladder multiple times daily with increasing weights attached to their tails over 15 days. Both groups were compared to each other and lean controls. 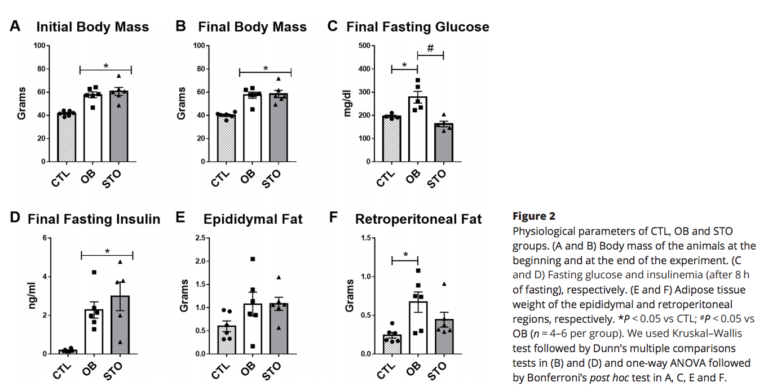 Strength-trained mice did not decrease overall body weight or adiposity compared to obese, sedentary mice. This indicates the metabolic improvements noted above occurred independent of any overall change in weight. This is a critical finding, as previous studies testing the effect of exercise on hepatic fat content and insulin sensitivity have induced weight loss and thus were unable to determine whether exercise reduces liver fat content independently or only as a consequence of whole-body fat loss.

In sum, this short mouse study demonstrated strength training can meaningfully reverse the negative impact of obesity on liver fat and glycemic control, even without inducing overall weight loss.