Statins, a class of drugs launched in 1987, inhibit the synthesis of cholesterol by blocking the actions of an enzyme called HMG-CoA reductase, which is involved early on in a complex multi-step process whereby acetyl CoA is converted to cholesterol. Therefore, statins are also known as HMG-CoA reductase inhibitors.

All statins decrease the level of low-density lipoprotein (LDL), an important cholesterol-containing lipoprotein that many believe is atherogenic (causing atherosclerosis). On average, statins lower the LDL level by around 30%, although at high doses, this can be over 40%.

Statins have become the single most prescribed class of drugs in medicine, and well over 100 million people worldwide take them daily. The most commonly prescribed statins are simvastatin and atorvastatin.

Statins are generally considered safe, with very few adverse effects, and they are reported in various clinical trials to reduce the risk of cardiovascular (CV) events by up to 40%.

Eight different statins have been brought to market. One, cerivastatin, was withdrawn because it caused a significant number of cases of rhabdomyolysis (rapid muscle breakdown).

There are no statins that remain patent protected. Therefore, they can be produced and sold by any company able to meet the required manufacturing standards.

Most authorities and guidelines support and promote statin use for an ever-increasing number of people. The guidelines have been regularly adapted to widen the potential population advised to take statins. Treatment is now recommended in younger age groups, at considerably lower LDL levels, and at lower calculated CV risk than in the past.

However, a number of doctors and researchers believe the adverse effects of statins have been underreported and the benefits inflated by the use of inappropriate outcome measures.

Of greater concern, some researchers claim the statin studies carried out before January 2006 were not subject to newer and more stringent clinical trial regulations and, therefore, may have been subject to considerable bias (1). This could render their results invalid.

The organization that has produced the most detailed and influential data on the benefits and adverse effects of statins is the Cholesterol Treatment Trialists Collaboration (CTT), based in Oxford in the U.K. This group was granted permission by various pharmaceutical companies to hold all their data from the statin clinical trials.

It should be noted that these data remain confidential, and no independent researchers have been granted access to review them (2).

Based on the clinical trial data it holds, the CTT has published a number of meta-analyses on statin treatment. The most recent review of adverse events was the Lancet paper “Interpretation of the evidence for the efficacy and safety of statin therapy.” The key points with regard to drug-related adverse events were as follows:

The only adverse events that have been reliably shown to be caused by statin therapy are myopathy (defined as muscle pain or weakness combined with large increases in creatine kinase blood concentrations) and new-onset diabetes mellitus, along with a probable increase in strokes due to bleeding (i.e., haemorrhagic strokes).

Typically, treatment of 10,000 patients for 5 years with a standard statin regimen (such as atorvastatin 40 mg daily) would be expected to cause about 5 cases of myopathy, 50-100 new cases of diabetes, and 5-10 haemorrhagic strokes.

Despite reports based largely on non-randomised observational studies, there is good evidence that statin therapy does not cause adverse effects on other health outcomes (chiefly muscle pain and weakness) that have been claimed to prevent a large proportion of patients from continuing it long term (so-called “statin intolerance”).

Large-scale evidence from randomised trials rules out excesses of muscle pain and weakness with statin therapy of more than about 10-20 cases annually per 10,000 treated patients, with only about one of those cases being associated with large creatine kinase elevations (i.e., myopathy) and requiring statin discontinuation.

Absolute excesses of adverse events that are caused by statin therapy are not more than about 100-200 per 10,000 patients (i.e., 1–2%) treated for 5 years, and it is unlikely that large adverse effects on serious adverse events await discovery.

In effect, the authors conclude that one or two people in 100 may suffer an adverse effect, and these adverse effects are mainly of little significance and reversible. However, there are reasons to believe that these figures may represent a considerable underestimate.

Participants in clinical trials do not accurately reflect real-world use

Data gained from randomized controlled trials (RCTs) does not necessarily reflect real-world use for a number of reasons. In the case of statins, the vast majority of trial participants, particularly in the early clinical studies, were middle-aged men. For example, the West of Scotland Coronary Prevention Trial (WOSCOPS), an early and highly influential statin study, looked only at middle-aged men.

In addition, those taking other medications, or people with comorbidities, are usually excluded from trials by stringent protocols. Equally, there have been very few statin studies that include the elderly. Yet, in the U.S., statins are recommended for every male over the age of 60 and every woman over the age of 70.

As Hun-Sung Kim et al. explain, “The majority of clinical guidelines are given on the basis of the resultant values deduced from RCTs. However, a disadvantage is that participants may fail to reflect the actual clinical site sufficiently to represent the entire population, given the clear set of inclusion or exclusion criteria. This drawback of exclusion has been deemed a bias” (4).

Effectively, this means the data obtained from statin RCTs will underestimate the true incidence of adverse effects in a wider population and may have little to say on the adverse effects of statins in particularly important populations.

Significant adverse events have been missed in clinical trials

It is now clearly established that statins significantly increase the risk of Type 2 diabetes. However, this adverse effect was not noted until the JUPITER study was published in 2008. Indeed, the first trial reports suggested statins may actually protect against diabetes.

As Jill Crandall et al. note, “The earliest report of a statin-diabetes association suggested a protective effect of pravastatin on diabetes incidence” (5). Since then, however, it has become increasingly clear that this is not the case (5). 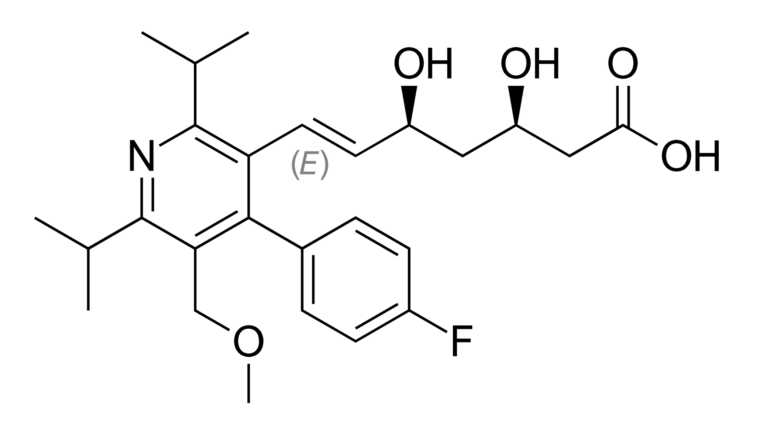 Fariba Ahmadizar et al. found, “Every use of statins was associated with a 38% higher risk of incident type 2 diabetes (HR = 1.38; 95% CI: 1.09–1.74). This risk was more prominent in subjects with impaired glucose homeostasis and in overweight/obese individuals” (6).

While diabetes is both a clinical and statistically significant effect of statins, it was not picked up in over 20 major randomized studies of statins prior to JUPITER.

The inability of the clinical trials to reliably spot serious adverse events is further highlighted by the history of cerivastatin, the only statin to have been withdrawn from the market. Yet the early clinical trials found it to be highly beneficial, with adverse effects comparable to those of other statins.

A 1998 review of trial data found cerivastatin to be safe: “Cerivastatin is a well-tolerated and effective lipid-lowering agent for patients with hypercholesterolaemia,” the researchers wrote (7).

These results were “confirmed” later in 1998: “The pooled efficacy and safety analysis have shown that at 1% of the doses of other statins, cerivastatin as a safe, well-tolerated, and highly effective HMG-CoA reductase inhibitor,” wrote the authors of another study (8).

In 2001, cerivastatin was withdrawn from the market.

In a discussion of the drug’s relative risks, Curt Furberg and Bertram Pitt explained, “Cerivastatin was recently withdrawn from the market because of 52 deaths attributed to drug-related rhabdomyolysis that [led] to kidney failure. Rhabdomyolysis was 10 times more common with cerivastatin than the other five approved statins” (9).

Again, this was a highly significant, fatal adverse event that had not been noted in clinical trials — this, despite the fact that the rate of rhabdomyolysis with cerivastatin was approximately 10 times that of other statins.

This is discussed in the paper “Hard-Wired Bias: How Even Double-Blind Randomized Controlled Trials Can Be Skewed From the Start” (10):

Consider the open-label “run in period.” The Heart Protection Study, a randomized trial of 20,536 high cardiovascular risk individuals, tested whether simvastatin at 40mg daily could improve outcomes compared to placebo … . Notably, this trial utilized a 4-week placebo run in period followed by a 4-6 week simvastatin run in period prior to randomization … . Altogether, 11,609 patients who were eligible for the study and began the run-in period dropped out prior to randomization. Thus, over a third of the patients who began the study were not randomized, and no set of specified inclusion criteria can define the set of patients who remained.

There are other important issues related to the inherent bias of RCTs with regard to adverse effects. However, it is clear that the data from RCTs cannot accurately capture the true rate of adverse events that will be seen in real-world use of statins.

This has been confirmed in a number of studies, including the PRIMO Study, “Mild to Moderate Muscular Symptoms with High-Dosage Statin Therapy in Hyperlipidemic Patients.” The researchers behind this well-designed observational study found over 10% of people suffered muscle pains taking statins. “Overall, muscular symptoms were reported by 832 patients (10.5%), with a median time of onset of 1 month following initiation of statin therapy,” the researchers observed (11).

This is 10 to 20 times the rate reported by the CTT investigators. An even higher rate was found in the USAGE survey “Understanding Statin Use in America and Gaps in Education.” This was the largest survey conducted in the U.S. that involved those taking and those who had stopped taking statins. It involved more than 10,100 statin users. The survey uncovered the following findings:

Three out of ten respondents experienced side effects of muscle pain and/or weakness, and 34% stopped taking their statin because of these side effects without consulting with their doctor.

More than six in ten respondents (62%) said they discontinued their statin due to side effects, with the secondary factor (17%) being medication cost.

Approximately 57% of former statin users who did not refill a prescription did so because of side effects.

This type of real-world evidence is further supported by a paper in JAMA, which reported:

Statin intolerance related to muscle symptoms represents a major unresolved challenge to the delivery of optimal cardiovascular care. The reported incidence of statin-associated muscle symptoms in observational studies ranges from 5% to 29% of treated patients, varying by statin and dose. (12)

A counterargument is that those complaining of adverse effects are most likely simply suffering the nocebo effect, which causes patients to experience adverse effects because they believe they will. This is the inverse of the placebo effect.

However, an RCT found that many of those who complained of adverse effects did so again in a placebo-controlled study.

More worrying is that significant yet relatively uncommon adverse effects may not be picked up in the RCTs. For example, motor neurone disease may be an adverse effect of statins that long went undetected. This is a rare condition but is extremely serious and irreversible. A recent observational study suggested that statins may significantly increase the risk of this disease.

In their analysis of the effects of simvastatin, the researchers found, “For simvastatin, an ROR of 57.1 (39.5-82.7) was separately present for motor neurone disease” (13).

Recent studies such as this one suggest statins may lead to far more adverse effects than were noted in earlier RCTs. This should be of concern, as statins are now regularly prescribed to well over 100 million people per year.